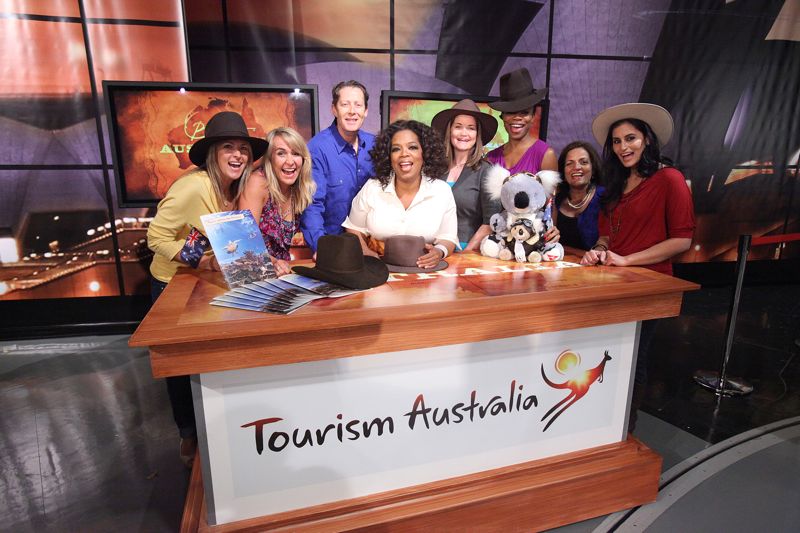 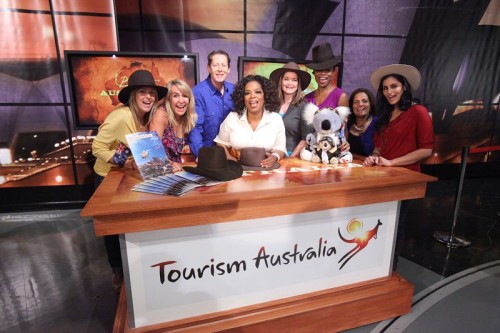 Speaking at a media conference in Sydney today, Mr Dixon said Australia will be profiled on at least two full episodes plus the season premiere, which went to air overnight, as part of the program's 25th season. "The Oprah Winfrey Show" reaches a global audience across 145 countries.

Mr Dixon said Qantas Airways, Tourism New South Wales, the Sydney Opera House, Tourism Victoria, Tourism Queensland, R.M. Williams and Network 10 were also partners in the venture. Other States and Territories may also be given the opportunity to be involved through editorial profiling opportunities.

"The fact that Ms Winfrey has chosen to share her first visit to Australia with her television audience is a huge backing for our country and provides an amazing opportunity for Australian tourism," Mr Dixon said.

"We can showcase why there's nothing like Australia to audiences around the world and encourage them to come and explore our country for themselves whether it's their first time or their fifth time."

Audience members attending the show's farewell season premiere episode were given one of the biggest surprises in "Oprah" show history when Ms Winfrey announced that they were all going to Australia. "The Oprah Winfrey Show: Oprah's Farewell Season Premiere With Special Guest John Travolta" show aired at 9:00am this morning in Chicago (1:00am Sydney time).

Tourism Australia's partnership with "The Oprah Winfrey Show," will see Ms Winfrey, her correspondents, and 300 of Oprah's most loyal viewers travel on an eight-day, seven-night trip to Australia, to film at least two episodes of the program during December.

The "Oprah" show cameras will be on hand to capture their journeys around Australia as well as bring everyone together at the steps of the Sydney Opera House "“ or as it will be known that week the "Oprah House" "“ for a spectacular show featuring Australian talent and special guests. Episodes will air first in the US in early 2011 and then roll out to other global markets.

Mr Dixon said the theme of the Australian visit "Oprah's Ultimate Australian Adventure" is a perfect fit for taking Australia's tourism message to the world.

"We know Australia is a dream destination for millions of people and the partnership with "The Oprah Winfrey Show" is a real opportunity to show how they can make their dream of visiting Australia a reality," Mr Dixon said.

LAN Airlines Announces the Biggest Deal of the Year