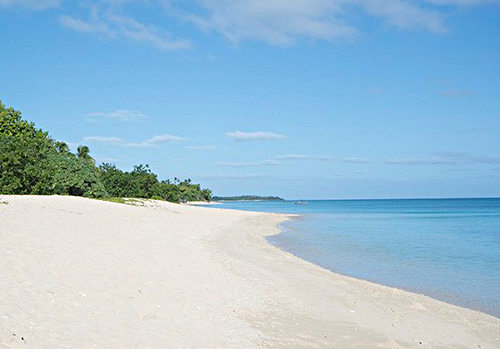 The Coastline of Tonga ©2019 Amy Alton

Many people in the US have never even heard of Tonga, but I got the privilege of spending three months in Tonga between 2016 and 2017. This small country, a collection of islands two thousand kilometers north of Auckland, is one of the highlights of my five years as a full-time traveler.

Tonga is a kingdom and was never a colony. Many of the islands are rugged and volcanic, and there are several active volcanoes. One island, Tofua in the Ha'apai group, is an active volcano and constantly puts out smoke. The volcanic nature of these islands means they are steep and rugged, with many nooks and crannies to explore. However, there are some islands that are sandy atolls, especially in the Ha'apai group. There are beautiful sand beaches with protected shores and sand bars.

Tonga is divided into four island groups. From south to north: Tongatapu, Ha'apai, Vava'u, and Niua. Just over 100,000 people live in Tonga, and 70% of them live in Tongatapu. There are 169 islands, but only 36 are inhabited.

Tongatapu includes the capital, Nuku'alofa. I visited the capital during a layover before my domestic flight. During our one night, we did venture out to see the Oholei Beach Resort Dinner & Show. After a buffet dinner, we were ushered into a cave set up for the show and were dazzled by dancers twirling firesticks.

The island can easily be seen in a day, and you can hire a driver to take you around to see all the interesting rock formations and coastline.

I spent two months in Vava'u. The main town is Neiafu, which has a strong ex-pat community. We did a wonderful hike up Mount Talau, which has a stunning view of the natural harbor of Neiafu. I also attended a traditional Tongan feast, where we dined on local specialties such as salted pork, seafood marinated in coconut milk, and roasted suckling pig.

I was in the Ha'apai group for one month. The main town, Pangai, is pretty small. However, there are a lot of resorts spread out among the islands of Ha'apai. There's not many ways to get between the islands, but each resort has everything you need, including water sports, dive centers, and restaurants. The resorts are not expensive, luxury chains, but instead are often small collections of bungalows, with the owner living there too!

While there are many things to do in Tonga that are wonderful, the highlight, once-in-a-lifetime event was swimming with humpback whales.

Humpback whales migrate to Tonga every year to give birth. That means tourists get to see humpback whale babies, too! I took my tour out of Neiafu, the main town in Vava'u. The boats are staffed with certified guides who have been trained to understand the whale behavior patterns. Each tour company is only allowed four guests in the water at a time, and only one boat at a time can have people in the water. Swimming with the humpback whales in Vava'u is a small, intimate experience.

What I loved about Tonga was the remoteness of the islands. There's hardly anyone there, and the villages are all very small. The resorts around are not Hiltons or Marriotts. They are all privately owned, small resorts.

The diving and snorkeling in Tonga are amazing everywhere. The coral is healthy and full of marine life, and it's possible to snorkel every day, especially on the inside of the lagoons. In Vava'u, I dove Mariner's Cave, a small single-dome cave. Access is through two holes which also let light into the cave. When the swell rolls in, the cave pressurizes, creating a mist over the surface of the water. It was amazing. Plus, during the dive, we could constantly hear whales singing in the deeper waters.

The people are Polynesian, and I saw many of them dressed in traditional clothes. Men wear a tupenu (similar to a sarong) while ladies wear a similar floor-length skirt with a woven belt. Attending church or walking near a church on Sunday is a great way to see the locals dressed up in their formal wear! We also saw the local attire when we attended dance shows and feasts.

There are direct flights to Tongatapu from Auckland and Sydney. You can also fly from Fiji to Tongatapu or Vava'u.

Amy has spent the past five years sailing around the world with her husband, David, aboard their boat Starry Horizons. They will finish their world circumnavigation in April 2020 after over 40,000 nm and 35 countries.

The Dragon of Tioman Island