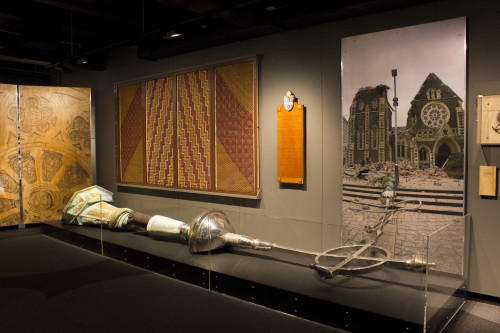 Quake City opened on February 15, 2013, in the Re:START Mall "“ during the height of summer tourist season in New Zealand. It was opened following high demand from leading business and community groups that wanted to retain an earthquake attraction in Christchurch.

Earthquake attraction for reflection and education

Quake City provides a place for reflection and education for locals, as well as a point of interest for domestic and international visitors to the region. It will engage, inform and educate visitors on the seismic activities that have occurred in the region. The exhibit uses large-scale sensitive imagery, iconic objects, sound and film to enable visitors to better understand what the people of Christchurch have experienced over the past two years.

The rise of Christchurch

Lonely PlanetÂ recently named Christchurch as one of its 2013 Top 10 Cities. The influential travel publisher says Christchurch "is rising from the rubble… with a breathtaking mix of spirit, determination and flair" and forecasts that this year will be an intriguing year for visitors to join the rebirth of Christchurch.

Additional attractions in Christchurch include:

The Christchurch and Canterbury region has enjoyed a great summer with international visitor numbers that are at least 20 percent ahead of last year.

Six Nights On The French Riviera From $1,099 With Sceptre Tours