I had truly landed in expatriate paradise when I was picked up in Jakarta by a driver in an AC van. The vehicle sailed past past gleaming malls and street food stalls, back to my friend’s gated community. There, we were buzzed through by security men, who scanned the car with a weapons detector before allowing us to pass.

Inside the compound were paved roads, enormous marble houses filled with Asian antiques, gyms and swimming pools: all evidence of resident foreigners living western lives in the capital of Indonesia. 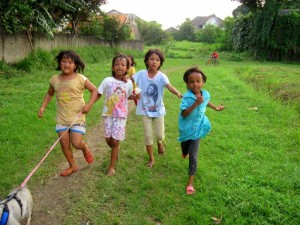 My friend and I decided to venture outside of the compound on a walk with her four dogs. Immediately outside the back gate, we found ourselves on a small gravel road that led to a local neighbourhood.

Outside two-room family homes, birds flitted in ornate bamboo cages and chickens patrolled the paths. Javanese women in long shorts played volleyball, laughing with one another. Smiling men smoked and chatted together, sitting on motorbikes. Some ate nasi goreng, the fried rice which is a local specialty. Elderly ladies in nighties threw sopping clothes over clotheslines. Cats stretched out lazily in the afternoon sun, until they noticed our dogs and ran for safety. When we reached a wide open field behind their houses, kids of all ages begged to hold the leashes. They shrieked in excitement and mock terror as they took turns running alongside the dogs.

Though the people of the neighbourhood rarely see foreigners in their space, they greeted my friend and I as we passed saying "Hello! Hello!" We called hello back, happy to have been so graciously accepted in their midst.

Most people who visit stay inside the compound and the malls, my friend remarked when we got back. I’m glad I ventured out. 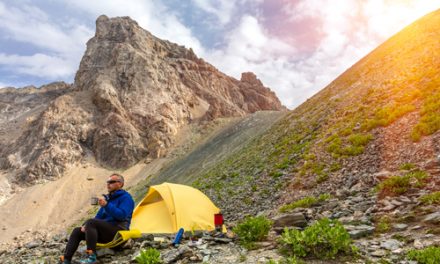