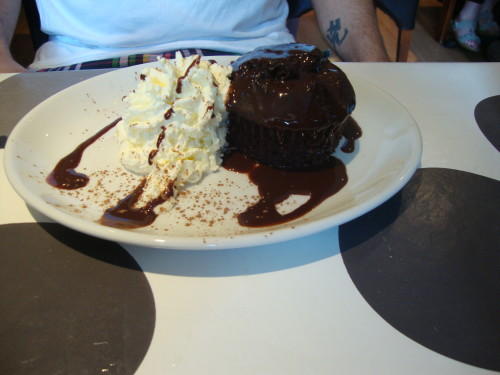 Fish and Chips in Ireland

I am an unapologetic travel addict. So itâ€™s no surprise I jumped at a recent, last minute invitation to stay with friends just outside of Limerick, Ireland. I was eager to see the land of verdant hills, castles, Celtic history, high crosses, pubs, and Guinness pints. The cook and foodie side of me couldnâ€™t wait to discover a new cuisine, and perhaps add some recipes to my repertoire.

Fish and chips, although clichÃ©, were the first foods I wanted to sample. Locals in Limerick told me to order takeaway from Enzoâ€™s CafÃ© on Williams Street. As I walked through the city eating my newspaper-wrapped fish, each and every bite got better. The fish was doused in a healthy dose of vinegar and an unhealthy dose of salt. I wanted to stop eating the huge portion, but I couldnâ€™t. I now know why takeaway trumps sit down. The cone-shaped newspaper absorbs the salt and vinegar. As they meld together, the liquid drips down, and the fish grabs more and more of the flavor. I dare anyone to stop eating before you get to the bottom (and most delicious) bite. Impossible.

A day trip to the beach at Kilkee introduced me to winkles. Kilkee is a free beach in County Clare and is surrounded by small cliffs, creating a cove that is calm and lovely. I stopped at a street vendor with an umbrella cart to see what she was selling. The sign on her cart read â€œWinkles and Dillisksâ€ and there was a line of people waiting to buy this mystery food that was sold in a small paper bag for 2 euros. Further investigation revealed that winkles (short for periwinkles) are small sea snails, and dillisk is green seaweed. Both are found at low tide along the sheltered shoreline. Winkles taste briny like the sea and have a texture similar to mussels. Your bag comes with a wooden fork to scoop the winkles out of their shells. 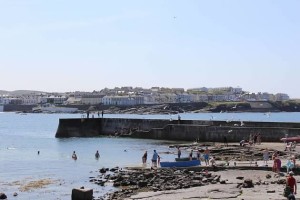 Speaking of mussels, remember the old ballad â€œMolly Malone?â€ Singing cockles and mussels sweet Molly Malone…An Irish night at the 15th century Bunratty Castle just outside of Limerick, had our group singing along with the entertainment. Cheat sheets were distributed for those who didnâ€™t know the lyrics and the evening entertainment included jokes and dancing, as well as singing and food. The meal was a traditional Irish stew, with brown bread, soda bread, incredible Irish butter, and an apple crisp. If you didnâ€™t want the stew, Irish salmon was also on the menu. Salmon in Ireland is served both cooked and raw. Since raw fish is not for everyone, itâ€™s best to ask before you order whether itâ€™s cooked or not. There were no cockles served at Bunratty Castle, but I had them elsewhere and they are delicious. Small clams about one inch in diameter, they are usually served in soup or as an appetizer.

Before I left Bunratty, I stopped in the gift shop to buy a few small items to bring home as souvenirs. The cashier, upon hearing my American accent, asked me where I lived in the states. When I told her I lived in New Jersey, she became very excited and told me she had once spent a month in Old Bridge, New Jersey where there is a large Irish population. She laughed and said,
â€œI got myself into a wee bit of trouble there.â€

â€œWell,â€ she said. â€œAfter a few weeks, my host asked me if I missed anything about Ireland. â€˜Yes.â€™ I told him. â€˜I really miss a good spotted dick.â€™â€

I stared at her a moment, not quite sure how to respond. She grinned and said, â€œThatâ€™s the same reaction my host had.â€ She laughed; an exuberant Irish laugh. She was thoroughly enjoying telling this story.

â€œLittle did I know â€˜spotted dickâ€™ had quite a different meaning in the U.S. In Ireland, you see, itâ€™s a delicious pudding.â€ And she laughed again, infectiously. 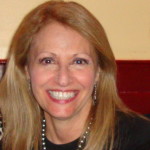 Tina is addicted to writing, travel, and food. Tinaâ€™s first trip to Italy inspired her to write her first novel, “Siena Summer.” Her second trip was the inspiration for her second novel “Grace in Milan,” which she worked on at a writerâ€™s retreat called Il Chiostro. That trip was the inspiration for a screenplay entitled “The Contessa’s Vineyard.” She’s written a novel called “Hardscrabble Way.”