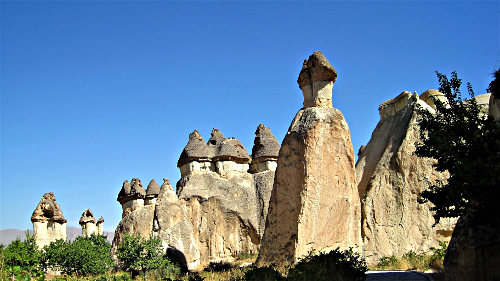 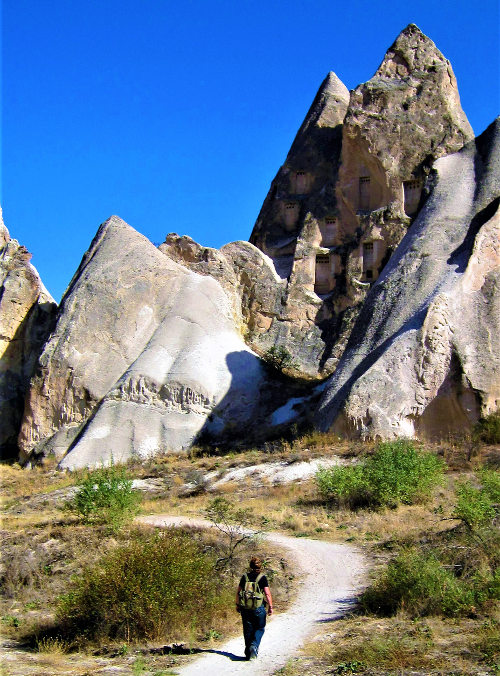 A hike through Cappadocia to the Fairy Chimneys.

Having fallen in love with the awe-inspiring deserts and incredible rock formations of the American South West many years previously, I never believed that there would be anywhere else on earth to rival the sheer beauty and spirituality of those captivating landscapes – until I discovered Cappadocia. I had not imagined that such a wonderland existed in Turkey, a mere four hour flight from my home in the UK.

I awoke bleary-eyed on the overnight bus from Istanbul in time to witness the sun rise over a strange and surreal scene. Feeling as though I was in the midst of a psychedelic dream, I climbed off the bus and wandered through the streets of Goreme to seek out a cave hotel.

My cave room possessed a certain rustic charm. The bed was carved out of rock, as were the shelves, upon which were placed an assortment of rock ornaments. A true Flintstone style abode, and my home for the next few days.

The following days were amongst my favourite in many years of travel. I wandered freely through some of the most unique scenery on the face of the planet. I explored cave dwellings, trekked along dirt trails, climbed hills, slid down slopes and scrambled over giant boulders.

A visit to Goreme Open Air Museum revealed a number of 10th-12th century rock cut churches, many with intricate frescoes. It was certainly impressive, but also swarming with busloads of tourists. In contrast, on my solitary hikes, I rarely saw another person.

I was spoilt for choice with the variety of enticing trails and country roads to follow. A short walk up a steep hill to the edge of Goreme valley, provided a magnificent view over town. Exploring a little further, I came across an area where squash, tomatoes, olives and grapes were being cultivated. Nearby, I almost fell into a gigantic chasm. Not quite the Grand Canyon, but a surprise nevertheless. 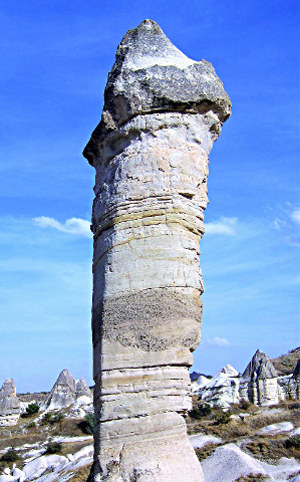 I wandered in astonishment through the giant pinnacles of Love Valley, a geological manifestation of statuesque rocks eroded into phallic-looking towers. One of my favourite hikes took me through Rose Valley to the tiny village of Cavusin. Stopping for a drink, the friendly cafÃ© owner produced a Turkish-English phrase book and we managed a pleasant exchange.

I hiked, feeling like a real explorer, through peaks and valleys. Sitting in a cave, overlooking the vast otherworldly landscape, I heard the distant sound of the muezzin's call to prayer, creating one of those magical moments that sporadically transpire whilst traveling.

Just when I thought I had seen the best that Cappadocia had to offer, I discovered Zelve. A sublime display of tuffs, peaks, fairy chimneys and mysterious cave churches. I investigated the nooks and crannies and revelled in the surrounding panoramic views.

At dusk on the final evening, I reflected on my bewitching sojourn to Cappadocia in a rooftop restaurant. Lights twinkled from the cave houses on the opposite side of the valley, a scenario straight out of a Grimm's fairy story.

Sue King is a freelance travel writer/backpacker/housesitter and general free spirit. She has been living out of a backpack since 2012, when she quit her office job to pursue a life of adventure. She’s visited or lived in over fifty countries and her favoritex to date are the equally colourful and compelling India and Mexico. . 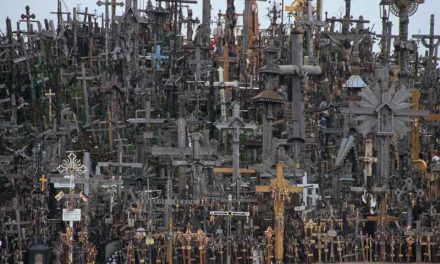 For Easter: The Hill of Crosses

Smoking in the Boys Room, Malaysia 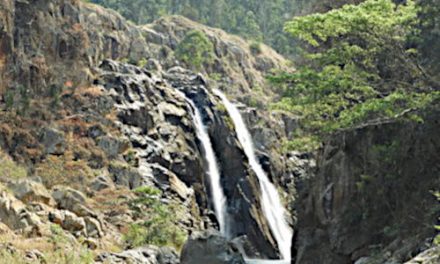 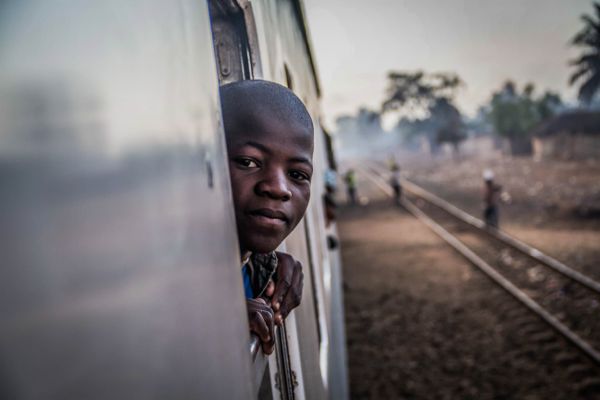