The Train from Ninh Binh to Hue, Vietnam

In the heart of the Red River delta region lies Ninh Binh, in many respects a typical Northern Vietnamese town. Few tourists, busy local markets, an extremely young population and one chaotic central highway. National Route 1A at 2,300km long dissects every one of Vietnam's major cities and runs in parallel to the famous train line, which unites this once divided country. 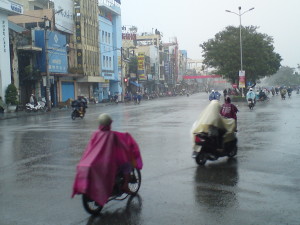 Chaotic, crazy and at times terrifying, it may be. Yet, somehow Vietnam's seemingly primitive transport system works. Its simplicity coupled with the long, skinny shape of the country means there's little to think about when it comes to making travel plans. You're either on a train, motorbike or occasionally a bus and you're either going north or south.

I was heading south and after a short and less than promising experience of riding a motorbike on one of Halong Bay's main islands I opted to take the train for the first time.

Even though Ninh Binh had few sights and little to do, I was sad to be leaving. The town scarcely receives more than a dozen foreign travellers each day, who primarily come to visit the nearby caves at Tam Coc. Like many first-time visitors to Vietnam I wasn't quite sure what to expect, but the warmth and friendliness of the people in this fairly uninspiring town will live long in the memory. Even on the way to the train station for my onward journey I received the enthusiastic shouts in broken English of people welcoming me to Ninh Binh, a pleasant contrast to the icy stares I had come accustomed to in China little over a week earlier. Nonetheless the opportunity to make serious headway south on a night train to the central city of Hue was one I was looking forward to.

The train eventually rolled in, almost an hour late– which I was told wasn't uncommon– and with the carriages quieter than I was expecting, I found my sleeper compartment and settled down for the night. The journey was fascinating as we travelled through little villages and towns still with the odd bit of activity going on, including the occasional sight of children playing in the dusty streets. You got the feeling that this was very much the real Vietnam. Even in the dark, you could make out the rice fields, the greenery, the distant mountain ranges and the smiles on the faces of the few people still out and about as we approached midnight. 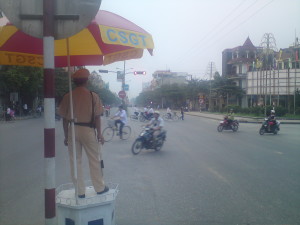 A walk through the carriages of the rickety yet perfectly comfortable train revealed a handful of others peering out the windows and admiring the stunning Northern Vietnamese scenery as it whizzed by. After a couple of hours we arrived in the city of Thanh Hoa and a few more Vietnamese families boarded. After another spell of gazing out into this rarely travelled part of South East Asia, I decided to try and get some sleep knowing I would wake up in pastures new the following morning.

At 6 a.m., much to my displeasure, I was awoken by loud Vietnamese music which began to blare out of the carriage speaker system. It was a government wake-up call complete with propaganda messages and patriotic music, a stark and sudden reminder that I was in a Communist country. On arrival in Hue I was greeted by several taxi drivers who ignored all the Vietnamese people and came straight towards me. For the first time I felt more like a dollar sign but was grateful to swiftly get going on the back of a moto-taxi into the centre of rain soaked Hue. 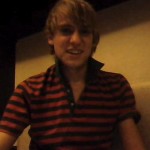 Mark Sochon is a travel writer from Birmingham, England and has travelled extensively on a budget in Asia and Latin America. You can see more of his backpacking articles onÂ www.myfunkytravel.com. 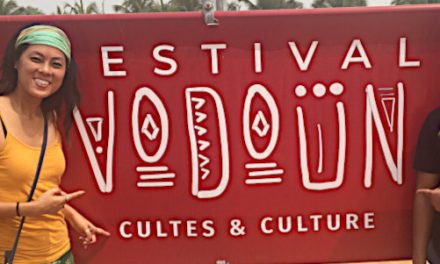