Admiral Lord Nelson famously called the Caribbean island of Antigua a “mosquito infested hell hole” and spent as little time as possible ashore, preferring the crammed quarters of his ship to any accommodation the island could provide. That was of course in 1784 and if he came visit today, he might call it a “fun infested paradise.” There are no more mosquitoes, lots of things to do and to see, and a plethora of hotels for every budget. 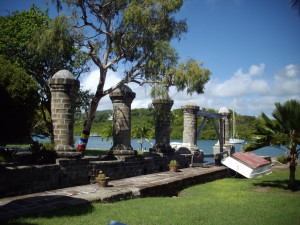 I recently visited Antigua as a stop on a cruise which meant, I only had limited time and needed to make a choice of what to see. Knowing about Nelson’s low opinion, I naturally made my way to English Harbor and Nelson’s Dockyard. Whether he liked the island or not, he has left behind a remarkable historical site to educate and delight today’s visitors.

Nelson’s Dockyard is actually a 15-suare mile Nature Reserve and Park with the yard as its center piece. Nelson established it in the 18th century as a place to control commerce in the Leeward islands and to carry out major repairs on the sail ships. I learned three interesting facts: all sailors and workmen had to live and remain within the compound. Visits from women were strictly forbidden. By way of consolation, the sailors got unlimited quantities of rum.

Passing the inevitable gift shop at the entrance the first stop is the dock and columns where the ships in need of repair anchored. I always thought, the sailors etc. climbed up into the rigging to clean and repair the sails. Not so. Ropes were attached to the tops of the mast, then, with enormous muscle power and the use of pulleys, the ships were tilted until they lay flat on their side and then the repairs were carried out. Once one side was done, they were put upright again and the same procedure applied to the other side. Small wonder it took six months to repair a single sail ship.

Workshops have been restored as well as an inn, but a highlight is the museum which documents the history of the times. It also contains Nelson’s bed, although it’s more a curiosity than truth because a)Nelson never slept ashore and b) the bed in question dates from nearly a century later. But it’s fun to let the imagination drift anyway.

As always, here is an insider tip: behind the museum is the ‘Island Bakery”. The signpost for it is very small and I noted, that few people saw it and went there. They missed a treat. I had the best slice of pecan/caramel cake I have ever tasted and there are many other treats to be had, all made fresh daily and for $1 each. So, if you visit, look out for it.

Up to 40% Off at Six Marriotts 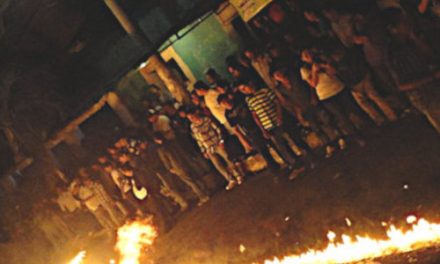 Varanasi, Dawn on The Ganges