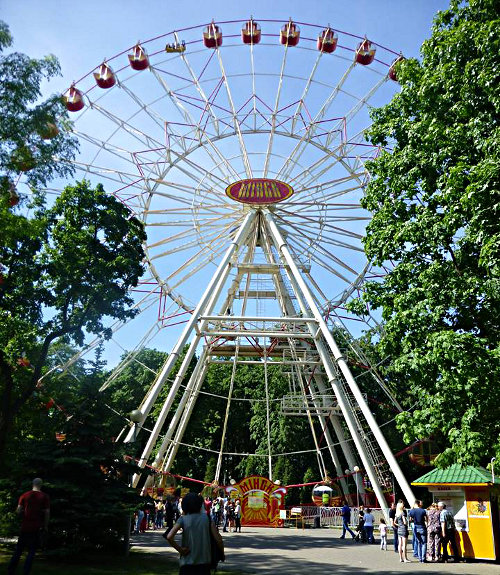 Curious to see what life was like under Communism — but not by way of an artificially recreated, kitschy tour? In Minsk you can! All with the convenience of being able to simultaneously access up-to-the-minute supermarkets, restaurants, and shopping malls. 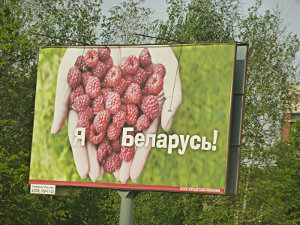 The first thing I notice as we roll into town are the billboards, the vast majority of which are not advertisements but government campaigns promoting healthy lifestyles and patriotism — a hangover from the Communist era. Dominant is the 'I love Belarus' campaign. Hearts are shaped from flowers, grapes, clouds, flocks of birds. Some feature Minsk buildings and UNESCO heritage sites. I don't know how the locals feel, but as a tourist I find them incredibly welcoming. Minsk is spotlessly clean and appears wealthy. The traditional red and white Belarusian folk pattern, as seen on the national flag, is everywhere — from pavements to light posts to modern fashion designs.

Minsk's near-annihilation during World War II meant all of its grand, neoclassical buildings had to be completely reconstructed — only this time they also included Socialist Realist motifs. The uniformity is beautiful as are the scenes depicted on individual bas-reliefs. I'm awestruck by the 'Trade Union Palace of Culture,' located at October Square, 25 Nezavisimosti (Independence) Avenue. Other must-sees include a statue of Lenin still fronting Parliament House, the WWII 'Solidarity' bas-relief on Nemiga Street, the thirty meter high 'City Gates' across the road from the Central Railway Station, and the idealized Soviet man and woman framing the entrance of the National Art Gallery at 20 Lenin Street. The gallery's collection of Soviet-era art and porcelain is exceptional, and includes pieces as unique as a Belarusian Soviet Socialist Republic insignia Lenin and Stalin vase!

From the gallery, I walk one minute down Lenin Street and find myself in the novel position of being at the intersection of Lenin Street and Karl Marx Street! Knowing these two streets and the 15km Nezavisimosti Avenue makes Minsk an extremely easy place to navigate, whether by walking or taking the 25c metro.

Another tourist-friendly feature of Minsk is all the English: from descriptions in museums, to Belarusians I meet that speak it almost fluently (who, incidentally, were thrilled I'd visited and keen to find out my impressions), to the customer service provided at the Central Railway Station where I'm immediately handed a phone to speak to a translator who communicates my order to the ticket seller who gets me to check my ticket before printing it out. 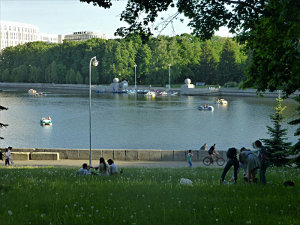 Walking through Minsk I discover the finest legacy of the Soviet period: the parks. At Gorky Children's Park I find a giant statue of the famous author, a picturesque lake, food stalls, old-fashioned carnival rides, a ride-on train, floral gardens, shady trees, and an old fashioned planetarium (The $2.50 admission is money well spent!). On a Sunday afternoon the people-watching couldn't be better, and I look at all the smiling faces and think 'So this is what it's like to live in a dictatorship,' which is a good lesson to learn really.

Free speech, independent media, transparent elections, and fair trials are not guaranteed in Belarus. As one young woman I befriend in a shopping mall tells me: 'Maybe you don't know about our country? No one is allowed to criticize the government, so people don't talk about politics.' The current president, Alexander Lukashenko, has been in power since 1994; and a statue of KGB founder, Felix Dzerzhinsky, stands directly over the road from what in Belarus is still called the KGB.

Belarus has one of the highest police presences per capita. I don't feel there are a lot of them, but I do notice police in places you wouldn't expect, such as catching buses or walking through department stores. They aren't threatening though; one even helps me with directions.

Lukashenko's preservation of Communism's totalitarian style of government is matched by his commitment to State-owned businesses (which constitutes a whopping seventy percent of the economy). In the transition to capitalism, he'd aimed to spare Belarusians the suffering experienced by other post-Soviet peoples. Thus where in Moscow the famous Soviet-era State-owned department stores GUM and TSUM now epitomize the excesses of capitalism via high-end retail, in Minsk, GUM and TSUM (21 and 54 Independence Avenue) continue to resemble Soviet operations.

Hammer & sickles adorn staircases, while beige-uniformed shop assistants put little effort into customer service. Cafeterias offer a relaxing step back in time that can be as simple as a hot meal of mashed potato, green beans, and stew — dolloped out by an aproned lady — or as sophisticated as a caviar canapÃ© with vodka.

GUM sells nuts. I join a queue of three, waiting to be served by a woman who knows we're there but has prioritized the restocking of a three quarters' full container of peanuts. One customer coughs to get her attention, waits, and coughs again; receiving no response, she leaves. The other two wait a little longer before following suit. Two more customers come along, and stand beside me, waiting, patiently. Finally, the nuts lady finishes with the peanuts. Turning her attention straight to me, it's clear she's watched this all go on!

Another thing that hasn't changed since 1989 is the fashion lines. On one visit to TSUM I'm lucky enough to catch an in-store fashion parade — a refreshing change from the unattainably beautiful, exclusively dressed models you usually see at these things!

Should you prefer to make your own clothes, there's entire floors devoted to sewing supplies and manchester. I buy a tea towel with a picture of the National Library on it (Speaking of which, no trip to Minsk would be complete without a 360 degree view of the city from the observation deck of the spectacular cube-like, 23-storey high National Library. At night it's lit up 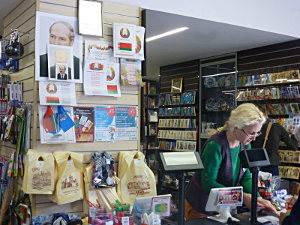 An equally illuminating example of State-owned business is the government monopoly over bookshops. Offering not subversive works nor customer service, each store displays a photo of the president, a picture of Belarus' national symbols and the words to the national anthem.
Also dotted around the city are stores selling Belarus' two longstanding chocolate brands, Spartak and Kommunarka. I highly recommend the Kommunarka with Belarus' national animal, the European bison on the front — surprisingly vegan with a delicious gin-flavored liquid filling. 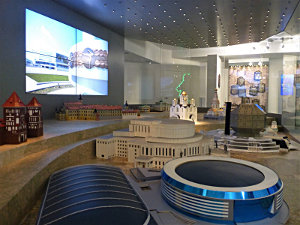 Keen to learn more about how things operate in Belarus, I visit the non-signposted Museum of Modern Belarusian Statehood. Following a passport and very thorough bag check, I'm led through a long hall to a locked door that our compulsory escort opens. Deciding I may as well make the experience more interesting for both me and her, I pay the extra $3 to get the guided tour.

The first room showcases recently constructed buildings in Minsk. Next, I learn of Belarus' soon-to-be-completed nuclear power plant and long-standing truck and tractor industries. I'm informed you can tour the latter, thanks to the government's 'industrial tourism' initiative. Too bad I'm leaving Minsk that day as, according to our guide, they even give you a go on the steering wheel of one of their massive earth movers!

Sporting and Music accomplishments centre on ice hockey, tennis, Eurovision and traditional Belarusian folk dancing/singing. (I'd already seen an amazing performance during our Minsk stay. Spotting a poster advertising a show at the Belarusian State Philharmonic Society Concert Hall [50 Independence Avenue] next to TSUM, I proceed to the box office to book that $8 show. High-energy, fast beat; for a minute or so, they even mess with tradition and throw in a rock guitar and strobe lights).

The most exciting room is the last one, filled with military paraphernalia, KGB insignia, and items belonging to Lukashenko — gifts received from world leaders, a trophy memento from his interview with Aljazeera, and even an honorary doctorate awarded to him by Kazakhstan!
Another museum worth seeing is the equally modern, well-presented Great Patriotic War Museum. Per capita more Belarusians died during World War II than from any other nation, many of whom were 'everyday' citizens fighting in the underground resistance movement against the Nazis.

I get into conversation with a museum employee, an elderly professor whose mother was killed in Auschwitz. She agrees with me that Belarusians are very hospitable people and offers the following explanation: 'The immense hardship they endured in World War II…they went on to tell future generations about. Now, all they want is peace.'

I hope peace is something they can hold on to. I also hope they come to be afforded greater freedoms within Belarus. Opening up to tourism is definitely a good start.

Angela is a Melbourne-based librarian and history graduate fascinated with Eastern Europe and different cultures and histories in general. Every few years it's time to take off to Europe for another lengthy adventure! 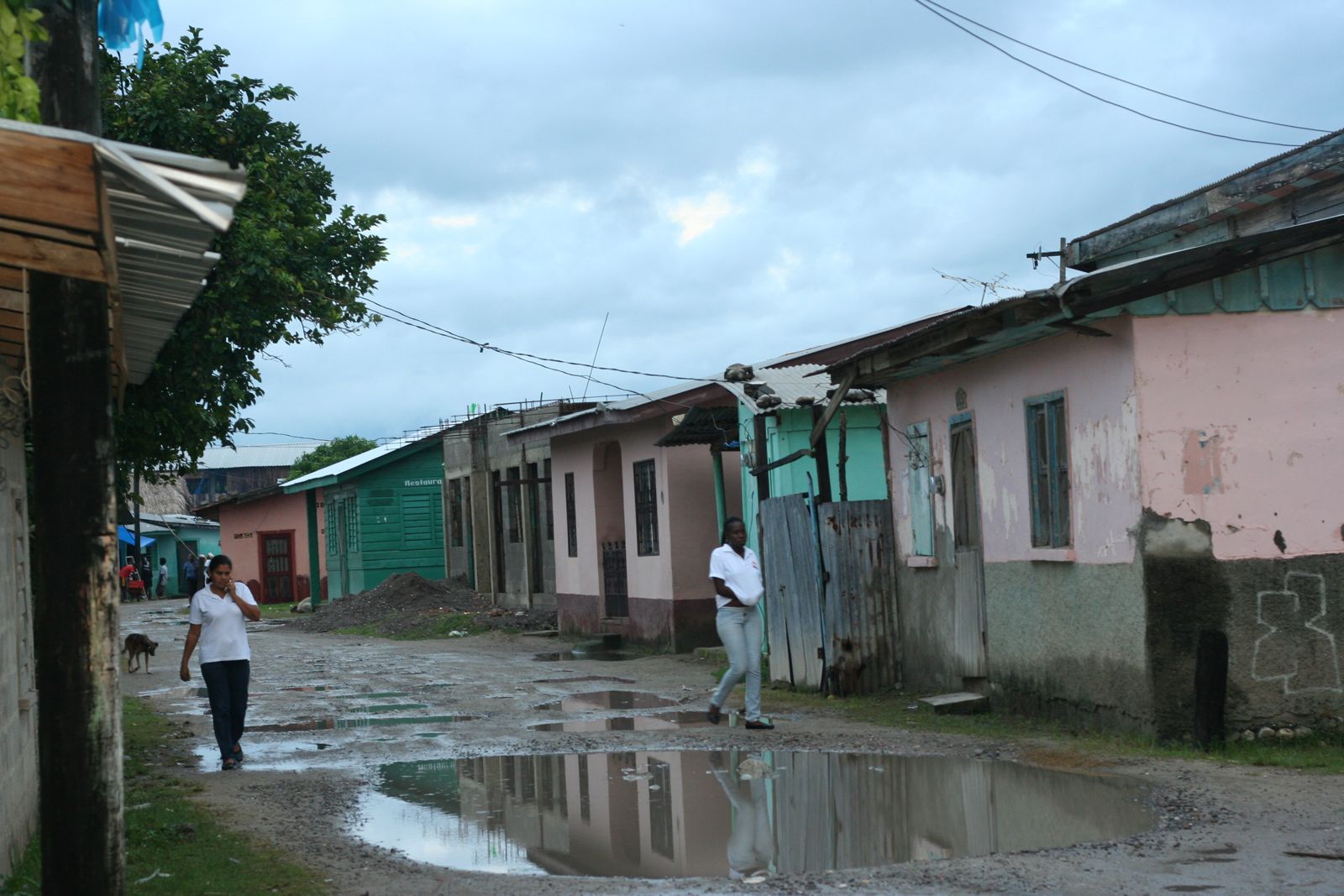 A Peak in Provence, France III