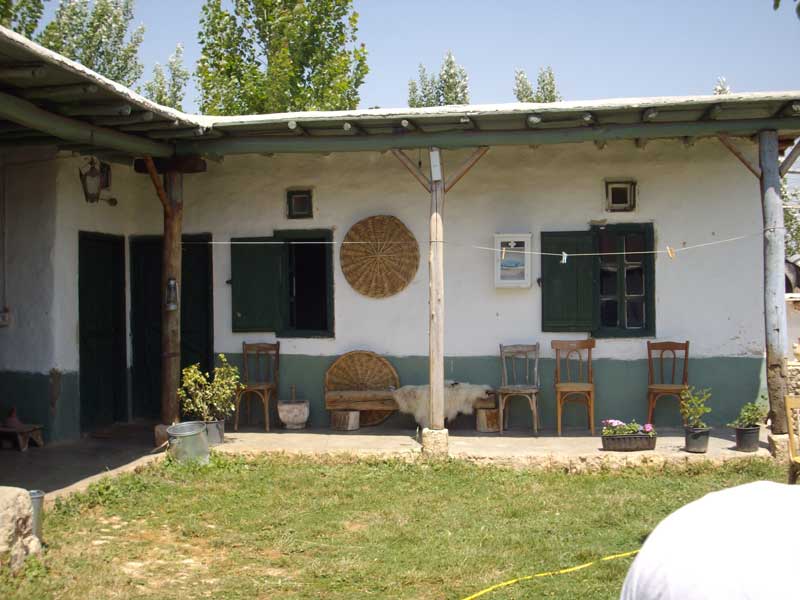 “You absolutely must tell your driver to go to Taanayel, you’ll love it,” my Lebanese friend Lara said. Our conversation was conducted on a cell phone during a drive in the Bekaa Valley and those were the only words I understood clearly.

What followed was: ‘typical mountain village, very pretty, traditions’ and some more fractured words which lead me to believe she was talking about a kind of open air museum with a re-constructed Lebanese mountain village to show people how life was ‘back then.’ Certainly enough to arise my curiosity and to tell my driver to go and find the mysterious Taanayel, no easy feat as it turned out. However, when we finally managed to get there, it was worth all the twists and turns we took. 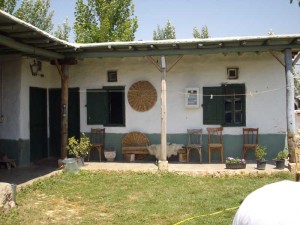 Taanayel is indeed a re-constructed Lebanese mountain village, but it’s by no means a museum. One part of the complex consists of an organic farm and the buildings are, in fact, a youth hostel — a very hands-on one to boot.

The one story buildings, which house the guest rooms, kitchen, salon, restaurant and cafe, are made in the traditional way from mud bricks. Guests can learn how these bricks are made in work shops.

No modern appliances are used in the kitchen. No mixer, toaster or fridge. Food is stored in cupboards made from rock over which water runs to keep it cool. Eggs are collected through hatches which open into the chicken coop and the chicken are ‘trained’ to lay them close to the hatch so they can be easily collected.

There are no single rooms only 7 dorms with low divans, which sleep 5-7 people. The price per dorm is $100 including breakfast. The restaurant is partly open air and bread is baked freshly on the premises. Nagiles abound, food is cooked the old fashioned way and strictly Lebanese. 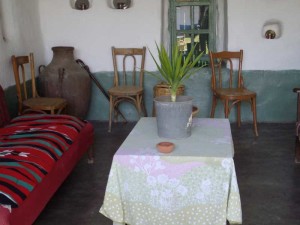 The farm and hostel are run by an important Lebanese charity organization called Arc en Ciel (AEC) and there simply is no better way for anyone interested in the history and traditions of this beautiful country to get close to it than a stay at Taanayel.

The only modern technology I saw were state of the art speakers and music equipment in the dining room. “Oh yes,” my guide said, “We’re a bit isolated here and so we have karaoke nights to entertain our guests. They are very popular and the locals come too.” Oh well, tradition or not, we live in the 21st century after all.

Taanayel is reached by following the road to Damascus from Beirut. Then turn right at Chaura toward the Masnaa Border and then look out for the red and white ACE sign and follow it. They don’t have a website yet, but can be reached by phone: 961 854 4881. 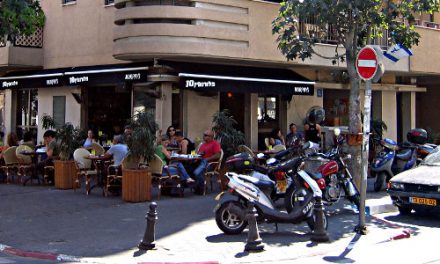 Florentime in a Tel Aviv Neighborhood

Trekking up Baltoro in Pakistan