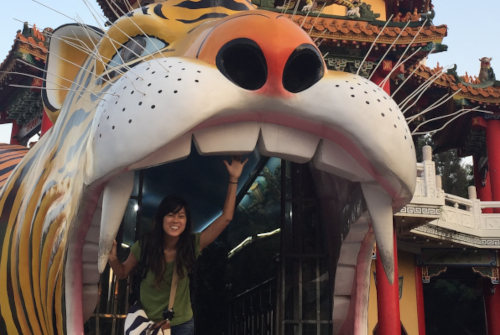 At the Lotus Pond in Kaohsiung, I made sure to enter through the mouth of the Tiger Temple and exit the Dragon temple to ensure good luck in my future. @2021 Annie Chen

In my third month as a Covid refugee sheltering in Taiwan, I finally had an opportunity to venture down south from rainy Taipei to sunny and warm Kaohsiung, the second largest city in Taiwan. In between two other destinations, I could unfortunately only fit in one whole day there so I made sure to plan accordingly. The high-speed rail was a quick and efficient 2-hour journey, then I immediately connected through the moderately-busy station to the local metro stop at Zuoying and headed south. With just two lines, the Kaohsiung metro was clean and relatively empty, feeling as sterile as a hospital, since most people either drove or rode motorcycles to get around town.

After transferring to the East-West line at the one interconnecting station (the beautifully colored and famed Formosa Boulevard), I finally popped out on the west side of the city near the port where the oldest harbor in Taiwan is. My first stop was Pier 2, a stretch of warehouses and storage units converted into boutique artistic spaces and shops, resembling a cross between 1950s Chicago with a hipster’s weekend hangout spot. Art pieces and sculptures, large and small, littered the walkway, ranging from a comically hung, angrily fanged beast painted fire engine red, to a collection of shipping containers strategically connected at 90° angles, standing on precariously balanced corners.

The worn but reliable ferry waited as commuters and local tourists rushed on and off on a busy Saturday afternoon in Kaohsiung.
@2021 Annie Chen

At the end of the art district, I found the next step to my primary stop a ferry to Cijin Island. Every 10 minutes, it shuttled commuters and tourists alike from the city to the island, which is technically just another neighborhood of the city, and a waiting zone for cars and scooters ran parallel to the pedestrian holding lobby. It cost less than $1 USD one-way, and despite frequent trips throughout the day, I was far from alone in the line- after all, what better way was there to spend a beautifully sunny 80°F Saturday afternoon in December? Pedestrians, scooters and cars piled in the multi-tiered ferry, and I made a beeline for the front of the top level, looking headfirst towards the destination.

Unlike other tourist-infested islands I’ve visited before (see: Mykonos or Bali), I was pleasantly surprised to not be swamped the instant I set foot on the island by hawkers of local goods or Pedi-cabs. Instead, a good number of the locals strolled down various smaller roads towards their home, and left in peace, I casually turned down a calm coastal path following one edge of the island. Catching occasional wooden and metal signs on the empty road through narrow lanes looping around local abodes, I made it to the bottom of a hill with inclined roads going upwards both left and right.

The looped walkway would bring me first to the Kaohsiung lighthouse, with a scenic view of the waterway separating the skinny island from the city. At the top of a flight of stairs, I made my way to a few different vantage points where the former British consulate stood in clear view, overlooking the harbor, unable to blend in for its distinct architecture and position. I made sure to visit the tiny, but informational, circular room nearby for its history of the lighthouse and some souvenir stamps (a trademark of most tourist attractions in Taiwan) in my journal, and then continued around the northern tip of the island.

On the opposite end of the northern tip of the island, I saw the Cihou fortress, walls still relatively intact and open-air barracks soaking in the sunlight. I paused to breathe in the ocean air blowing in from right over the cliffs and the color of the brick-red rectangular main spaces. As removed as I felt from the modern world in that moment, reality was still ever present in the groups of young university students taking their pandemic-version graduation photos in the old wooden gates and around the tops of the parapet.

One of the most unexpectedly inspiring finds of my trip, the Tunnel of Stars has become, in recent years, a popular attraction for families and tourists to Cijin Island due to its multicolored depictions of sea creatures lining the length of the tunnel. @2021 Annie Chen

When I had absorbed enough of the hauntingly beautiful surroundings, I headed down the slope and found some hidden stairs amongst the trees that turned out to be a shortcut to the beach. Before I could continue to the glistening sand, however, I realized I was at the end of the Tunnel of Stars. Cutting under the hill where the fortress and lighthouse were located, the tunnel was not only a connection for pedestrians from one side to another, but had been transformed in recent years to a dimly lit artist’s canvas. I slowly gazed up and around me as I walked the length of the tunnel for there were a variety of sea creatures and animals in various neon colors covering every inch of the concrete. I marveled at the pink and green jellyfish looming along the sides, the yellow and purple whales ready to swallow the onlookers whole, and the schools of fish darting in between the shadows I created as I passed the lights spaced out on the ground.

I finally dragged myself away and moved towards the beach where I had to stay vigilant to avoid being run over by motorized passenger carriages on the boardwalk. The bright sunlight and glittering sand were an extreme change of scenery from the darkened, echoey tunnel I left behind. Local art installations lined the walkway, and I paused to take in a lifeguard and his dog watching over the sea-goers, representing all the past, present, and future guardians that dedicate their lives to protecting others. Gazebos provided shade for the elderly and families with young children taking in the view and the breeze, and grass and trees lined the inland side of the walkway.

The Tiger and Dragon temples of Lotus Pond are renowned around the country for the unique craftsmanship and synergy. @2021 Annie Chen

When I crossed into the central plaza where the main road intersects, I discovered a local holiday festivity was underway. A parade of uniformed men and women marched in front of traditionally adorned dancers creating elaborate formations, hands twisting in unison. Their painted faces were stoic with bright pink and yellow fringe hanging off their shoulders. Drums and cymbals clashed, punctuating the songs blasting out of the speakers, as lanterns dangled from the performers’ hands. I reveled in the explosion of color and music, as spectators gathered behind me and hovered just far enough to not get trampled on by the moving troupe.

As the crowd made its way over to the central plaza, I continued farther down the beach where a small, obedient group of tourists patiently waited around the Rainbow Church. Luckily, I had read beforehand about this odd misnomer and knew that this wasn’t a religious building of any kind but rather, an Instagrammer’s ideal backdrop. The ‘church’ was a multi-color installation in a shallow pool of water with a narrow walkway to access the middle, and after a few minutes, I had my chance as well to capture a shot with the iconic art piece.

I was on the fence about checking out the nearby shell museum, but I figured at best, it would be a neat island-esque site to check out, and at worst, I could get in some more hundred steps for the day, so I moseyed onwards and followed a stream of families towards a nondescript two-story building. Standing aside to allow the clamoring 5-year-olds in first, I slowly picked my way around the glass shelves filled with thousands of well-labeled shells of all sizes. Some were as small as peas and lined up with hundreds of others on one shelf, while others comparable to prickly beach balls stood in impressive cases on their own. It was free to enter, as many museums and galleries I found in the country to be, and I giggled as I watched the kids ooh and ahh over the innumerous shapes and formations of the shells.

A lone photographer angled his camera to capture the majesty of the Cihou Fortress from a higher vantage point. @2021 Annie Chen

As sunset approached, I picked up the pace to make my final destination before my evening train. I quickly sauntered back towards the ferry’s pick-up point, following the quiet, shady inland road there, and after disembarking, it took me just a few minutes to get back on the metro. I jumped off at the Ecological District station and made my way through a local park, some blocks of mixed convenience stores and businesses, and towards an overpass where a massive highway separated the city from the famous Lotus Pond of Kaohsiung, located inside a massive park.

I have always loved the water, especially as refuge in the midst of a major cosmopolitan city, but I didn’t head to the Lotus Pond purely for that reason. Several temples line the massive artificial lake, and two stood out in particular – the Tiger and Dragon pagodas. I spotted them from across the water after descending the overpass, and circled slowly around a wakeboarding park, complete with a zipline to drag the young boarders in a loop as they practiced and jumped off ramps. The twin temples were connected to the lake-side pedestrian sidewalk just behind the wakeboarding park, through a wooden walkway that zigged and zagged before splitting into two paths. Following my aunt’s advice, I made sure to enter via the tiger temple and exit out the dragon’s mouth- for good luck, of course. Each tunnel entryway had multiple stairs up and down as paintings of various emperors and village scenes surrounded the walk, then I huffed and puffed up 7 flights of stairs for a beautiful view of the lake and the taller buildings standing over the tallest trees of the park. Since it was a weekend, crowds of local tourists lined up for the perfect shot from inside one of the creature’s mouths and naturally, so did I.

As sundown reached the lake and I knew I’d have to take off for the high-speed rail station in a minute, I took in the final view of Kaohsiung’s famous pagodas overlooking the fields of floating lotus pads. There is still so much I have yet to see in Kaohsiung, but I know that one day soon I’ll be back.

Annie has been living and working abroad for 10 years. She’s originally from Los Angeles, and has been to over 90 countries. She’s an extreme sports enthusiast and lover of guacamole. 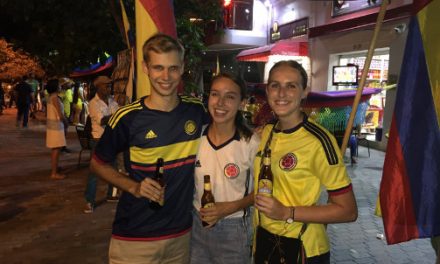 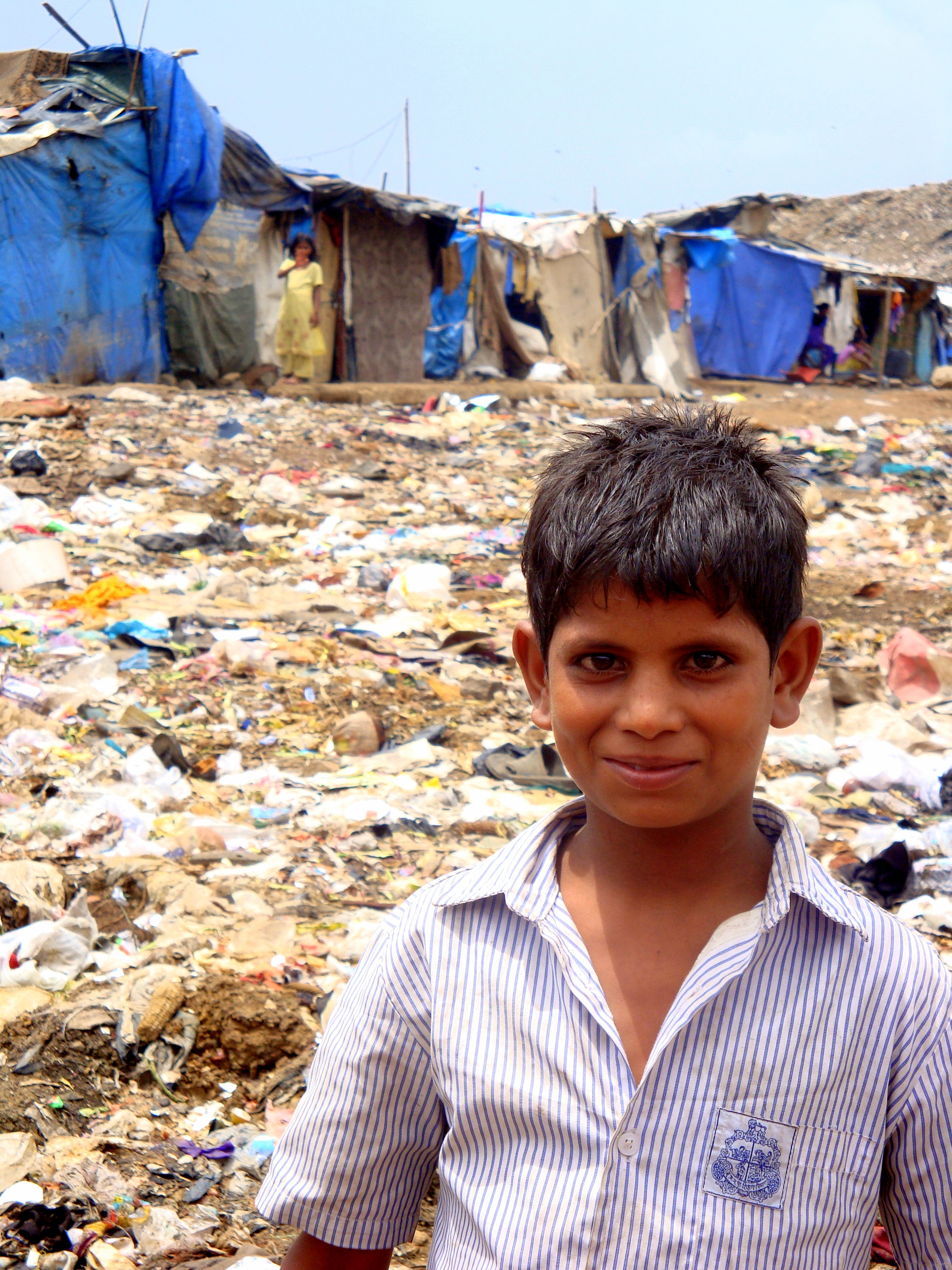