New York, NY, July 20, 2011: Thanks to its rich history and nature, Japan has already been recognized as a country with many UNESCO's World Heritage Sites with 14 designated destinations.Â  Additional two locations came into the international spotlight as added to the list in this June.

Hiraizumi may seem one of the many historic temple towns, but founded in the 12th century, this was the political and commercial center of Japan's northern region.Â  This time, UNESCO recognized the legacy of the Fujiwara family, who rivaled the capitol in Kyoto and established northern political and cultural power hub with the paramount art and architectural techniques of that time, and the cultural and historic significance and appreciation of the remaining pieces.Â  The most significant sign of

the past political power in Hiraizumi is Chusonji-Temple, an elaborated structures in such a rich design from its heyday:Â  Konjikido, literally translated as Golden Hall, has fortunately preserved, because among all the magnificent constructions of a 20-year project, it is the only original structure survived fires and wars.Â  Protected inside a later-constructed concrete pavilion, Konjikido is a must-see in lifetime:Â  The

entire structure is covered with gold leaf inside and outside, full of Buddhism statues in the alter, which showed the Fujiwara Lord's aspiration for Buddhism and the top quality of designs.

In spite that Hiraizumi is located in the northeast region of Japan, it was very fortunate that the March earthquake didn't affect the area at all, and international attention becomes a great momentum for the region's tourism recovery.Â  Along with Shirakami Mountain Range that was designated in 1993, Hiraizumi has become the highlight of the northern Japan.

Ogasawara Islands, also known as Bonin Islands, are a small archipelago of over 30 small subtropical islands 1,000km (620 miles) directly south off Tokyo.Â  UNESCO found these hidden islands under Tokyo's municipality as a natural

sanctuary for unique ecosystem.Â  Consist of over 30 tiny islands including well-known Iwojima, the Ogasawara Islands cherishes very little touched jungles and infinity blue beaches, which create perfect environment for rich ecosystem among one-of-a-kind mammals, over 400 native plants, several ocean species that creates world's rarest scuba diving spots around the islands.Â  The isolated location also enables the indigenous species so unique, and the Ogasawara receives the nick name of the

Oriental Galapagos.Â  As the Ogasawara has become more known among outdoor lovers, there has been a discussion on building an airport to improve the weekly ferry shuttle between Tokyo's downtown port and Chichi-jima Island, the most populated among the Ogasawara.Â  However the high vulnerability of the area's untouched unique ocean lives keeps the islands airport free, but it makes the islands' wealth of nature even more attractive as a hidden gem of Japan. 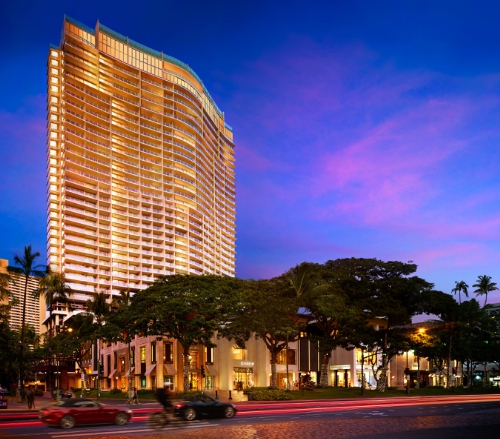