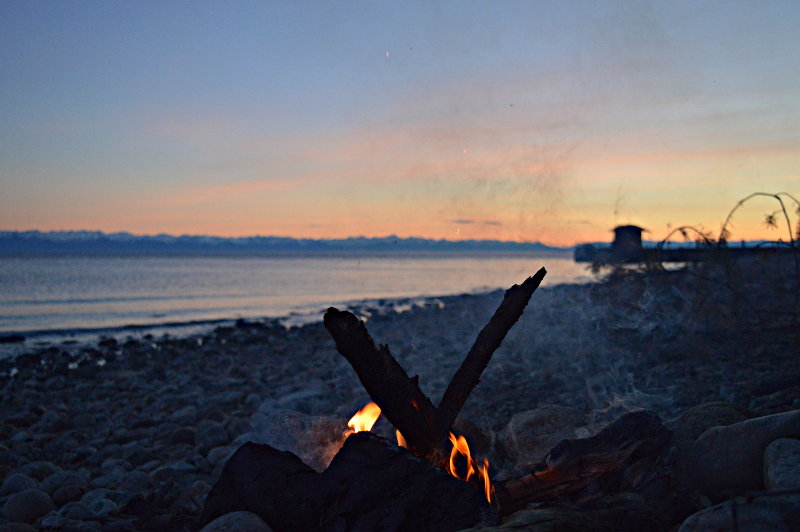 I was sitting cross-legged on a pebble beach. My roll mat and sleeping bag were already laid out next to me, in anticipation of the night ahead sleeping under the stars. It was perhaps on the cold side to attempt a bivouac, but the flickering campfire and large pile of branches beside me would ensure I stayed warm, or at the least, survived, the night. That same fire, that I had cooked my dinner on just half an hour before, now sent shadows dancing down to the shoreline.

The waves curled and licked at the pebbles in front of me. Unlike the sea they never came any closer or ever moved further away. Birds fluttered into and out of my gaze. The chill of the late October evening was creeping in around me, but the lingering heat from the sun, now blazing bright colours across the sky, still clung to my skin. I watched as the colour of the mountains in the distance slowly melted into the engulfing darkness and I felt content. 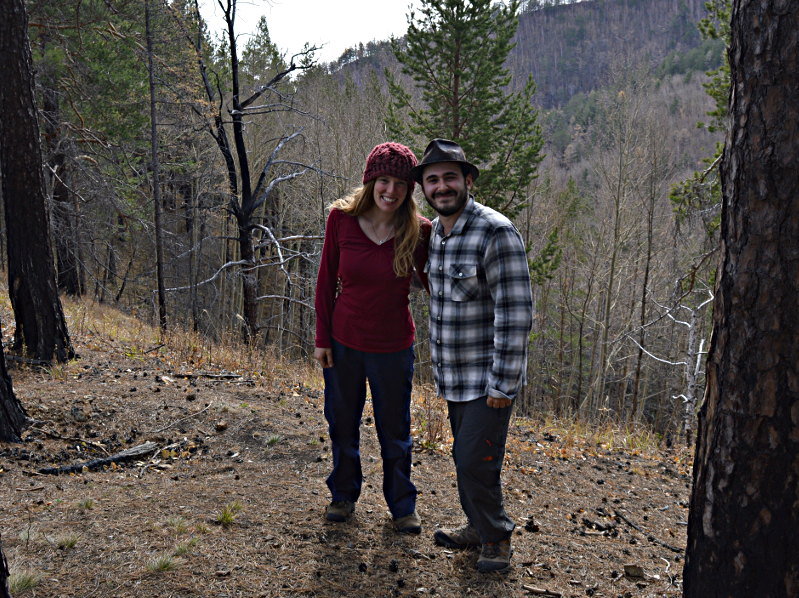 As often seems to be the way when I travel alone, I am fortunate to meet like minded individuals along the way to share adventures with.

Stephane, who I had met just the day before, was sitting beside me. I hardly knew him, but in that moment, there was no better companion. He said nothing, just stared out at the expanse of water and sky before us, just like me. I enjoyed sharing the silence as night thickened, contemplating the day that I had shared with him and the return journey the following day.

I had spent the day hiking along The Great Baikal Trail. As its name suggests, the path follows, for the most part, the shoreline of the vast and awe-inspiring Lake Baikal, in the heart of Siberian Russia; the largest and deepest freshwater lake in the world.

A part of me is always inexplicably drawn to water, and surrounded by snow-capped mountains and clear blue skies, it was hard to imagine a place more beautiful and wild than this.

I was not lucky enough to spot any of the rare dolphins that live in Baikal’s depths, but I was grateful that I didn’t bump into any grizzlies either. Bears roam the forests that surround the lake and, though the threat is small, it felt real enough to me. Never before had hiking felt like an extreme sport but the possibility, however tiny, of meeting a bear, hungry before a long winter ahead hibernating, was enough to make me duly cautious, and I was glad not to be alone.

I contemplated an early morning swim, but after a cold night decided to settle for a paddle instead. I scooped up enough water from the lake (which, incredibly is clean enough to drink thanks to a special algae) and satisfied myself with re-stoking the fire to brew a coffee.

Later in the day however, as the warmth of the sun made my skin sweat as I walked, the cool water suddenly became a lot more appealing. I stripped off and ran down to the water for a skin-tingling swim, before heading back over the steep hill to Listvyanka village with all the comforts and conveniences it offered. 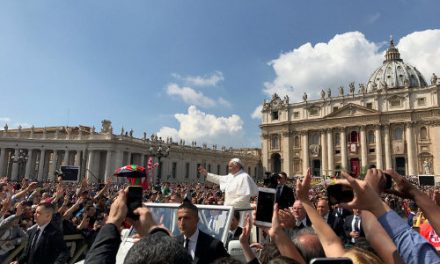 Gratitude at the Vatican:
An Unexpected Easter Blessing