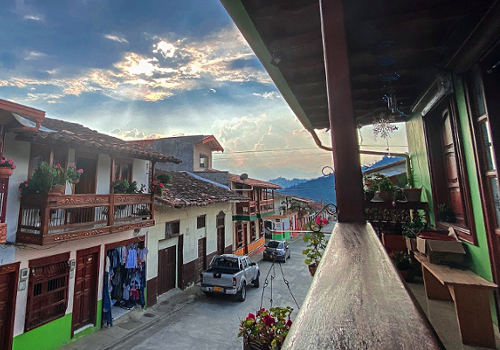 One of the travel rules I try to live by is following the advice of others. Tourists, long-term travelers, or locals. The "who" tends to not matter as much as the "where". People who've been in a country for a while have the best insight. Whether it be for day trips, minor activities, restaurants, or entire cities. There's always a hidden treasure I could've missed without help, despite my relentless research. Research can only do so much.

During my last week traveling around Colombia, I was ready to put this travel rule to good use. Colombia is deceivingly large, and I'd covered a lot of it in the two months I'd been wandering. The coast had been accomplished in the first month of the trip. Stopping over in as many interesting places as possible. Towards central Colombia, I'd definitely gotten a little lazier. Staying in Medellin and Bogota for a bulk of my days. I absolutely love the city of Medellin. My affinity for Medellin was akin to New York City. It made me feel like a body in a sea of others. A feeling that, unlike most people, I craved. However, after weeks on end in one overbearing city after another, I was beginning to get a bit drained. The "antsiness" of spending too long in one place. With only a week left before a flight leaving Medellin, I didn't want to stray too far.

Walking through the Pastel Colours of JardÃ­n ©2020 Sky Ariella

I'd originally planned to make my way to Salento. A town that's famous for coffee tours and beautiful views. From Medellin, it was an 8-hour bus ride each way, though. Eight hours on a Colombian bus could mean anything from 10 to 12 hours. That was a bit too far of a reach, and too many hours in transport for me to only be able to stay a couple of days and turn around. I turned to the people around me. Where could I go that was close, but also, a different experience than the gargantuan cities of Medellin and Bogota?

I started asking around. The receptionist at my hostel, a local friend I'd made in Medellin, another tourist who'd already extended their visa for an extra three months. The answer from all of them was resoundingly similar: go check out JardÃ­n.

I'd come across the name of the town a few times while researching places in Colombia I wanted to go to. Its online presence was sparse in comparison to places like Salento and Guatape. It ended up slipping my mind until so many people told me to venture in its direction. They boasted about the pastel, candy-coated town in the middle of the Andes Mountains as a peaceful haven to escape the chaos of Medellin. A mere 3-4 hour bus ride from Medellin. It sounded like a perfect place to get away for my last weekend in Colombia.

On a toasty Friday morning, I locked my big, cumbersome bag away at a hostel I'd grown fond of in Medellin, and headed for the Terminal del Sur with only some clothes and my laptop. I approached the ticket station, to be informed that the next bus was leaving in ten minutes, and I made a mad dash after buying a ticket for 29,000 Pesos (about 8USD). I made it just under the wire, and by 12 PM, I was slowly but surely on my way out of Medellin. The bus guzzled along throughout the city streets. Stopping every ten minutes to pick up a guy with potato chips & chicharrones wrapped around a makeshift display, or a cooler filled with water and beer. Even someone selling rosaries and a couple who sang for tips. The vendor would walk through the aisle of the bus, speaking in hasty Spanish about their selection to the passengers. After exchanging a snack for a few pesos, the vendors would hop off the bus, which never fully stopped, but only rolled to a somewhat less deadly speed. I'd been on a decent amount of bus rides in Colombia by this time, and this one by far had the most of a 'moving market' vibe. It added about an hour and a half to the trip with all the subtle pick-up detours.

Despite the slowdowns, I enjoyed the drive. I usually do when it's through the mountains. The more hours that passed behind us, the vaster the land became. The buildings became more scarce and sloping horizons more plentiful. I spent most of the ride finding the perfect driving songs on Spotify and looking out the window. Unable to tear my eyes from the sights flying past. By the time we pulled onto the slender streets of JardÃ­n at around 5 PM, I'd spent so much time looking to my left that I walked off the bus with a neck ache. Worth it.

The Basilica of the Immaculate Conception, JardÃ­n ©2020 Sky Ariella

Sometimes, the moment I get off the bus, plane or train to a city I've never been to before, I know it's going to be my type of place. JardÃ­n was like that. It's a small, soft place. So small, in fact, that my hostel was just around the corner. As any would be, since it's approximately 15 blocks, smack dab in the middle of the mountains. I was fairly exhausted from the combination of travel and heat, so I spent most of the night in the hammock on the balcony of my hostel, 'Naty Luna'.

The next morning I woke up with a very extensive plan. Having absolutely no plan. I got dressed and went out in search of the most valuable commodity for me before 10 AM. Coffee. JardÃ­n is nuzzled right in the heart of coffee heaven. Since it's in the direction of Salento, they still had some of the best in Colombia. I wasn't disappointed. My morning cup of latte frio, sin azucar, put a special kind of pep in my step. That might've just been JardÃ­n's effect on me though.

I headed towards the center square of the town. A tiny park enveloped in weaving Colonial-style streets and cafes. The backdrop in this heart of JardÃ­n was an intimidatingly large, but gorgeous, church called "Basilica of the Immaculate Conception". It sat, impossible not to see out of the corner of my eye. Watching the soft bustling of mangos being sold and men riding horses. Such an intricate structure in the midst of a quiet pueblo, like JardÃ­n, felt like it belonged somehow. It fits there.

I really love places that are dripping in color. Where each home, business, and building is completely unique. That was JardÃ­n to a T. Despite its small size, JardÃ­n was bursting at the seams with life. The colors created this palpable energy. Something about endless blocks of lavender, baby pink, and indigo made the day feel brighter.

After weaving my way through the flamboyant streets for a while, I stumbled upon a path into the foliage. Path might be a strong word for it. It seemed like people had walked down this way enough times that the grass was giving way to feet. Creating a bald patch in the ground. It sparked my curiosity, so I ventured down.

Almost immediately, I came face-to-face with this incredible tree. It loomed over the "path". Creating a little alcove of shade from the steamy Colombian sun. Draped around the branches of the tree was a fuzzy, grey moss. I'd never really seen anything like it. It was so whimsical.

The trail led down to a bridge that I was reluctant to trust but ended up having to because on the other side was a lone horse munching on some grass. No owner, no harness, and seemed to have no cares. I got close enough to observe and grab a picture or two before I turned back around at the sound of the horse loudly neighing. Maybe, it was just a hello, but I didn't want to bother him.

I spent most of my time in JardÃ­n like this. Aimlessly wandering the colors and coffee. Along the way, I found some gems. Such as 'Dulces del JardÃ­n'. A famous sweets shop with an incredibly aesthetic interior. Being inside felt a bit like being transported to a hipster Los Angeles cafe, complete with coordinated rainbows vases creeping up the wall to the ceiling and sugar-dusted pastries straight out of a dream.

I also found some great people. A girl from Kuala Lumpur, whom I bonded with after I told her about my travels to Malaysia and she told me about going to Burning Man. Another friend she'd met in Jardin from London, who took us on wild rides of travel stories through South America over beers. In addition to some fun travelers, the kindness of locals really made JardÃ­n special. Whether I was ordering lunch, or having a simple exchange in the street, everyone greeted me with a smile on their face. I'm sure they could feel that magic, prismatic energy of JardÃ­n, as well.

JardÃ­n was the best possible place for me to spend a few days. It checked every box. It was effortlessly beautiful, easy to get to, and best of all, easy to be in. I could've seen myself spending upwards of a week there if given the time. Sometimes, the places that really stick in my mind are the ones that I only spend a few days in doing, arguably, not much. Not rushing to sights, or activities, or restaurants. Just sitting back in a hammock with a beer, enjoying the space and people around me. That was JardÃ­n for me. 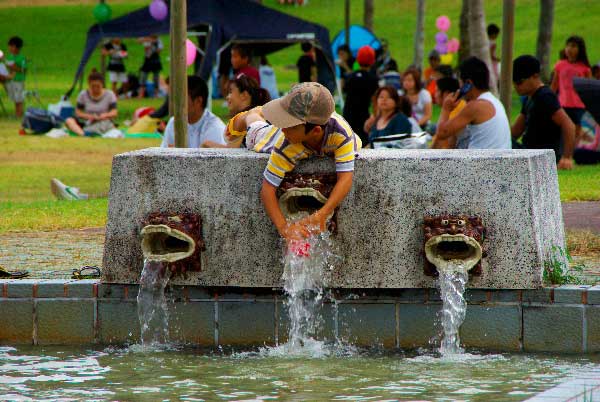