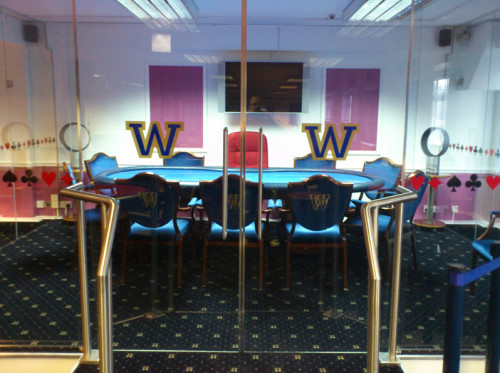 London is one of the most visited tourist destinations in the United Kingdom because of the numerous attractions and activities one can do in this city. The usual thing that tourists do in London is to visit its main landmarks such as the British Museum, London Eye, and Tower of London. Another popular activity is watching the theatre shows and musicals. If you're tired of doing the same thing each time you go to London, then why not try something new?

Poker is a game that many backpackers enjoy playing because it is challenging and exciting especially when you're close to forming a Royal Flush. Usually poker aficionados go to Las Vegas or Dublin, but it can get too crowded in those places sometimes especially when huge tournaments are held in those cities like those from the World Series of Poker. Not everyone is aware that London is a great place to play poker. You have many choices on where you would like to play poker in this city. Some people still prefer going to poker clubs while others, especially the younger generation, have decided to switch from the poker rooms to Partypoker.com because of its accessibility. The popularity of poker in London is quite huge that Channel 4 even produced a show centered on this game called Late Night Poker back in 1999. This British series returned to television again on 2002, 2008, and 2011.

This game is definitely here to stay in London and even backpackers are attracted to the city's poker scene. So during your next visit to this vibrant city, make sure to check out the best places to play poker in London for a winning experience.

Situated in West London, this club boasts of having one of the largest card rooms in the country with the size of 11,000 square feet. The Western Club can accommodate up to 300 people and hosts numerous poker tournaments. Since this is a private club, you need to register first to become a member. Don't worry because membership is free, but you have to wait for two days to get it validated.

The poker room in Victoria Casino, or also known as Vic, is considered a poker landmark in the country. The Vic's luxurious poker room offers a wide selection of games. The stakes here are also high so don't be surprised if you happen to play against a professional poker player.

This casino is very accessible with a superb location along Shaftesbury Avenue and just a few steps away from the Empire. If you are a newbie or a recreational player, then the Golden Nugget Casino is the perfect place for you. The stakes are low and the people here are friendly.

this post is brought to you by Party Poker