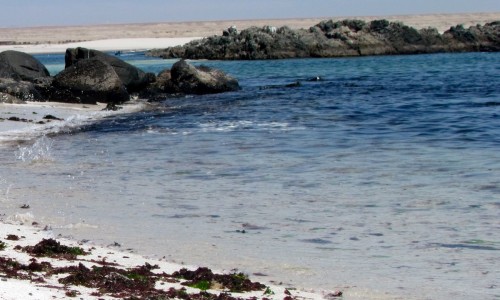 I Arrive in Bahia Inglesa

Slouched over their sand-flecked pushbikes, four young Chilean men ogle me curiously, their heads tracking my slow movements down the sidewalk. Inside a small corner store and through the window of a beach side seafood restaurant I feel the eyes of shopkeepers and bored waiters watching with interest as I struggle with my 20 kilo backpack downhill from the taxi rank, following my nose toward the smell of salt and sand.

A small seaside village of 150, the main attraction of Chile’s Bahia Inglesa (English Bay) is it’s brilliant emerald waters; a little piece of the Mediterranean hidden on the west coast. The locals enjoy year-round balmy temperatures that often reach 30 degrees. They are are tanned and dark-haired, the older men in particular sport the kind of leathery skin you know only comes from years spent under the sun. I have pale, freckly skin and blonde hair. Not to mention my over-sized, hip-hugging backpack. It is October, low season. With a lack of other tourists about, I'm a real anomaly.

A short walk around town confirms my earliest suspicions. Yellow clapboard houses with rusty sun-loungers have their curtains drawn tight. Small shacks advertising day trips to see marine life are boarded up for the low season. Even the manager of Domo Bahia Inglesa, my quirky dome-shaped cabin for the night, is mysteriously absent.

A Quiet Town in Chile with Good Food 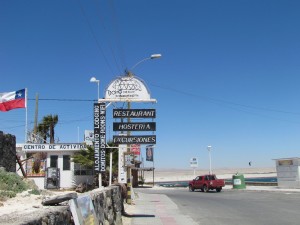 With a lack of options, I decide to eat instead. El Plateao restaurant has a sun-worshippers terrace and prime views of the bay. I have been advised that Bahia Inglesa is the best place to visit for the freshest seafood meals. El Plateao doesn't disappoint. My bouillabaisse is riddled with the tenderest of squid, baby octopus and chunky seabass, swimming in a rich tomato-based sauce, infused with just the right amount of garlic and spices, served muy caliente and thoughtfully paired with an Argentinian Malbec. I have died and gone to culinary heaven.

Every step of my South American journey thus far has been punctuated by bustling crowds, big cities, impatient tourists, comida mal. Bahia Inglesa’s gentle rolling waters and the occasional squawk of a seagull is a welcome contrast. But make no mistake warns a friendly waitress, during the summer months Bahia Inglesa can rival any big name resort. Visitors flock here in droves not only for the crystal clear waters and white sand stretches but also for the number of outdoor excursions that are offered here in peak season. Kayaking, parasailing, day trips to marine wildlife sanctuaries and bike hire, to begin with.

Before Staying in Bahia Inglesa…

Long-term holiday makers stock up on provisions at nearby Caldera, a ten minute drive, as the main street in Bahia offers only a handful of restaurants and some markets. No ATMs, no supermarkets, no pharmacies, not even a bus station. Upon arrival I have taxied from Caldera where TurBus and Pullman both offer on-going services to San Pedro or La Serena.

Now the sun is beginning to sink below the sea and the wind is picking up.

Mopping up the last of my home-baked sourdough into the spicy bouillabaisse sauce, I am beginning to feel the effects of a long bus trip and too much sun, a feeling perpetuated by the red wine. It’s time to settle into my dome. I pay my bill (unfortunately small-town food doesn’t equal small-town prices) and head toward my accommodation, hoping the absent manager has returned by now. Feet sunken in the sand, backpack at my side, I knock loudly several times on the wooden gate. Eventually it is opened by a short, bleary-eyed Chilean hombre. Just like the rest of Bahia Inglesa, he has been asleep.

Kelly Dennett is a twenty-something journalism graduate from New Zealand .She has spent the last three years living in London and backpacking through Europe, Mexico and South America. In 2013 she hopes to become fluent in Spanish , move to a new country and finally crack the 100 stamp mark on her passport before it expires in October . 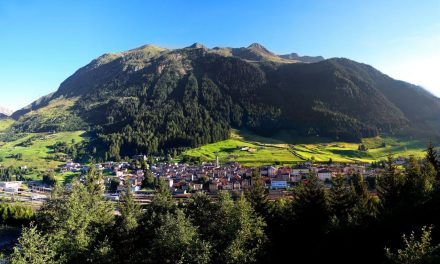