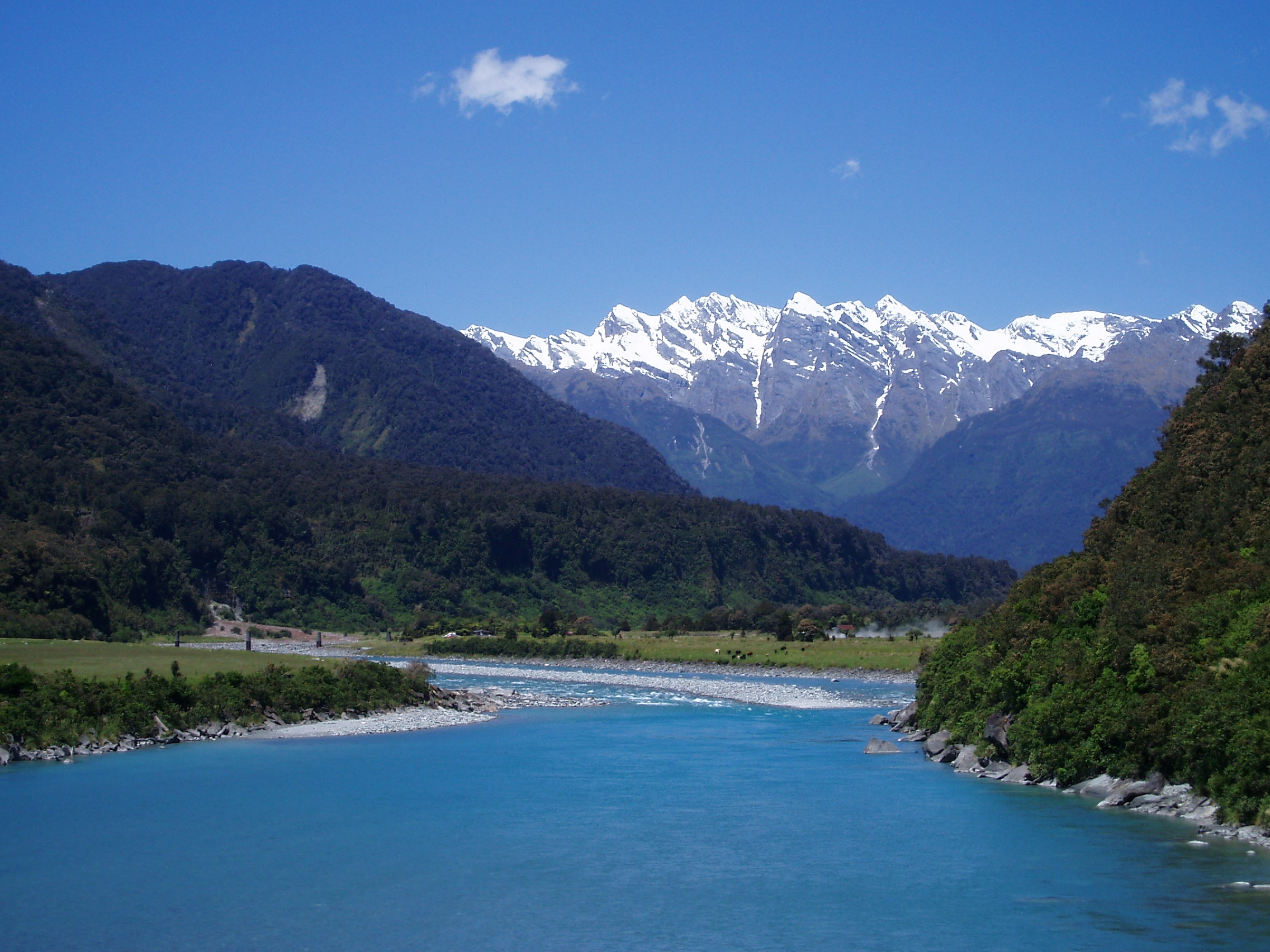 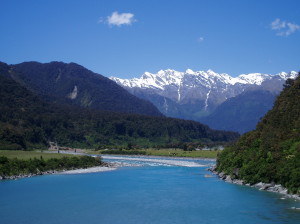 It’s like clicking through a stereoscope with picture after picture of gushing rivers, snow capped mountains and smooth straight roads. A different image appears at every turn of the wheel, whether static or moving, beckoning us to stop and snap yet another brochure quality photograph where the real talent is not the photographer’s, but the naturally photogenic scenery of which South Island is famous for.

A ten day round road trip itinerary was planned between New Zealand’s quake prone city of Christchurch, round the top through Greymouth, the glacier region, through to 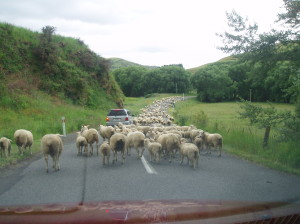 Queenstown and back. Our first stop was the town of Kaikoura, north of Christchurch, known for its water-based activities and fishing, to join an adventure out to the open sea to swim with the seals.

I may have been some form of water

creature in my past life, as I continue to find myself being fascinated by these slippery mammals darting up and down the ocean surface. These inquisitive, long whiskered creatures are New Zealand’s fur seals, and they know how to have fun with their human visitors. One circled me as I floated uneasily, trying to get used to the initial shock of the nippy, cool waters of the southern Pacific. With its large eyes staring right into mine as we both floated about, one more graciously than the other, my fellow swimmers were squealing with either delight or fright, as the other
We didn’t want to stay in Greymouth for long, so after a good night’s sleep and a tour of the local Monteith beer brewery – a must for beer lovers – we drove along the west coast down to glacier country. Not that we were paying attention to where we were going, as we were distracted on a minute to minute basis by the constantly changing landscape surrounding us throughout the drive. We passed pastel green meadows dotted with sheep, rivers the color of turquoise washing the grey pebbly shores, lakes with pink and purple hyacinth decorating their grassy edges, hills that rolled in uneven wave lengths and towns that sold jade and possum pies; all the while surrounded by mountains sprinkled with a thin layer of powdery snow against a deep blue sky with cotton clouds.seals tried to chase them to play or copied every movement the clumsy humans were doing in the water. An hour with the fur seals was over too soon. We peeled off our thick wetsuits, got rid of the salty smell with a quick rinse, and were back in our car driving westwards towards Greymouth. 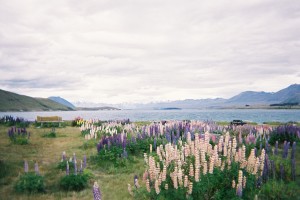 This painting like depiction of the land was to stay my fondest memories of our trip, even after we’d strapped spikes on our shoes and climbed Franz Joseph glacier to admire the ice so condensed that it turns into kaleidoscope layers of blue. Relying on our guide to carve out a stepping path with an ice pick, we gingerly sunk our spikes into the steps hoping the grip would be enough to stop us from toppling over into the deep crevasse nearby, An experience as it was, the adrenaline effect was only temporary as we drove on.

The postcard perfect imagery continued as we left the frozen planet, through dark green forests into Queenstown at the valley below; not even a cruise in the Milford Sound, where the entire surrounding of mountains and waterfalls were symmetrically reflected on the water so still. every ripple could be felt and every dolphin that breached its surface were like objects breaking out of a flat screen TV, were comparable to the feeling of sheer delight when the car emerges from yet another tunnel and the wheel of the stereoscope turns again. 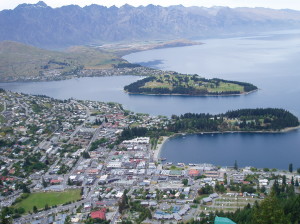 We came to the South Island with the idea to see as much as possible in as short a time as possible and drive on. The weather conditions were favorable; the roads were perfect and locals (humans and animals alike) friendly. The South Island felt like a natural playground specifically built for wandering tourists and the only thing that delayed our trip was the constant need to stop and take more photos. There were many attractions that lure the eye, but as we discovered, the trip around the South Island was less about the destinations and more about the drive.