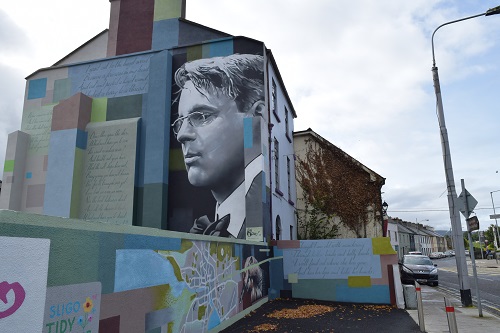 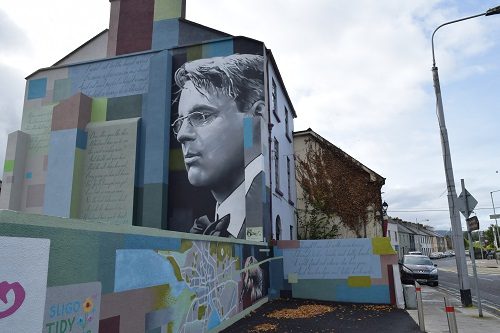 Getting Over Ireland’s Chill

There is a point in life when you start questioning your life choices.

That point for me, was about an hour into the first day of a cycling tour with Wilderness Ireland around the counties of Sligo and Leitrim exploring Yeats country.

Drenched head to toe by the soft but insistent Irish rain, fingers numb from the cold and legs still stiff from sitting on the train for 3 hours from Dublin, I was simply not ready for this.

Yet, there is an almost spiritual energy about this part of Ireland that kept me going.

Our journey began at Sligo station, where I met two of my fellow travelers when waiting for our guides to meet us. A miserable rain drizzled on outside the station building, and we looked at each other in doubt: how were we going to enjoy a week outdoors in this weather?

We needn't have worried. During the week under dark grey skies and along the mud brown sea, we learned that even in the rain, the landscapes of north-west Ireland oozed its infinite charm and melancholy beauty onto us.

This part of Ireland has not yet experienced the sort of mass tourism seen daily around the Ring of Kerry, Cliffs of Moher or the rowdy bars around Temple Bar in Dublin. I hope it never will be, because I love its rugged environment and the many quiet, ponder-worthy spots we cycled through along the way.

It has been said that Irish poet, William Butler Yeats called Sligo his 'Land of Heart's Desires', having composed numerous poems praising the area. 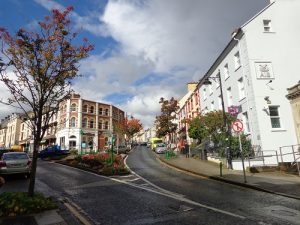 It is hard not to get poetic about this part of Ireland, generally known as Yeats Country, for Sligo and surrounds has influenced much of Yeats' work in his life.

One of the most significant landmark around Sligo Bay is the impressive silhouette of Ben Bulben. It is a large limestone mountain created a dramatic formation as a result of moving glaciers during the last ice age.

Many consider the area around Ben Bulben mythical, and brings the setting of many Irish legends, of stories of warriors, giants and enchanted boars, as well as communities that believed in fairies.

In Drumcliff churchyard Yeats is laid.

Irish poet William Yeats, staged Ben Bulben in many of his works. This includes a definitive poem Under Ben Bulben, widely considered as his celebration of the lives and communities living under Ben Bulben. Yeats’ burial site is in the town of Drumcliff.

Due to the status of Yeats and Yeats country in Ireland, Ben Bulben had signified the Irish identity. This concept was important to Yeats, whose efforts to establish a Library of Ireland and advocacy for Irish independence made him a cultural and political figure of Ireland.

Furthermore, we cycled around Ben Bulben, past crisp green pastures where sheep and cows grazed, lined sparsely with wild blackberry bushes. The bumpy country roads tested my strength and stamina, yet touched by the mythical powers of Ben Bulben and the splendor of the surrounds, my heart was with lyrical joy.

The mirroring waters of Lough Gill

We cycled around the corner from Ben Bulben and Sligo town around the still, mirroring waters of Lough Gill. Constant rain filled the atmosphere, but the sun made an appearance on this day. For the first time on this trip, I felt what Yeats must have felt when he wrote The Lake Isle of Innisfree.

I will arise and go now, for always night and day

I hear lake water lapping with low sounds by the shore

While I stand on the roadway, or on the pavements grey,

I hear it in the deep heart's core.

After a hill climb to reach this point, I find myself breathless both from the cycling and the jaw-dropping beauty of Lough Gill.

With blue sky overhead, the morning mist slowly lifted from the calm surface of the lake, revealing a royal blue sheet of velvet that reflected the surrounding landscape in perfect symmetry, I'd almost forgiven Sligo for the initial rain then. By nightfall, the sky above Lough Gill sparkled with diamonds, Sligo had bewitched me to forget the rain completely.

A tribute to Yeats

Back in Sligo town, a sculpture of Yeats by Irish sculptor Rowan Gillespie takes its stand outside the Ulster Bank building. Wrapped in his own words that guided me on this journey, it is obvious that his legacy continues in the spirits of the people of this land.

In addition, filled with a newly found fondness for Ireland, in the sunshine or under the rain, I no longer questioned my life choices.

For more about Ireland.
To read works by W. B. Yeats 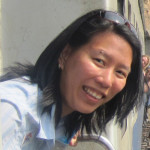 Amy McPherson is a freelance writer based in Sydney, Australia and she is obsessed with the world. Since spending a year studying broad in Germany more than ten years ago, Amy has not stopped wandering the world. From backpacking South East Asia to volunteering with communities in Peru, even her corporate career cannot stop her from her real passion. She met her husband in Peru and the pair has made traveling a priority in their relationship.