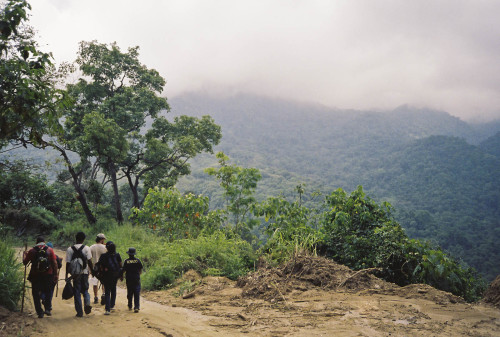 It was rainy or "low" season in Colombia, but I needed a high. It may sound impossible, but one can honestly get tired of the beach. I had been traveling for three weeks along Colombia's gorgeous stretch of Caribbean coastline when I inexplicably reached my limit. I simply woke up one morning in my hammock, sticky with sweat and squinting at the already scorching Santa Marta sun and decided that I needed a break from la costa.

Thankfully, the nearby Sierra Nevada, the world's highest coastal mountain range, provided the perfect altitudinal escape for overheated Santa Marta travelers. Earlier in the week, I was eluding the unyielding midday heat in a local cafe when I read a brochure about Minca, a small mountain village in the Sierra foothills, famous for its organic coffee and stunning scenery. 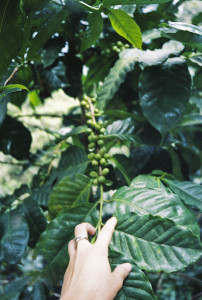 coffee plants on the mountain

I asked around and found out that the village was only a 45-minute mototaxi ride away from downtown Santa Marta and, most importantly, reported to be more than 25 degrees cooler than the coastline.

I couldn't pack my things fast enough. I was on the back of a mototaxi within the hour, racing up one of the two main thoroughfares leading up into the Sierras. The mountain roads here are narrow and extremely dodgy in some places, but I decided to take off my helmet anyway. Safety was worth risking for an unbridled view of the lush labyrinth of jungle canopies unfolding right in front of my eyes. I was still only in the foothills of the mountain range, but the air became cool and crisp after only a few kilometers.

The revitalizing ride delivered me to the doorstep of Sans Souci, a uniquely beautiful coffee farm or "finca" nestled right above Minca's main plaza, that offers panoramic views of the Santa Marta tropical forest below. The farm is also, in part, a small hostal and during the high season (December-August), guests can work on the farm to receive a discounted room rate.

I was visiting during the low season, however, so I spent my days wandering around the mountain trails extending above my lovely accommodations instead. I was ecstatic to be breathing in crisp mountain air and enjoying the shade of the Sierras as I hiked. There was no need to escape merciless sun and humidity with an hour-long siesta.Â  With the threat of heat exhaustion eliminated, the only thing left to do was explore. 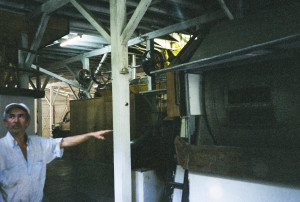 After hiking up a few kilometers, I decided to follow some of the numerous, unmarked trails leading away from the main road. One such path took me to a centuries-old coffee plantation, where I shared a cup of tinto with the property's caretaker. He showed me the ins and outs of the plantation, including antique equipment from the 1800s that they still use in coffee production today.

Another of these trails led me to Pozo Azul, a small enclave alongside the waters of the Minca River, which cascades all the way down the Sierras to sea level. A few local children were swimming amiably around the sizeable waterfall and swimming hole when I arrived at the river's edge. I wanted to join in the fun, but I had only just slipped my first foot in the water when I yelped with shock at the freezing temperature. I had to laugh at myself.Â  I found precisely what I had been looking for during my coastal hiatus in this invigorating mountainside.

Ramona Flume is an insatiable world traveler who has spent the past two summers exploring her favorite country, Colombia, alone and armed only with her notebook and film cameras. She recently graduated from the University of Texas with a degree in journalism, which has significantly cleared up her schedule to see more of the world. She is currently based in Austin, Texas and writes about her travels at her blog: http://ramonaflume.wordpress.com.

Your pre-holiday checklist: Discover 7 things to sort at home before you hit the road 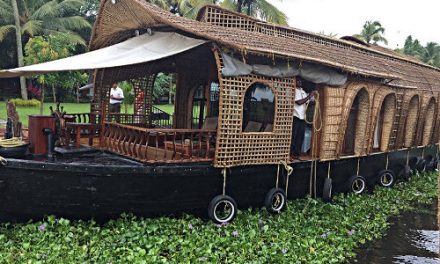