The Moody Skies of Malham 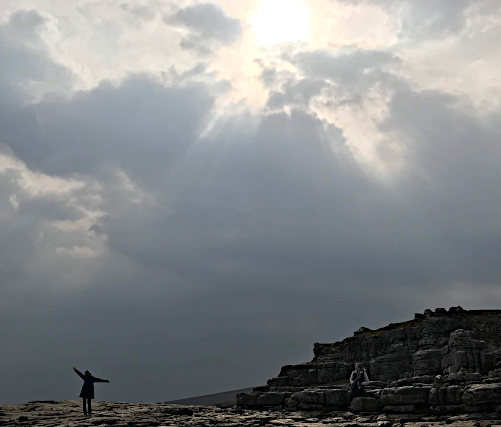 Bill Bryson once said, “I won’t know for sure if Malhamdale is the finest place there is until I have died and seen heaven (assuming they let me at least have a glance), but until that day comes, it will certainly do.” You see, being half English means being rather fond of Bill Bryson and looking to him always for affirmation that England is one of the loveliest corners of the world. I grew up in the United States but have spent countless weeks and days being back on that small island and feeling its singular tug on my heartstrings when I’m elsewhere. So, when I came upon Bryson’s opinion of Malham, a village situated in the Yorkshire Dales, I knew that I had to visit. 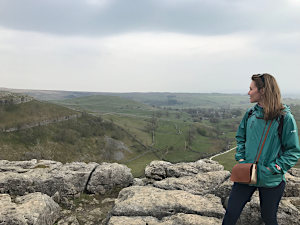 Nearly a five-hour drive north of London, Malham rests at the southern end of the Yorkshire Dales National Park. Its people are warm but not overbearing, its views sweeping and bucolic, both of which I learned within minutes of pulling up to the Lister Arms with my mother, father, and sister. It was a sunny morning, one of the most pleasant April days I’ve ever experienced in England, and it was the first day of our long weekend in Malham. The Lister Arms is a classic English B&B its pub is just steps from many of its guestrooms, and though we would be staying in a charming little cottage down the road made for families, I couldn’t help but yearn for a room that would allow for occasional whiffs of heavy carpeting and hearty pulls of English bitters now and again. We received a few recommendations from the bartenders about nearby walks, and within moments, we set out with our packs and a rough idea of where we wanted to go.

Our first stop was, of course, Malham Cove. The public footpath leads directly to the cove, which, upon arrival, bears down on visitors like the limestone monolith it is. The Harry Potter superfan in me shrieked with joy at recognizing it easily as one of the filming locations for the seventh movie (part one). It’s easy to understand what makes the setting so spectacularly suited to the big screen: the looming rock face is cracked and jumbled, seeming at once powerful and fragile. The path leads from the cove, a pleasantly pastoral area, up and around to the tops of the limestone formations, and what a sight it is once you’re at the top. I scrambled up the path far ahead of the rest of my family, craving the view like I usually crave a pint at the end of a walk. Sure enough, once I found myself at the apex of the hike, I also found my mouth open and my heart beating loudly in my ears.

There is no way to describe the pattern of the limestone pavement’s formation and erosion other than that walking on it is like walking on a brain. The twists and turns of the rock make the landscape feel strange and alien; I had to remind myself that I was in England and not on an interplanetary adventure by looking out over the Dales again and again in dumbfounded gratitude for having found such a strange and lovely place. The hills and valleys visible from the top of the cove, of course, are classically English in that they’re limitless, green, and interrupted only by beautiful rock walls and the occasional sheep or farmer. The contrast between the squiggly limestone and the rolling hills was like a work of art, demanding space and time to be appreciated and understood.

When my family caught up to me, we took pictures atop the cove and marveled at our good fortune. A fine mist was just settling in the distance, so we decided to carry on in the direction of the Gordale Scar, an equally arresting limestone formation nearby that, geologically speaking, was likely formed by icebergs moving through the region in dizzyingly bygone times.

As we strolled along the path, my dad and I cast occasional, suspicious glances upwards at the heavy clouds gathering above. “That’s the thing I like about English weather,” he offered, which made me raise an eyebrow in confusion. He’s “full-English,” like the celebrated breakfast order. Born and raised in South Yorkshire, he’s the reason I’m a dual citizen of both the USA and the UK.

“What’s the thing you like?” I said, seeking clarity. The clouds were looking more menacing with each passing moment, and I wanted to make it to the Scar before teatime.

“Because it’s not really weather, is it?” he replied cheerfully. “It’s more like a mood.”

I looked upward one more time, trying to see what he meant. Sure, okay: the sky wasn’t one uniform color of grey, I’d give him that. But moody? I couldn’t see it. Not then. Not yet.

Mercifully, the clouds passed us by without making a fuss, and we continued on our walk around the Dales. It took us hours to traverse the becks and tarns, going “up hill and down dale” as we would in our minds while listening to nursery rhymes from childhood. The thing about walking in England is that there is so much quiet, so much space and peace, that you can let your mind wander alongside your feet. It is on these walks that I most know myself.

When we finally arrived back in the village of Malham, we went straight to the central building of the Lister Arms and asked for several pints (code for more than one each). There’s just something about the fresh air of the Dales that makes beers like the Pennine Ambler taste so, so good. We sat in the fluffy, upholstered chairs and rested our beers on cardstock coasters encouraging us to “have a brew!”, and as we drank, I looked out the window at clouds that were once again gathering. There were deep shades of grey, blue, and even purple splotched across the sky like bruises. I found sunlight filtering through gaps and bits of sky that seemed washed with rain. The weather seemed to change with each passing minute, unpredictable and exciting. Moody, I realized, and I looked over at Dad to tell him.

He was already looking at me. He raised his glass, as I did mine, and we each drank deeply.

Jade is a middle school English teacher in the Greater Boston area who loves to read, write, and travel. You can find her here: eliassonjade.journoportfolio.com 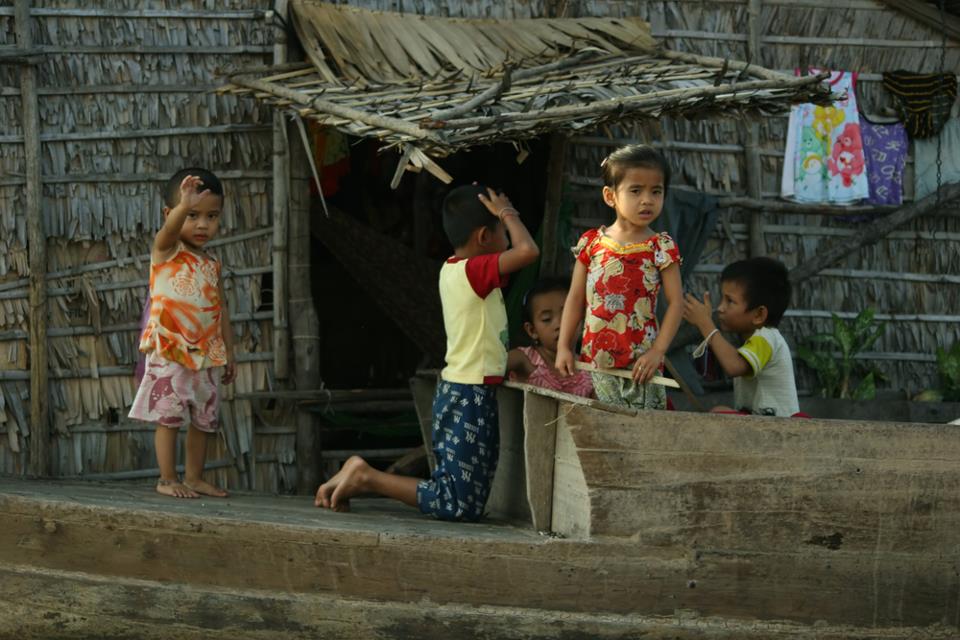