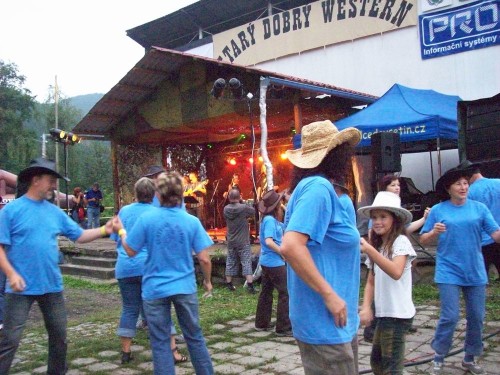 What is Czech Republic Tramping?

Before the communist era in the Czech Republic, there was a loosely organized group of outdoorsmen who liked to go “tramping.” They would pack a few essentials"”bedroll, mess-tin, matches"”then hike out into the woods or the hills and camp. Inspired in part by exotic tales of the American Old West, some “tramps” even dressed as cowboys, much like my fellow Arizonans dressing up as knights to go to Renaissance festivals.

Though I didn’t do any camping in the Czech Republic, hiking was one of my true loves there. Color-coded trails crisscross the whole country, well-labeled, accurately mapped, and beautiful. Summer, winter, fall, it didn’t matter. Those trails carried me into the peace of nature at least once a week all year. Yet I’d never heard of this tramping until the end of my stay.

David, one of my Czech students, explained it all to me as we sat listening to a country music concert. Some tramping groups, he claimed, weren’t allowed to carry anything in their hands"”only on their backs. One of those kooky rules of many a passionate organization.

During communism, the movement was banned, as were so many other old-school organizations. However, people still participated, now as a sort of protest: groups of outdoor enthusiasts hiking bare-handed against the government. Not perhaps terribly effective, but terribly beautiful.

These “tramps” held concerts out in nature, the folksy music taking inspiration from the American Wild West, and centering often on love and brotherhood. Years later, long after the communists lost control of the Czech Republic, one of these tramping songsters played at the StarÃ½ DobrÃ½ Western, a yearly country music festival I attended near VsetÃ­n, Czech Republic. They held it outdoors, in the glory of a Czech August, a stone’s throw from the lake near BystÅ™iÄka, in an amphitheater which opened onto low mountains. The festival was popular: two days of drinking beer, eating sausage, singing Czech country songs, and line-dancing with Czechs in cowboy hats and Indian headdresses.

These surprising crossroads of culture are one of the reasons I travel. It was my last weekend in the region, and I was trying to sponge it all up into my memory: the live music; the laughing groups of friends passing around homemade plum brandy; the gorgeous nature; the sound of Czech all around me, even in the lyrics of Johnny Cash songs; the pink cowboy hats; and the smell of rain and sauerkraut. Soaking it all up was impossible, however, for it was far bigger than me. I cried a lot those two days.

My Eyes on Moravia, Czech Republic

There we were in rural Moravia, the eastern part of the Czech Republic, hills alive with music, while this man"”this pacifist rebel “tramp” of yore"”bestowed on us his music. Just he and his guitar and his beautiful voice alone on the stage. I didn’t understand most of the words, but one line sang to me, over and over again: “My eyes are drunk on Moravia.”

His eyes and my eyes both.  So very, very drunk. 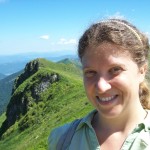 Melinda Brasher has traveled extensively in Europe and parts of Central America. Her best experiences have come from living and teaching English as a Second Language in Poland, Mexico, and the Czech Republic. She spends her free time writing fiction when she is not writing about tramping in the Czech Republic. 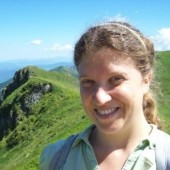