Grand Cayman, B.W.I. "“ (October 12, 2005) "“ There are many things to look forward to as a new season unfolds. On the island of Grand Cayman, the fall signals the beginning of its high season, when the Caribbean island pulses with activity as visitors seek a tropical getaway-from-it-all. This season marks the start of the now-famous Wine Dinner Series at The Westin Casuarina Resort & Spa, the only four-diamond dining on Grand Cayman, located at Seven Mile Beach, and which commences October 2005 through July 2006.

The resort's Casa Havana is one of only 13 Caribbean restaurants that has received the Award of Excellence from Wine Spectator magazine. It fuses island cuisine with offerings from its Cuban neighbor, topped with Asian nuances. The restaurant's exclusive, one-of-a-kind Wine Dinner Series is held 10 times a year and island visitors and guests of the resort can explore new vintages (some of which make their island debut at Casa Havana) complemented by unique tailored menus prepared by Chef Dusan Smetana. In fact, guests often arrange their trips to coincide with specific wine maker events.

October 14, 2005
Bottega Vinaia in the Mountains of Trentino
Bottega Vinaia is the outcome of a vision shared by Giacinto Giacomini and Anselmo Martini, two leading figures in the north Italian wine industry who, starting in the early 1990s, sought to highlight the potential of a handful of extraordinary vineyards in Italy’s Trentino region. Pairing these great wines with a menu from Maso Torasello will be an evening in true Trentino traditions.

November 18, 2005
Rocca de le Macie – The Crown Jewel of Chianti
From the Heart of the Chianti region comes a wine that bears the Italian soul.
The late Italo Zingarelli, a former boxer and film producer of note, bought Rocca de le MacÃ¬e (pronounced Roh-kah dell-eh Mah-chee-ah) in Tuscany’s Chianti Classico district back in 1973 with the box office receipts generated by a string of immensely popular spaghetti westerns. He embarked on a new career as one of Tuscany’s more unlikely wine producers. Paired with a truly Tuscan feast we will enjoy an evening in the vineyards of Chianti.

December 10, 2005
Asia de Cuba "“ New world meets the five fold of happiness.
Chaine de Rottiseur induction Dinner (by invitation only)
The Westin has been part of the Chaine de Rottiseur since 1996 and Casa Havana has hosted many prestigious events with this organization dedicated to great food, wine and the friendship around the table. This event marks the beginning of the Chaine dinner season with the induction of new members who will be knighted at the reception. Featuring a menu Asia de Cuba style, the restaurant will transform into the Budda Bar, a famous restaurant in the heart of Paris, while listening to the sounds of Varadero.

January 13, 2006
Feudi di San Gregorio
The Rock star of Italian winemaking
This winery is located in Campania, where Pompeii is located, using old grape varietals such as Fiano, Anglianico and Falanghina, which date back to Ancient Greece and not found anywhere else in the world. These grapes were brought to Italy and the volcanic ash from Mount Vesuvio (still the only active Volcano on the European continent) protected them from the bacteria and rot that had killed many other grapes in the country. Feudi di San Gregorio sources it grapes from the finest vineyards set in the rolling hills of the Irpinia region, located in close proximity to Mount Vesuvius. The volcano’s legendary eruptions have laden the sandstone and marl soil with mineral-rich deposits of volcanic ash, forming a unique composition that imparts highly distinctive aromas and flavors in the grapes. Casa Havana will be pouring a variety of wines that are 100 percent from these rare grapes, including Fiano, Falanghina and Anglianico, perfectly paired with a rustic Italian menu.

January 10 and 13, 2006
The Home of the Super Tuscans "“ Col d' Orcia
Featuring Col d' Orcia, this Tuscan vineyard is famous for Brunello di Montalcino. This event will feature a visit from Owner Count Francesco Marone Cinzano and a presentation of his new Chilean wine from the House of Col d' Orcia, Erasmo, using French grapes exported and planted by the Count. The winery was founded in the 1700s and is located on a hilltop villa in the Montalcino region. This is one of the resort's most popular wine dinners because it is an authentic Tuscan feast.

February 8 and 10, 2006
Exploring the Wines and Region of Piedmont, the Cradle of Barolo
Marchesi di Barolo, the oldest Barolo maker in Piedmont, brings unsurpassed quality at the peak of winemaking. The winery is owned by Paolo Abbona, a renowned collector of watches and Ferraris, who will attend the event. One of the wines being poured is a Cannubi, which is 100 percent Barolo, and all pourings will be complemented by a multi-course Italian meal.

March 10, 2006
El Bulli Revisited: The Romantic Food and Wines of Spain and Portugal
Spanish producers Faustino, Campillo and Paraquita will complement this popular dinner that recreates recipes from the famous "experimental" restaurant El Bulli in Spain, including dishes such as White Truffle Oil Ice Cream with Black Truffle Jelly and Beetroot and Yogurt Ice Lollipop. This event will surely lead to a passionate evening!

April 14, 2006
Winemaker Anselmi and The House of Bertani
Bertani was one of the first producers of AmaronÃ©, which is the star of the evening, a blend of Corvina, Rondinella and Molinara grapes. The AmaronÃ© is unique in that the harvest process begins in early October and lasts for two weeks, after which the grapes are laid out to dry under a sheltered cover, allowing the air to circulate through the room. The Noble Rot, which is used in dessert wines, touches the grapes until they reach fermentation stage in February. The grapes are pressed and transferred to oak barrels where they age for five to eight years before bottling which produces a slight raisin taste, after which the grapes are blended with other varietals to create a cabernet like wine.
The Anselmi winery was founded in 1948 by Roberto Anselmi’s father. A native of the area, Roberto Anselmi felt an emotional as well as professional commitment to tapping the unrealized potential of the wine he grew up with. Over the past decade, he has been quietly revolutionizing the way Anselmi Soave is made and marketed, transforming it from a pleasant, “easy-drinking” wine into a premium white that has been favorably compared to fine, French Chablis.
May 12, 2006
Island Introduction: Chile's Mont Gras, The Sun of Chile in a Glass
Mont Gras is a Chilean wine and this event marks the first time these wines are being poured on the island. The winery is owned and operated by Sven Cruchfeld and Paul Hobbs who aim to create modern Chilean wines using state-of-the-art technology. Mont Gras has been producing since the 1990s and is a leading wine producer in the Colchaqua Valley. A spicy Chilean menu will marry the wine for a perfect pairing.

May 12, 2006
Wines from Down Under and New World Cuisine
New Zealand's Grove Mill and Australia's Brown Brothers are back for an encore. Grove Mill was established by local grape growers and wine enthusiasts and is located in the Marlborough region. It has produced Rieslings and Sauvignon Blancs that are compared to the German wines using methods known to be cutting edge and environmentally sensitive. From the world's seventh-largest wine producing country comes Australia's Brown Brothers. One of the few remaining family-owned wineries, the Brown Brothers have the largest range of varietal wines in Australia. Brown Brothers will be pouring three different wines under the Patricia label, matriarch of the winery and a passionate winemaker. The restaurant will be pouring a Shiraz, Cabernet and a blended wine of Cabernet, Mondeuse, Shiraz and Petit Verdot. New World cuisine, a blend of French cooking techniques with Asian ingredients, will be featured.

While Casa Havana wine dinners and events are a unique experience, the resort's traditional holiday celebrations are renowned, sometimes drawing as many as 1,200 guests! For those wanting to experience a tropical holiday, they won't be disappointed in the following celebrations featuring a combination of plated and buffet presentations:

Casa Havana Restaurant is the home of many a gustatory feasts, not only for local residents and visitors, but to the island's wine and culinary industry who have sipped and supped under the hospitality of Marcus Repp, director of food and beverage, who also is a Master Chef, including the induction dinner of the Chaine de Rottiseur. 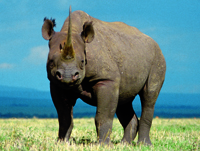