The last time I stayed at the Opus, I arrived during a nighttime drizzle and melodic thumping as hipsters moved in and out of the doorway leading to not just a hotel, but a cool scene in the Yaletown area in Vancouver, British Columbia. As unhip as I am, I never felt out of place.

Two years later, I arrived during a daytime drizzle and, this time, something even cooler, about thirty degrees cooler. This time I arrived in MontrÃ©al — in the winter. I remained as unhip as ever. 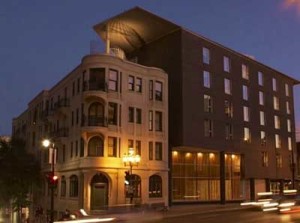 This is the second Opus Hotel, which opened about a year and half ago, and has all the stylish charms that the original in Vancouver has, perhaps more. Visitors familiar with the Vancouver Opus will recognize the distinctively styled rooms, each with a unique "character," which come with a 27 inch television/computer and a mix of high-thread count sheets and technology, rooms that are good for both business and relaxing. During my stay, I did plenty of both.

However, I did get out of my room, but not always to leave the hotel. There is an infectious flair at the Opus and on a Friday night the place is jumping. I highly recommend a visit to the Opus' bar/restaurant, Koko. At Koko, guests can expect fine dining and a trendy atmosphere with light house music in the background. While my entire meal was delicious, the Malted Kulfi with caramelized bananas — using seven kinds of chocolate — is a must. Fortunately, there is an on-site gym at the Opus to work the Kulfi off. 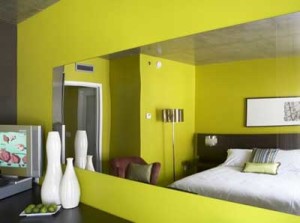 The Opus in MontrÃ©al is centrally located in the Entertainment district on the corner of Sherbrooke Street and St.-Laurent Boulevard, which I found ideal for strolling through the immediate area with some fun pedestrian walkways, but only 15 minutes by foot from downtown, which was not too far even in winter.
Outside of the Opus, MontrÃ©al still has a trendy streak that I found everywhere. Here are a few of my favorites that I discovered along the way:

For a taste of MontrÃ©al on the go, bagels are akin to having a Vienna Dog in Chicago. Since 1957, St. Viateur Bagel makes bagels that are somehow a little different and better that the ones I grew up eating in Los Angeles. They are warm, chewy and deliciously baked 24-hours a day. 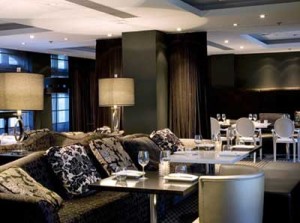 For a festive Greek flavor and a lively party scene try Trinity Restaurant. The chef here blends tradition Greek fare with contemporary tastes to fuse something familiar presented in a new way.

Finally, for that after dinner drink, check out Baldwin Barmacie. Show up before 10PM before the crowd for a seat. After 10PM visitors can expect a casual but packed atmosphere.

And even with the drizzle and a chilly winter that accompanied me in MontrÃ©al, it was nice to know I had the Opus waiting for me when I returned.

After stints in antiques, construction, film and as a professional card player, Devin Galaudet has now found his niche combining his passion for travel and writing. Devin's freelance writing is currently featured in a popular trade publication and honors this path as a labor of love. When he is not writing Devin enjoys his pixie-like eight-year-old daughter and reading confusing esoteric books.

Customs when entering The Bahamas

Food Events to Watch in Belize

The Restaurant Opening at Platinum in Las Vegas