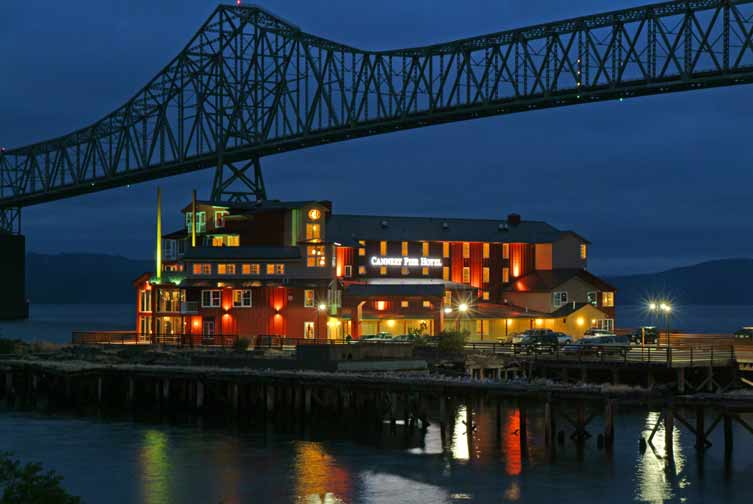 Astoria, Oregon is perched at the mouth of the Columbia River where it opens into the Pacific Ocean. It's been called "little San Francisco" and shares some features, on a much smaller scale, with the city by the bay. There's the seaport , and rolling green hills are dotted with Victorian houses. They're part of what make Astoria visually appealing and interesting to explore. The two cities also both have quite colorful histories. The rich natural resources of the west opened up a brisk maritime trade. Fur, timber, and fish brought multitudes of immigrants to the west. All this activity also brought brothels, saloons, and a pretty rough and tumble lifestyle.

History is important to understanding Astoria, and people who live there seem to embrace it, warts and all. Which brings up another commonality you'll find in both cities "“ they both have their share of eccentrics. Maybe it's the sea air that spawns or attracts the creative, and a "can do, but don't tell me what to do" spirit. "Jake" Jacob is a case in point. Jake is owner and architect of the Cannery Pier Hotel, a 46-room boutique hotel that sits 600 feet out in the Columbia River on pilings that once housed the Union Fish Cannery when canning was in its heyday. He's quite familiar with that history; his entire family once worked in the canning business in some capacity. 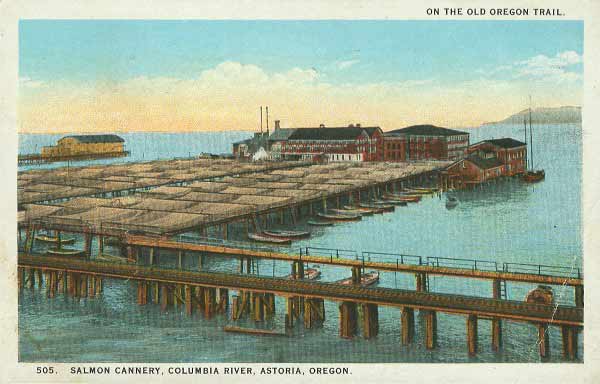 I was lucky to be at the hotel on a night Jacob was scheduled to give a talk on the triumphs and trials of creating the hotel, and to interview him beforehand. His talk was a lively mix of information and sly humor. He told us he'd paid "a consultant good money to tell me I was nuts to take on this project." His vision eventually manifested in the building's flowing lines, and materials that suggest the once flourishing cannery waterfront. The dÃ©cor is devoted to works by local artists, as well as pictures and memorabilia relating to the history of the seaport and fishing industries. The overall feel is understated elegance. They've done a good job of seamlessly bringing together disparate elements; modern and old fashioned, and luxury with enough of the rugged and natural to be a constant reminder of its roots. 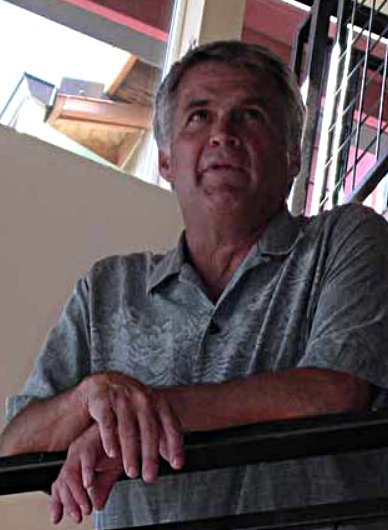 His talk took place during the complementary wine and hors d'oeuvres hour that occurs each evening, featuring local wines and Finnish bread with lox. Other talks and events occur all year long, including salmon and oyster bakes. It's a convivial way to meet the other guests and literally savor the local flavor. These extra touches keep with the philosophy of Andrew Carnegie (who Jacob says is an inspiration) to "give more and expect little."

As luck (or savvy planning) would have it, the hotel's pier is near the 4-mile bridge that sweeps over the river between Oregon and Washington. Since the only place the larger boats can get under the bridge is right in front of the hotel, visitors are guaranteed the opportunity to see ships large and small. Windows in the common areas of the hotel, as well as in each room, are designed to bring the river to you. In fact, the bathrooms are set up so you can soak and enjoy the river views if you so choose. As Jake puts it, "Where else can you sit naked in a claw foot bathtub and wave to a Korean deckhand floating by?" Only in Astoria.

The coming together of disparate elements is Astoria's story too right now. Over 20 years ago, the once abundant salmon dwindled and the canneries closed. The town was economically depressed and some say kind of seedy. In recent years, things have changed and tourism has boomed. The natural beauty of the forests, nearby beaches, and rich history of the area make it a natural object of interest, and suddenly "buzz-worthy". Presently, the town is an interesting mix of sleepy hamlet, funky, hip and sophisticated venues, typical touristy-quaint, and a historic landmark.

Talking to Astoria's native sons and daughters, and folks who've made it their home, I found most share Jacob's excitement and concerns about the region's future. A recurring theme is how to nurture a vibrant destination that can attract visitors and commerce while keeping authenticity and sense of being a "real place".

Can they pull it off? I got a feel of a community that's willing to work to get it right, and appreciates what could be lost if it becomes just another tourist town. Right now the future looks bright for a place that averages 66 inches of rain a year. 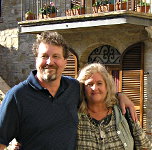 Christine Johnson has contributed stories and photographs to In The Know Traveler and various print outlets since 2004. Her early travel experiences involved a cross-country move in a "Magic Bus" with $300 in her pocket, soon moving on to international trips to Mexico, Europe, and the wider world. An accomplished artist, she makes her home in the Pacific Northwest.

Steve Smith inherited the wanderlust and has always needed to see what's around the next corner. In his college years he enjoyed many memorable (and cheap) forays into Mexico sleeping under the stars, but today that's all changed. Since 2006 he's contributed stories and photographs to In The Know Traveler, and in 2014 he assumed an editor role with the same. Published both in digital and print formats, his international assignments have taken him to the Middle East, Asia, North/Latin/South America, Europe, and the Caribbean. Follow his Facebook page Steve's Roadtrippin' Travels that spotlights both his photography and how his road travels intersect with digital storytelling using dynamic space-age mapping technology.