Â¡BAJA!
COOKING ON THE EDGE
By Deborah M. Schneider
"the reigning queen of San Diego chefs." "“ Bon AppÃ©tit
Photographs by Maren Caruso
Winner of the 2006 IACP Award for Best Photography for CHOCOLATE OBSESSION

(Summer 2006) Baja California has long been a place of adventure. Separated from the mainland of Mexico by the Gulf of California, Baja remains untamed and largely untouched. From early explorers searching for pearls, to sports fishermen intent on catching massive marlin and swordfish, to today’s tourists drawn to its rugged beauty, travelers to this remote peninsula in the extreme southwest corner of North America have always been struck by the wild allure of its uncharted frontier.

In her new book, Â¡BAJA! COOKING ON THE EDGE (Rodale, $27.95, hardcover), author and chef Deborah Schneider draws on years of exploring, cooking and camping as she traveled in caravan with surfer friends to every corner of Baja from her home base of San Diego. Schneider’s recipes are inspired by her extensive travels in Baja, and her vivid prose takes readers on a delicious and colorful exploration of the entire region"”from the dusty towns south of the U.S. border all the way down to breezy Cabo San Lucas at the southern tip of the peninsula. Whether she’s describing a bountiful fish market overflowing with myriad varieties of fish, the serenely beautiful wine valleys of northern Baja California, or the lush seasonal produce of the Hidalgo market, Schneider’s writing truly evokes the unique flavors, colors and beauty of the region. And her imaginative recipes will inspire readers to taste the essence of Baja.

Â¡BAJA! COOKING ON THE EDGE features more than 150 tantalizing recipes along with captivating stories and vivid full-color photos by Maren Caruso. Broken down into sections focusing on various cultural and geographic influences and different types of food, Â¡BAJA! COOKING ON THE EDGE takes readers on a culinary adventure. Chapter One explores the range and different cultural influences of Baja street food"”everything from the ubiquitous fish tacos (the deep-fried tempura technique reflects the influence of Asian fishermen); to Cockteles (similar to a chunky gazpacho featuring lots of fresh, lightly cooked seafood); to a wide range of inspired meat-based tacos"”chicken, pork, chorizo"”and delicious fresh salsas. Subsequent chapters focus on regional influences"”including the abundant fish available along 2,000 miles of unspoiled coastline, reflected in recipes such as "Roasted Fish with Wild Mushrooms, Garlic and Poblano Chiles" or "Baja Style Hot-Smoked Fish." There are also plenty of recipes to pair with Baja wines such as "Chipotle and Goat Cheese Tostadas with Piloncillo and Roasted Peanuts" and "Garlic Cilantro Steak with Avocado and Tomatillo Salsa." Desserts include tasty temptations such as "Pineapple and Habanero Sweet Tamales," "Obleas (Butter Cookies with Dulce de Leche)," or "Cream Cheese Flan with Orange Sage Honey" (recipe below).

Â¡BAJA! COOKING ON THE EDGE celebrates the distinct flavors and history of this remote and beautiful region. Myriad cultural influences, combined with Baja’s geographic isolation from the rest of Mexico, have led Baja California to develop a delectably distinct cuisine all its own: light, simple, vibrantly fresh, and full of the tastes of the sea and the land.

About the Author
An accomplished food writer who is regularly published in the food section of the San Diego Union Tribune and is a guest columnist for San Diego Garden Compass Magazine, Deborah Schneider is also a celebrated chef. She has served as Executive Chef in some of San Diego’s finest kitchens, including Dobson’s Restaurant (Zagat’s top choice for San Diego in 1995), DeRona Award winning Grant Grill, La Gran Tapa and the Hilton Torrey Pines in La Jolla. Deborah was the creative force behind Jsix/Jbar in the Hotel Solamar in San Diego, which opened in April 2005 and has received excellent reviews in publications including The New York Times, Wall Street Journal, Food & Wine, Sunset Magazine and many more. Deborah Schneider is currently running all the catering and food services for nine kitchens at the Del Mar Racetrack for Premier Catering. She received her Certified Executive Chef designation from the American Culinary Federation in 2001.

About Rodale Inc.
Rodale Inc. is the authoritative source for trusted content in health, fitness and wellness around the world, reaching nearly 40 million people each month. The company publishes some of the best-known health and wellness lifestyle magazines, including Men’s Health, Prevention, Women’s Health, Runner’s World, Best Life, Bicycling, Backpacker, Mountain Bike and Organic Gardening, and is also the largest independent book publisher in America with a collection of international titles, including The South Beach Diet and The Abs Diet franchises, and most recently Al Gore’s New York Times bestseller An Inconvenient Truth. Roadie’s broad range of media platforms includes magazines, books, videos and extensive Web sites. The company is also a leader in direct-response marketing and has more than 25 million active customers in its database. Visit Rodale.com

Sample Recipe from Â¡BAJA! COOKING ON THE EDGE:

Traditional flan is a heavy combination of sweetened condensed milk, eggs, and runny caramel. I much prefer this version, which despite the name is more like a light delicious cheesecake. The finished, chilled flans will pop right out of nonstick muffin pans or a soft silicone mold, or you can bake and serve in 6-ounce porcelain ramekins. Sara Polczynski developed the basic recipe, which I have adapted.
Makes 10 individual flans.

Note: The flan may be baked in one large dish, instead of individually. Increase the baking time to 1 1â„2 hours. Agave syrup (available at health food stores) may be substituted for the honey. The syrup is agave sap boiled down to a honey-like consistency, with a unique, gently herby flavor.

Dave Matthews and Tim Reynolds at the MGM 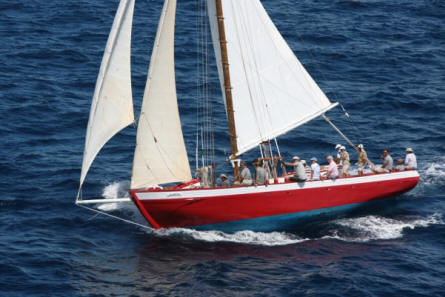