Barcelona, SPAIN, July 31, 2006 "“ They'll be dancing in the streets with the sound of music filling the air in just about every plaza and park of Barcelona from now through the fall. Usually any season is a good time to visit Spain's second largest city, and this summer and throughout the fall, there is really something for everyone as the capital of Catalonia puts on a non-stop party of rock, funk, jazz and classical music, art exhibitions, ballet, opera and film screenings.

Barcelona is marking the 125th anniversary of the birth of Pablo Picasso and celebrating the 100th anniversary of his return to the city with a host of exhibitions, concerts and ballets through February 2007 under the title "Picasso 2006 BCN." Three film festivals and a jazz festival liven up the fall while the Bordeaux Opera Ballet will perform "Parade, Icarus and The Three-cornered Hat" with Picasso-designed sets on October 22 and 23. And in between, the city's streets, parks and plazas will be more alive than ever with music and dance.

The 30th Annual Festival Grec is presenting concerts, plays and dance performances through August 5. Since June 25, the festival has been showcasing more than 150 artists in over 15 venues, from The Wooster Group's Hamlet and Brasil Brasiliero to Baryshnikov and Hell's Kitchen Dance. At the Teatre Grec, Joan Maragall's "Nausica," one of Catalonia's most renowned tragedies will be staged (8/2-5). At the FundaciÃ³ Joan MirÃ³, Carles Santos will play piano every day until the festival's end.
www.barcelonafestival.com/06

At the Palau Saint Jordi, Ana Torroja, a former lead singer of the popular Spanish rock band, Mecano (9/7), the Spanish pop/rock band, La Oreja de Van Gogh (9/16) and the ever controversial George Michael (9/23) will be performing.

Concerts will take place in the gardens and parks throughout Barcelona:

Â¨ "Jazz in Ciutadella Park" "“ at the park's bandstand every Wednesday and Friday through September 1.

Â¨ Open Air Cinema and Jazz "“ on the grounds of the MontjuÃ¯c Castle, jazz (Wednesdays), world music (Fridays) and films (Wednesday and Fridays) like Annie Hall and Everything is Illuminated. www.salamontjuÃ¯c.com

Art
Spain has declared 2006 the Year of Picasso and as part of the Picasso 2006 BCN festivities, Barcelona will host two exhibitions, three ballets and several concerts. Running through October 15, the Museu Picasso is presenting "The Picassos from Antibes" with about 100 works "“ some never before seen in Spain "“ highlighting the mythical characters and pagan scenes that blossomed in Picasso's obra when he lived in the south of France during the summer of 1946. Many of the pieces are from the MusÃ©e Picasso, Antibes which is closed for refurbishment. "A Fresh Look at the Museum Collection" with 383 works "“ including loans from private collections and the first view of the latest acquisition "Fairground Still" (1900) "“ is also on through September 30 at the museum. Picasso's links with the world of the circus were a recurrent theme throughout his life. Opening November 15 and running through February 18, 2007 "Picasso and the Circus" will analyze his approach to this subject from his early works to the Cubist period www.museupicasso.bcn.es. At the Museu Barbier-Mueller d'Art Precolombi, "Picasso, Man of a Thousands Mask" runs through September 3. A walking tour of Picasso's Barcelona and lectures, seminars and workshops at the Universitat de Barcelona, the Museu de CerÃ¡mica and several libraries are scheduled. Spaniards stay up to the wee hours and Barcelona's cultural institutions are accommodating them. Summer Nights at the Caixa Forum (Wednesdays in July and August till midnight) offer a program of concerts, shows and activities from Indian dance to flamenco (8/2), African (8/2), Sephardic (8/9) and Irish music (8/16), jazz concerts and electronic music, DJ sessions, multimedia performances and poetry readings. The Egyptian Museum is offering Visitas Nocturnas, three themed evening tours with costumed guides and an ancient Egyptian tasting menu (Fridays or Saturdays). Check www.fundclos.com. In August and September, the City History Museum of Barcelona offers visitors two tours: "Roman Barcelona" exploring underground archaeological remains and "Medieval Barcelona" a guided tour of the permanent collection and both are followed by special tastings. Check www.museuhistoriabcn.es for days and times. Summer at the MACBA (Museu d'Art Contemporani de Barcelona), means every Thursday culture lovers can visit the museum until midnight through September 21 viewing the "Peter Fiedl" and "George Brecht" exhibitions or having a copa on its terrace. The Museu d'Historia de Catalunya is presenting "Unseen Images of the Civil War" and "Posters and Poster Art, From the Second Republic to the Civil War (1931-1939)" through September 11. MNAC, the National Museum of Catalan Art presents "DomÃ¨nech i Montaner and the Discovery of the Romanesque" through October 29.

Ballet and Classical Music
The English National Ballet will give eight performances of the haunting Giselle at the Gran Teatre de Liceu (9/3-9). On October 22 and 23, the Bordeaux Opera Ballet will perform three ballets with sets and costumes designed by Picasso: "Parade, Icarus and The Three-cornered Hat." And from November through December, Mozart's "La Clemenza de Tito," Puccini's "Manon Lescaut" and Donzietti's "Lucia de Lammermoor" will draw music lovers www.liceubarcelona.com. A program of Dmitri Shostakovich's will be performed at L'Auditori Caixa Catalunya (9/18.) As part of the world wide celebrations for the legendary Austrian composer, L'Auditori will present Mozart Festivals I, II and III with conductor-pianist Christian Zacharias (9/22-24, 9/27, 10/27). From February 16 to 18, 2007, a Picasso-Fallas Season will be inaugurated at L'Auditori with the City Orchestra of Barcelona performing "The Three-cornered Hat" and the National Orchestra of Spain presenting "La Vida Breve," February 23-25, 2007 www.auditori.org.

Local festivals
And at the five popular festas in August and September, residents and visitors alike will actually be dancing in the streets. The largest one, Festa Major de GrÃ cia features more than 600 free outdoor events in the GrÃ cia district including orchestras and concerts, and of course, dancing in the streets (8/15-21). Festa Major de Sants (8/20-26) is a popular festival offering entertainment in the Sants district's plazas, parks and streets. Processions, bands and other festivities fill the streets during the Festa Major d'Horta (9/9-17) and the city bids farewell to summer with concerts and all kinds of amusements ending with dramatic fireworks during La MercÃ¨ 2006 (9/22-25). Then during the first two weeks of September, the Poblenou celebrates with concerts and theatre and dance performances.

When Staying in the Rain Forest 101 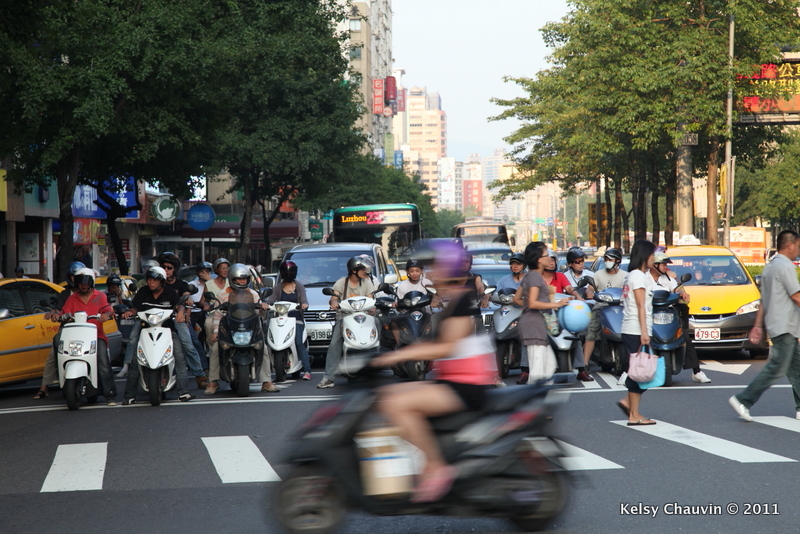 From Tijuana to Cancun with AeroMexico 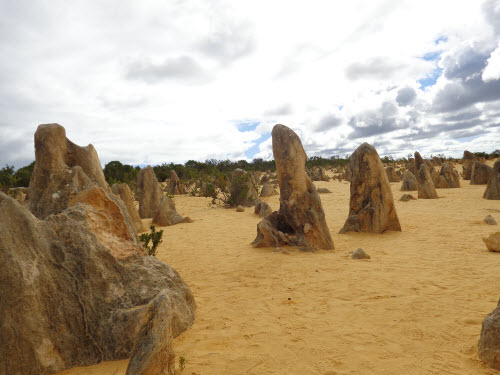 The Pinnacles of Western Australia