Take a second of your time when shooting a treasure discovered during your travels. Yes, a full second, that's what it takes sometimes when you are trying to capture a sharp photo in difficult lighting. Museums, caves, art and sculpture exhibits, anything that lacks a bit of natural lighting can present challenges to the digital camera. The most important one: ALWAYS GET PERMISSION before you even attempt to shoot someone's national treasure. You don't want to know how many times photographers have been hauled-off by security for taking photos of something that's forbidden. I will tell you, though, that the USA has the finest jails I've ever seen! 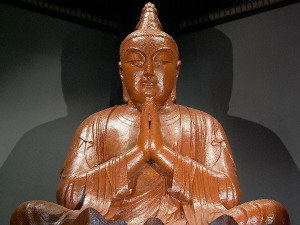 This photo, taken during one of my Sunday excursions is one worth a longer that normal essay, just because of the amazing history behind it. First of all, cameras were allowed and secondly, because there were no crowds milling around which gave me plenty of room to set up a tripod and time to take long-exposure shots. This shot is what you call a high-contrast shot. The range between shadows and highlights (black and white) in this situation would be a challenge for a film camera and are even more so for a digital camera.

You could take a photo like this using the AUTO Mode on any camera but, never catch the details and texture with the same sharpness seen in the photo here. Bright overhead spotlights were glaring off the lacquered statue and dark recesses in the corners of the building confuse your camera's light meter. This is why a tripod is so important: You have to trick your camera into taking a picture with the correct exposure. Put it in the Manual Mode. Look at the light meter and adjust it (Aperture and shutter) until it shows (what it thinks) is perfect exposure.

When the camera meter reads perfect exposure; not over or under-exposed, DON'T BELIEVE IT; IT'S WRONG! You'll have to do what's called "Stopping Down." You want the meter to read on the underexposed side (-) exposure. How much? It all depends on how high of a contrast shot you're taking. There are formulas I can teach you and mathematics, science and all kinds of technology, but there's no time for all that. Life is short and digital film is cheap; take lots of shots. That's what I do. This is where the tripod becomes invaluable.

You set-up, compose your photo (frame it in the viewfinder) the way you like it and tighten everything on the tripod so it won't move, not the slightest bit. In this case, I wanted to use an aperture of f/11. So, I read my meter and adjusted the shutter speed for what the camera meter said was perfect exposure. Then, I began stopping-down. I shot a picture at -1 on the exposure scale, reviewed it on my LCD screen and didn't like what I saw. So, I underexposed a click (-1/3) at a time. Soon, I discovered that the best exposure was a complete -2 on the exposure scale. Having the tripod locked-down tight allowed me to experiment and not have to recompose the picture several times over.

More importantly, I wound-up using a shutter speed of a full second. Try hand holding a camera steady that long while the photo is being recorded; impossible, unless maybe a robot is doing it.

As promised, here's a bit of history behind the statue:
The island of Okinawa was decimated during the last ground battle of World War II. Over 200,000 people were killed, soldiers, nurses, civilians, children, parents and grandparents. An Okinawan artist, Shinzan Yamada built this lacquer ware statue, which, is over 36 feet tall and 24 feet wide. He had lost two sons in the battle. He began the sculpture when he was 72 years old and worked on it by himself. Twice, he fell off the scaffolding, injuring himself, but never gave-up on the project. When the project was completed, Shinzan was 90 years old! This masterpiece may be seen in The Okinawa Peace Hall. It represents hope for world peace. 29NOV2009 Museum lighting, f/11 1sec. ISO 100 Tripod/Cable release and Pentax K10D with 18-250@42mm. Until next time, Happy Shooting! 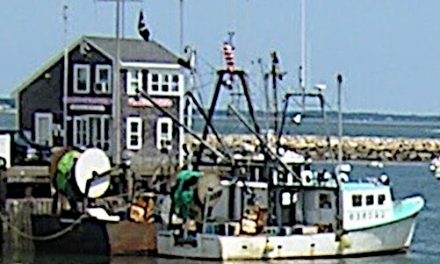