On a drive from Tegucigalpa, the capital of Honduras, through the damp, misty rainforest of La Tigra, I found my way to the outskirts of the small colonial city of Cantarranas. Driving up and down steep, irregular hills, swerving around sharp turns and tricky curves, I sped past the small towns of Santa Lucia, San Juancito and Valle de Angeles. Each mountainous city in rural Honduras is unique in its own right, but none of them compare with the unexpected and magical charm of the city of Cantarranas.

Despite having a reputation as one of the most dangerous countries in the world, Honduras has come to mean so much more to me. While living and working in Tegucigalpa, I have witnessed the sounds of distant gunshots and heard about kidnappings that occurred in my own neighborhood. However, the Honduras I know is made up of hardworking men and women who love their families and believe in their close-knit communities.

The small city of Cantarranas is a vivid representation of Hondurans' strong belief in their community. In 2011, through a proposal by artist, Javier Espinal, the city's municipality agreed to invest a large amount of money into adorning and enhancing the city's buildings. The facades of the restaurants, cafes, and markets were turned into massive canvases for paintings that depicted the history, culture and natural resources of Cantarranas, turning the city into a virtual outdoor art gallery. Every cobbled street I encountered, and every corner I turned, brought me face-to-face with another chipped and rundown cement wall veiled in impressive murals and graffiti. Presently, 54 murals decorate and adorn Cantarranas, having been painted by artists from Honduras, Argentina, Columbia and Mexico. The artists' signatures and date were also scrawled in a haphazard manner, topping off the colorful masterpieces.

The enchanting city is also known for its sugar factory, cultural fairs, a 200-year-old home that belonged to a former Honduran president, and the ever-present church, often the central focus of even the smallest towns of Latin America. The artistic city is also known for its traditional foods and sweets, particularly homemade donuts which are dipped in natural honey extricated from local beehives.

A cultural mecca in the mountains of Honduras, the city of Cantarranas is a spectacular representation of street art, comparable to Peru's Barranco District. The murals of Cantarranas creatively depict the warmth and humbleness of a people who cherish their traditional culture and display it through captivating artwork that captures the hearts and minds of all who venture there to view it. 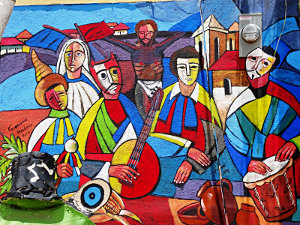 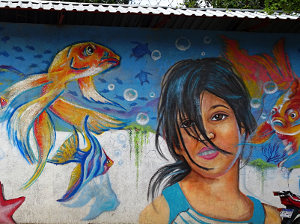 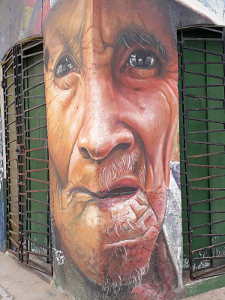 Jill is an international educator, author of three travel memoirs, a travel writer and an amateur photographer who has been published on several online sites. She presently lives in Honduras, her seventh country, along with her husband and traveling Yorkie-Poo, Mickey. While living in Honduras, Jill writes about her experiences living and working in schools and countries around the world, while taking photos of the beautiful people and places of Latin America. Jill loves her life as an international educator and on most days feels like she is living the dream. Follow her at:

Want to Run Away This Holiday? 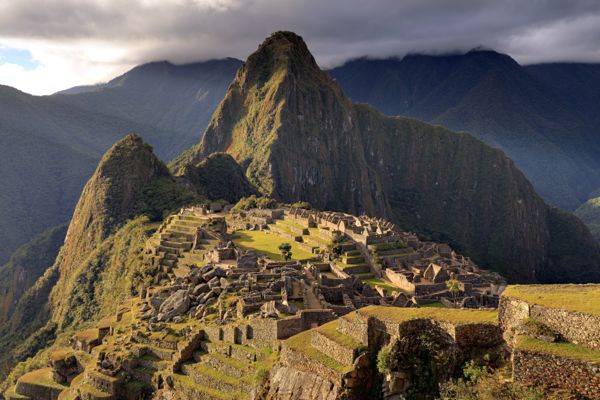