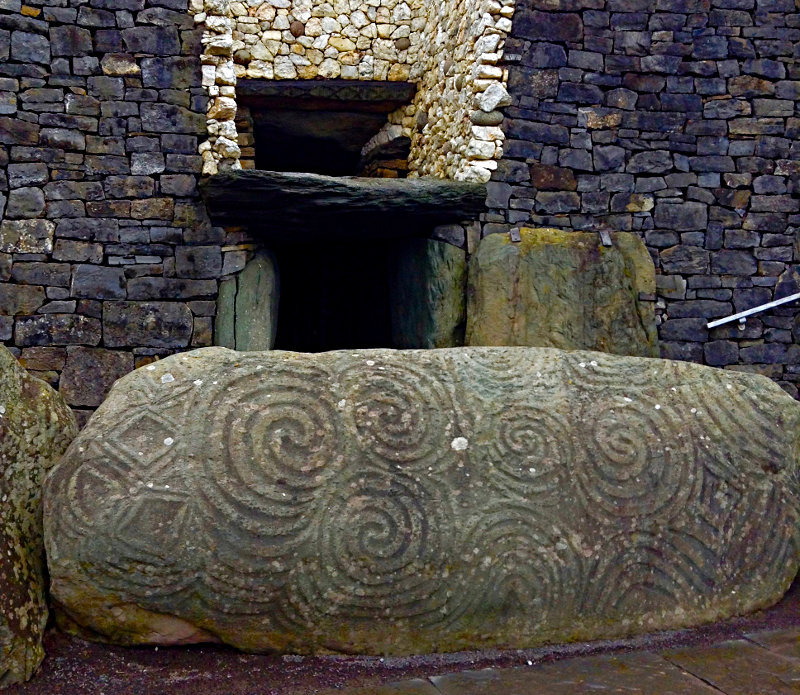 Waking up in Ireland

I woke up early my first morning in Ireland. The effects of jet lag made it a restless night and, when there was just enough light to see soft shapes in the room, I looked over to the bedside table. There was no bedside clock and, as I had no watch or phone or device of any kind, I could only guess at the time. I decided to end the struggle of going back to sleep and get up. When I looked out the second floor window of the farmhouse B&B, there was only a hint of morning through the thick fog. Even though I could see very little, something compelled me outside and I crept slowly out of bed to quietly get dressed. Trying not to wake up my wife, or anyone else in the house, I snuck out the door, along the hallway, and down the stairs.

Dressed in a thick Aran jumper to cut the cold, I closed the main door to the house and walked along the path of small white stones that cut through the dewy grass. I could just make out the narrow country lane below. There was only quiet, save for the crunch of gravel; the fog muffled any other sound of the farm and I found a weathered bench that faced out towards the hills. I sat down, warming my hands with my breath, and watched the fog slowly lift. I still had no idea how early it was, as I hugged myself to keep warm, but I wasn't bothered. I couldn't see it yet, but I knew I was close to the Neolithic site of Newgrange.

The fog slowly lifted, exposing more of the greenery that defines Ireland, and I watched the trees reveal themselves like lost soldiers, tucked against the old stone walls. Lost in the magic of the morning, I was suddenly jolted into the present when an orange tabby cat jumped onto my lap. She nestled herself in to keep warm, and together we watched as the first beams of sun slowly washed the world in light. I could soon make out the white outer wall of Newgrange and I imagined what the early inhabitants must have felt on mornings such as this one, as they gathered together to perform the ancient rites.

As the sun burned off the last of the fog, marking the end of that mystical time of the day when the borders between our world and the Otherworld were softened, the cat jumped off my lap and went in search of birds and mice. Before me lay a patchwork blanket of green fields and I could hear the morning bustle of farmhands heading out towards the back of the property. I went inside to see if Paula was awake.

She was still in bed but her eyes were open. She blinked a few times before asking, "Have you been up long?"

Chris Brauer lives in British Columbia, Canada where he splits his time between writing and teaching. He has recently completed a travel memoir about living in the Sultanate of Oman, and is currently working on a book about his travels in Ireland. He is also working on his first collection of poetry.