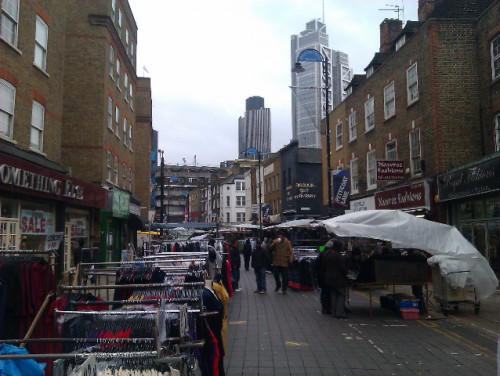 What to do on a Friday lunchtime? Well, while sitting in my office on the eastern edge of London's financial district, I decided to meander around the Petticoat Lane Market. Although the market is open on Wentworth Street from Monday to Friday, it extends over many surrounding streets on a Sunday when over a thousand stalls are operating.

Market trading in this part of London has been taking place since at least the early 17th century, which may make this one of the oldest surviving markets in Britain. It was not until 1936 though that Petticoat Lane was formally recognized by an Act of Parliament.

Down to the Market by Devonshire Square

Since my company moved to the nearby Devonshire Square complex in 2008, I’ve often headed in the direction of the market during my lunch break. I’ve always been fascinated by the contrast between the somewhat drab streets in this area and the modern tower blocks of the City almost literally around the corner.

I remember shortly after I began working in London, a colleague described to me how in some parts of the capital you could get from one of the poorest areas to the wealthiest just by crossing the road, and this part of town illustrates that pretty well. As you walk between the stalls on Wentworth Street, the Gherkin and Tower 42 (originally called the NatWest tower when it opened in 1981), two of the City’s tallest landmarks, hover over this historic East End landscape. 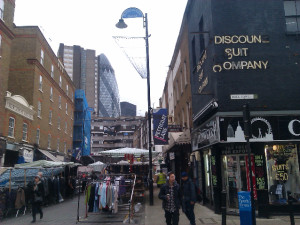 Goulston Street, on the right as you head east along Wentworth Street from the direction of Middlesex Street, is lined with stalls selling takeaway Chinese, Japanese, Thai, Indian, and Caribbean food. My personal favourite is the Chinese, where you will usually find me once a week ordering chicken with black bean sauce and rice. The two guys there work phenomenally hard and fast to serve an often lengthy queue of hungry customers.

Not being in any hurry to go back to the office and eat at my desk, I decided to drop into the Bankete CafÃ© and Restaurant for lunch. This is a Brazilian eatery at 3 Bell Lane, which I must have walked past many times before but had never visited until today. It was pretty quiet this lunchtime, but it looks like it could get lively on a Friday evening and at weekends, when live Brazilian pop music and samba are on offer.

While enjoying my burger with fries and salad, washed down with a delicious passion fruit suco*, I was captivated by the beautiful singing of Paula Fernandes, a stage performance of hers being relayed on the flat-screen TV in the corner of the cafÃ©. A little research has subsequently told me that the popular 27 year-old sertanejo and country artist began singing at the age of eight and recorded her first album before her tenth birthday.

Although the weather was overcast and light rain was just beginning to set in, it was good to get out and do something a little creative on an otherwise mundane Friday lunchtime.

*A Brazilian term for a juice made from water, crushed ice and exotic fruit. It can also be made with milk, but that would make it a vitamino. 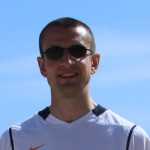 After studying modern languages (German and French) at the University of Hull, England, I moved to London where I have pursued a career in Financial IT Services. Outside of my day job, I particularly enjoy running, writing, outdoor photography and football (soccer). I began a part-time course in Freelance Journalism in 2011, discovering a particular interest in sports and travel writing, like articles about Petticoat Lane London. 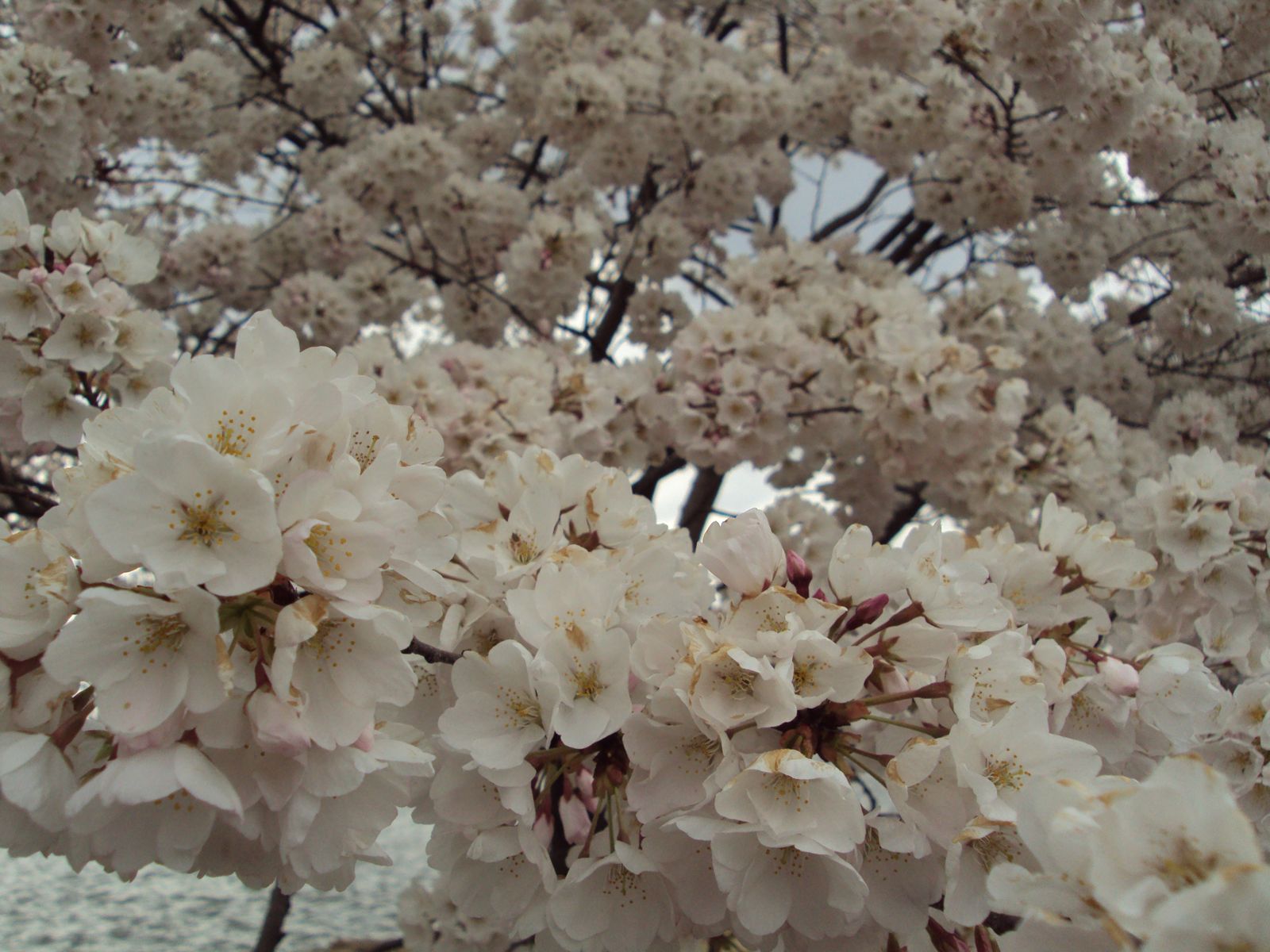