Amsterdam, Netherlands "” On Saturday June 20th, 2009, beginning at 10 a.m., a major new European cultural destination, the greatly expanded Hermitage Amsterdam, will welcome visitors to its elegantly restored 17th-century building in the historic heart of Amsterdam. Founded to bring the richness and grandeur of Russia's artistic heritage to one of the West's most charming capitals, this independent cultural institution inaugurates its spacious new home "” ten times the size of the previous building "” with the exhibition At the Russian Court, a dazzling display of more than 1,800 treasures from the State HermitageMuseum in St. Petersburg, Russia.

Queen Beatrix of the Netherlands and the President of the Russian Federation, Mr. Dmitry Medvedev, are attending opening celebrations of the Hermitage Amsterdam museum on the evening of Friday, June 19, one day prior to the public opening of the museum on June 20, 2009. Other members of the Dutch Royal family expected to attend include Dutch Crown Prince Willem-Alexander and Princess Maxima. Shortly after the ceremonies there will be a special public opening concert and ballet on an enormous stage on the Amstel River to which all visitors are welcomed to celebrate the festive opening of the Hermitage Amsterdam.

Hermitage Amsterdam is the only dedicated, independently managed venue in the West of St. Petersburg's magnificent State Hermitage Museum. The exhibition At the Russian Court: Palace and protocol in the 19th century "” a scholarly researched exploration of the opulent material culture, elaborate social hierarchy and richly layered traditions of the Tsarist court at its height in the 19th century "” will remain open from June 20, 2009 until January 31, 2010. Hermitage Amsterdam will then stage two large-scale, temporary exhibitions each year, drawing on the encyclopaedic collections and unparalleled scholarship of Russia's museums to offer cultural riches that would otherwise be unavailable in Amsterdam. The museum expects annual attendance to reach 300,000 to 350,000 visitors per year.

Hermitage Amsterdam is housed in the classically proportioned Amstelhof, built in 1681-83 as a charitable home for the elderly, which must been seen by Tsar Peter the Great during his stay in Amsterdam. Renovated at a cost of some 40 million Euros (approximately $50 million), the building has been redesigned as a series of open and light filled galleries by architect Hans van Heeswijk. The interior and opening exhibition are designed by Merkx+Girod architects. More than an exhibition space, the 107,000 square foot building will be alive throughout the day and night with dining in the cafÃ© restaurant Neva and on the outdoor terrace in summer; concerts and lectures in the restored Church hall; events in the 400-seat auditorium; shopping in a pair of retail stores; meetings in gracious conference rooms; and relaxed contemplation in the courtyard garden designed by landscape architect Michael van Gessel. The adjacent Neerlandia building, where ten exhibitions have been visited by more than half a million people since 2004, will become the Hermitage for Children, a special wing for education, with an exciting program of classes and workshops where at least 20,000 children per year will be welcomed.

Hermitage Amsterdam will celebrate its grand opening on June 20, 2009 with a White Nights festival, remaining open for 31 hours with events and concerts along the Amstel River. 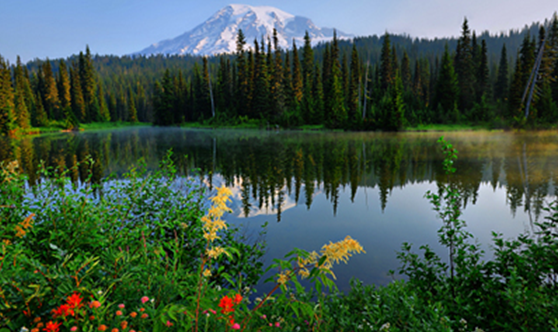