New York, November 19, 2010 "“ In just two short years, Hong Kong has not only developed a thriving wine culture, it has already been dubbed the "wine capital of Asia" by international wine connoisseurs. Judging from the success of its second annual "Wine & Dine" Festival, where visitors experienced first hand that fine wines and Chinese cuisine make tasty companions, the critics are right.

Embracing the grape with the same passion it brings to all its endeavors, Hong Kong is "the only major economy to grant wine tax-free status," as noted by The Guardian's Tania Branigan who filed her November 16 story ("Hong Kong's cup overflows as Chinese get a taste for high-class wines") from Hong Kong: http://www.guardian.co.uk/world/2010/nov/16/hong-kong-china-wine.

In 2008, when the authorities eliminated the import tax on wine (taking it from 40% to zero), aiming to make Hong Kong the Asian hub for wine sales "“ now rivaling (some say already outstripping) New York and London "“ they ushered in a cultural phenomenon. As retail wine prices adjusted to a more moderate level (even as prices of wine at auction rose), diners ordered wine more often in restaurants and bought more wine at retail. Hong Kong even has its own winery, Eighth Estate Winery, which imports viniferous grape juices and makes fine reds and whites with masterful oenological skill.

In an astonishingly short period of time for the ultra-competitive wine industry, Hong Kong has also taken its place on the global wine auction stage, selling 100% of wine lots in nine auctions over the past 18 months, some at record-setting prices "“ most recently, the October 28, 2010, sale of three bottles of Chateau Lafite's 1869 vintage for US$230,000 each. Sales from wine auctions more than doubled from US$27 million in 2008 to US$64 million in 2009, and in 2009 Hong Kong overtook London to become the world's second largest wine auction center behind New York. It surpassed both New York and London in volume of wine sales in the first quarter of 2010.

Wine industry bibles such as Wine Spectator have noted that although U.S. auction prices have climbed, Hong Kong attracts bigger spenders. For both Sotheby's and Christie's auction houses, Hong Kong has become "their single largest market," Branigan reports. And as John Kapon, president of Acker Merrill's auction division puts it, the appetite for fine wine in Hong Kong is insatiable (as the perfect accompaniment to both investment portfolios and good food).

In another grace note to its burgeoning wine business, Hong Kong is uncorking benefits for other businesses such as catering, tourism and warehousing. Thus, the long-acclaimed culinary capital of Asia now can claim the crown as Asia's wine capital as well. And with the launch of its "Wine & Dine" Festival last year, Asia's World City also has the bona fides to boast the Far East's top food festival.

In 2009 the first "Wine & Dine" Festival was organized to celebrate the new phenomenon. Over three days, more than 70,000 people flocked the West Kowloon waterfront, sipping wine and savoring culinary fare from Chinese to continental at 150 booths.

Ever more ambitious in 2010, the organizers extended the festival to four days and incorporated a Grand Tasting Pavilion for rare wines from the world's most acclaimed winemakers. The third "Wine & Dine" Festival will be held on the West Kowloon Promenade October 27-30, 2011.

From Hungary to Gresham, Oregon 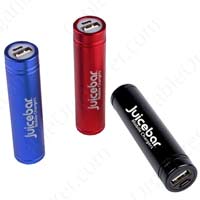