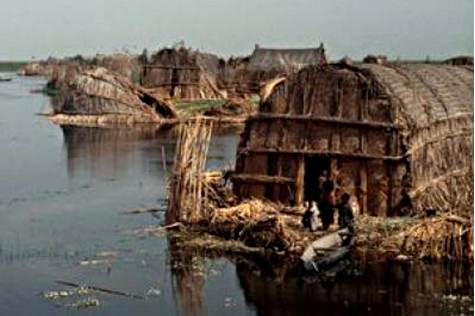 A wetland in southern Iraq, considered to be the biblical Garden of Eden and that was almost completely drained during the presidency of Saddam Hussein, was included in UNESCO world heritage, Iraqi authorities declared according to Reuters.

The area "is made up of seven sites: three archaeological sites and four wetland marsh areas in southern Iraq," Unesco representatives said. "The archaeological cities of Uruk and Ur and the Tell Eridu archaeological site form part of the remains of the Sumerian cities and settlements that developed in southern Mesopotamia between the 4th and the 3rd millennium BCE," they said. More, "The Ahwar of southern Iraq "“ also known as the Iraqi marshlands "“ are unique, as one of he world's largest inland delta systems, in an extremely hot and arid environment."

Powered by Euphrates and Tigris rivers, the marshes of Mesopotamia are propitious environments for fishes to spawn around the Gulf and are also a suitable environment for Ibis, a sacred species. They also represent a resting place for thousands of wild wolves migrating between Siberia and Africa.

Saddam Hussein, who was accused by the locals, the Marsh-Arabs, of treason during the war with Iran, which took place from 1980 to 1988, put dams and drained the marshes in 1990 to drive out the rebels hiding in reeds.

After the invasion of Iraq in 2003 and Saddam was overthrown, the locals have destroyed many dams to allow water to flow back and helped to revive the marshes. Prime Minister Haider al-Abadi congratulated the Iraqi people on UNESCO's decision, and thanked "all those who contributed to this success."

Give the Gift of Travel