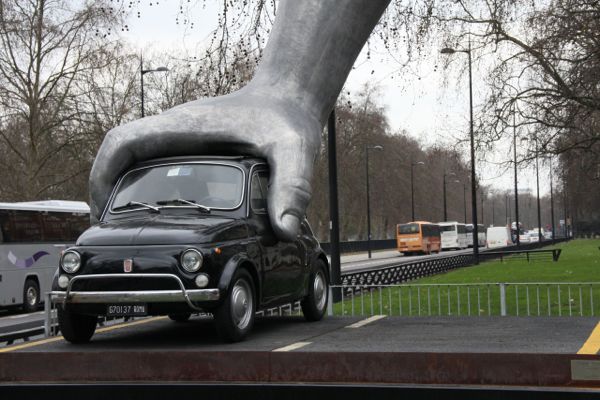 I was living, if you could call it that, in various London hostels before I found a room for rent. I was eager for my own space, for drawers and a door. It had been weeks since I could unpack my bag.

The room was in a house in the East End, a 45-minute commute to the city center. The neighborhood never made me feel unsafe, exactly, though I grew to recognize it as a bit rundown and “lower class.”

The landlord company had only recently acquired the house. Even as they were soliciting tenants, they were constructing walls, carving up the living room into more tiny cells. Mine barely had enough space for the bed but I felt thankful because, unlike other roommates, my portion of the former living room included a window. I was provided with a view of the back garden, a mass of dead weeds littered with rusting bits of old machinery.

I was sharing the house with fellow transplants: a surly Irish construction worker, a pair of habitually stoned Indian brothers, and an overly polite Swede who would bring home leftover sandwiches after his shift at Pret A Manger.

The London Tenement and the Big Picture

Time passed. It took a week for a broken faucet to be repaired. The bathroom mirror never arrived. I was due to start my new job any day, working online, but the landlords still hadn’t provided the internet service promised. One of the brothers told me this was common.

“Companies do this all the time,” he said. “They take advantage of foreigners.”

Only then did it occur that’s what I was. A foreigner. Stranger in a strange land. It’s nigh-impossible for a straight, white, middle class American male to feel prejudiced against, but that was the sensation I got. And it made me smile.

I’d been living abroad for months by then, but this was the moment that actually taught me why I’d left America, what I’d been looking for. I’d finally experienced something new, something I could never encounter back home. For the first time, I really felt like I was in a different country, in a different continent, a different hemisphere.
I didn’t stay in the house much longer. I left London altogether, but I left with a sense of purpose. I knew what I was looking for. The unexpected.