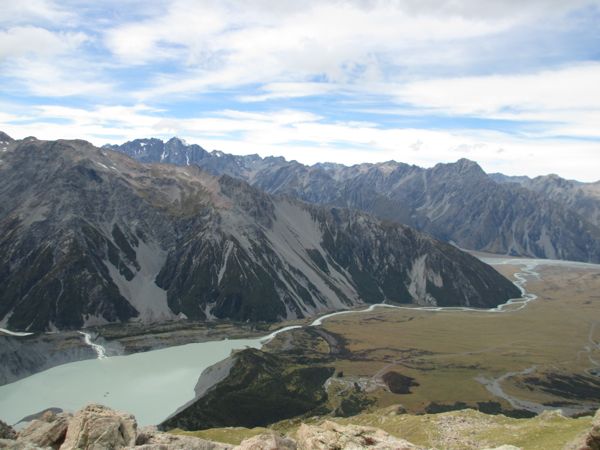 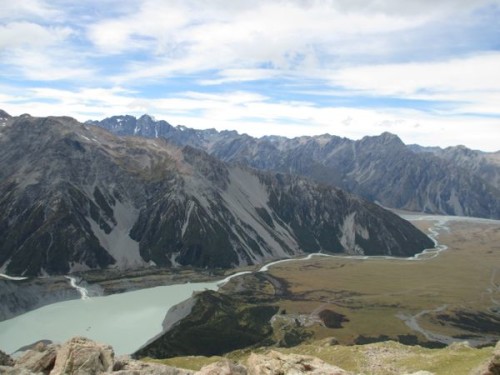 Stretching Out in Cook National Park 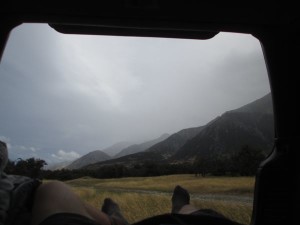 Reclining on cushions I had wrested from my couch the previous morning, I stared out the open hatch of my Subaru past my outstretched legs. Somber clouds descended down; the undulating peaks faded to grey in the distance. Soft rain came in bursts, gently washing the earth and my car. A sweet earthy smell rose from the waving yellow grass, like nature had just shampooed and rinsed.

I was near Mount Cook National Park, a fantastic spew of mountains, receding glaciers, and valleys, clustered around the towering Mount Cook. It's near the middle of New Zealand's south island and about a four-hour drive from Christchurch. 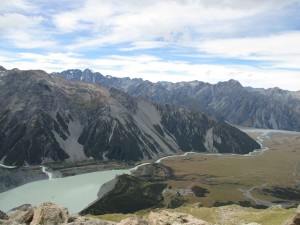 Was camping in this exact spot "legal?" Well, maybe. There's a ban on camping on private land and places with "no camping" signs, and this was in a grey area. The road had sprouted off perpendicular to the main highway and looked to be one of those types that farmers used to haul across their land at frantic speeds to sing lullabies to their sheep. But I had an explanation ready to go if any farmer with a cattle prod should poke around my car, and I was sixty-eight percent sure I was in the right.

"This place didn't have any "no camping" signs or nasty fences barring me from your land," I would contend. "So I win… [then in a whisper] Please don't sic the rabid sheep on me."

But it seemed suspiciously perfect"”hidden in the scattered, head-high scrubland with a path leading towards it"”and there was no one else there. This above all else was the most likely sign that I was flouting some sort of law because the countless camper vans putzing around the island would have surely found it, parked, and immediately started stringing out their laundry, plucking ill-tuned guitars, and caressing their matted dreadlocks. 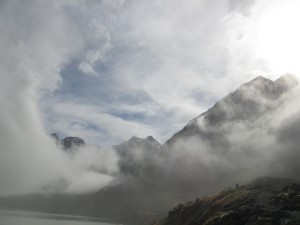 From the diminishing sounds on the roadway, however, I guessed I would be alone for the night. As dusk descended, it was as if the outdoor thrums and hums, which are relegated to the background in a normal day, gently padded out to the front stage after everyone had left the main concert.

It's odd"”what we think about at times like these, when flies buzz and mountains abide. Our thoughts touch on subjects like a bee to a lilac then yawn off to another pondering, spreading and mixing thoughts. Maybe this is what the great ancient philosophers did"”sat, stared, and thought in silence.

I could feel the peace fall like a blanket"”peace essential. Perhaps I appreciated this moment more for all the people who stomp past us in "normal life;" perhaps because I had been trundled up in work for too long; perhaps because I could finally think in silence. But probably, it was simply a pure moment, where the present brushes eternity and leaves a faint aroma of godliness.

I breathed in. The rain whispered, and the grass rustled. Gnats crawled wearily up the side of the glass. I exhaled. 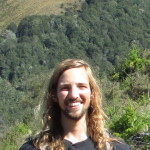 After graduating college and having no idea what to do, I have been following the wind wherever it blows me. For the moment, it has blown me to Wanaka, New Zealand where, besides staring at and running in mountains, I make a wicked hospital corner and clean bathrooms like Gandhi (if he were a housekeeper) at my job at a local lodge. I take special pride in screeching "HOUSEKEEPING" in the highest pitch voice I can muster before entering a room to service it. 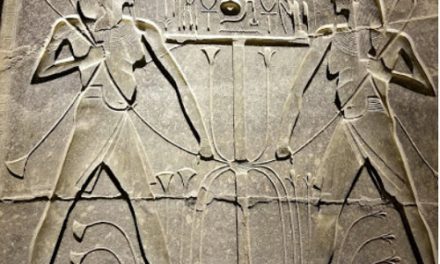 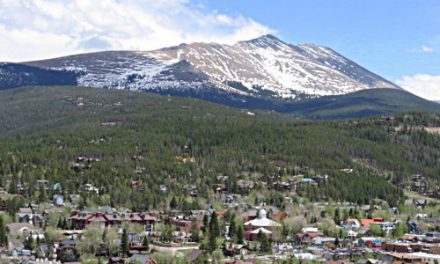