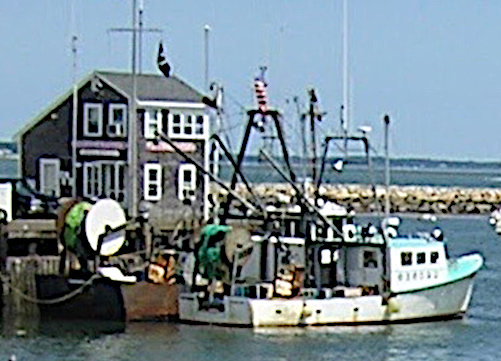 My family and I wanted to go on a short trip from New York City, to a place within a driving distance of 4 hrs. Having been to most destinations nearby, I chose Plymouth, Massachusetts, which seemed to fit the bill perfectly. There seemed to be enough museums to keep us and our daughter occupied for a couple of days and there was even a small beach if museum hopping got tiring.

Plymouth does not yet seem to be a popular tourist spot. Most people go to Cape Cod which is on the way. Named after Plymouth in England, Plymouth, Massachusetts is steeped in history and is an excellent place to get to know the history of our country.

The sightseeing commenced with a visit to Plimoth Plantation, the living history museum that depicts the 17th century Plymouth colony. Here I saw the native Wampanoag people’s homesite and a 1627 Pilgrim village. This is all in the open air, staffed with people who are costumed role players. Men, women and children have taken on names, language, ideas, and life histories of people who lived in 1627, depicting a period just seven years after the arrival of Mayflower, the ship used by the Pilgrims to reach the new world. Plimoth Plantation requires a good part of a day to see everything; this includes an exhibit on the First Thanksgiving, the above mentioned Pilgrim Village, the Wampanoag Homesite, a crafts center and a short film on the history of Plymouth.

This being a first trip to a living history museum, I found it an enlightening experience watching people who lived in a completely different manner. Entering a house in the Pilgrim village I saw a blacksmith who demonstrated the method of making nails from raw iron.

The Wampanoag Homesite is staffed by people of the Wampanoag tribe and other Native nations. It was quite informative to see them reenacting daily scenes which included cooking demonstrations.

Plimoth Plantation’s exhibits include Mayflower II, a reproduction of a late 16th century English merchant ship of the same size as Mayflower, the ship that brought the first immigrants to Plymouth in 1620. The ship is located on the Plymouth waterfront and offers a beautiful view of the sea. It was fun and educational to go aboard and explore the exhibits. Here too staff dressed in period costumes were there to give the audience a taste of bygone times.

Near the Mayflower II and facing the ocean, I noticed a Native American statue and I was curious to find out more. I learnt it was a likeness of Massasoit Sachem, an intertribal chief of the Wampanoag nation who was the first to meet the Pilgrims from Mayflower when they landed on the shores in 1620. Also known as Yellow Feather Oasmeequin, he signed a treaty with the settlers in 1621.

It is an old statue, completed in 1921 in bronze by the Utah native, Mormon sculptor Cyrus Dallin, who was well known for creating comforting statues of Native Americans with hallmark symbols of heroism and athleticism. The statue of course provides no hint of the myths of the First Thanksgiving or the massacre of around 500 Wampanoag men, women and children by the English settlers in 1637.

A part of the Plimoth Plantation museum site, the Plimoth Grist Mill is a replica of the original John Jenney Grist Mill that was used by the Pilgrims to grind corn in the 17th century. Before the colony authorized the building of the mill, the colonists ground corn by hand using mortars. The large wooden wheel powered by water made it much simpler for the Pilgrims to grind corn into cornmeal. I watched it turning slowly before entering the small attached museum to explore stories about the mill and it’s importance in the life of the settlers.

Another compelling place to visit is the Pilgrim Hall museum which documents the history of Pilgrims and Native Americans with displays of furniture, books, paintings, and other such items.

The museum is the oldest continuously running public museum in the country having opened its doors in 1824 and this is well reflected in its exceptional collection of artifacts. I particularly enjoyed walking through the exhibits of household items from the 16th to 18th centuries. There on display were silver wine cups, bowls made of tin glazed earthenware, intricately designed teapots of blue and white porcelain and simple wooden cups and tankards.

A Trip to Plymouth Beach

Plymouth beach is where my family and I went after a day filled with museum visits. The waters of the Cape Cod Bay were calm and the beach not too crowded. There was a concession stand run by local ladies and I relished my lunch with my husband and daughter, sitting on plastic garden chairs with a wonderful view of the ocean beyond.

Last but not the least was a visit to Plymouth Rock, located in Pilgrim Memorial State Park, probably one of the most well known historical landmarks in the United States. Although there is no historical evidence that the Pilgrims landed on a rock in 1620, the story started a mere 100 years after their arrival. The present rock has been in place since 1859 and the year 1620 was carved into it in 1880. I along with many other tourists leaned in over the railing to catch a glimpse of this very famous boulder.

Truly, Plymouth is a wonderful place to visit whether for a weekend or a full week at hand.

Vancouver Goes Green for the Olympics 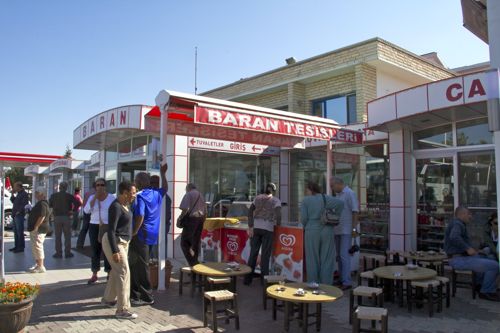