Searching for Che in Argentina

On my third day in BA, having seen some of the major districts, I thought itÂ time for an off the beaten track adventure (city style that is).Â  In the guide book map a friend found aÂ markerÂ signifying aÂ Che Guevara Museum out at the end of the green line, but further digging into the book did not produce any moreÂ information.Â  Just a small museum symbol and a number on a black and white map and nothing more.

Upon arriving in the outer district (tbn), I immediately headed into a bookstore and inquired about the museum.Â There I was met by strange looks. “Che Guevara?Â  Museum?Â  No not here?”Â  Another look at the map would show that this supposed museum was no more than a block from where I was standing, so I headed for the first policeman I saw. He had heardÂ of this museum, but my broken Spanish ascertain that it was not a museum at all, but perhapsÂ an old house (casa antigua). The officer directed me two blocksÂ west andÂ toÂ the right.Â

Traveling further than he directed and seeing nothing I decided to stop and ask a woman in a convenient store, “Do you know of a Che Guevara Museum or House near by?” This woman assured me it was neither a museum or a house, but my poorÂ Spanish failed to fully understand what I exactly I was looking for. She then directed me two blocks east and to the right sending me right back where I began. Following her directions I found myself at aÂ pizzeria and a train pass. I stopped for lunch,Â and asked my waiter if he knew of a Che Guevara museum or house or statue and he again assured me it was not any of the above, but whatever it was was just up the street.

I crossed the tracks looking out for a marker or statue or sign whenÂ I stopped in front of a novelty store.Â There in the window I saw countless busts and photos of Che along with Simpson figurines, Homer clocks, and Freddy Kruger masks. Something told me this was it. Upon walking in, I was met by a life size Che doll that stood above the entrance. Once inside I met an kind Argentinian man who informed me that I had indeed made it to the right place, but that the museumÂ had beenÂ shut down after the 2001 political upheaval. This older man surrounded by US slasher movie masks, novelty mugs, and antiques was more than happy to bring out his collection ofÂ Che photo albums and paraphernalia.Â  It seemed as if he stood there waiting for people like me to come up and ask about Che, because what spilled out was a mix of history, sentimentality, and current US and global affairs that lasted almost an hour.

At this point, one question loomed in my mind, where did Che go?Â  Why did no one in Argentina care for a museum? Why are there no remnants of him except forÂ the same T-shirts of a bearded man in a beret popular in America. The man told me that for many Argentinians Che is not a sense of pride, but shame and thought of as a man who left his country for Cuba. But, he assured me that Che was in every other foreign traveler who made the same strange trek as me.

For more on a visit to the museum, museocheguevaraargentina.blogspot.com/.
Or just stroll by 129 Rojas, Capital, 1405 Buenos Aires. 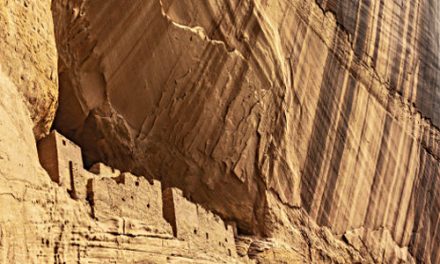