(New York, NY, November 9, 2011) — With large varieties of cultural attractions, Japan awaits family travelers.Â  There will be more facilities opening in Japan in the coming year that will entertain both young and old.

Known as the country connected by the high-tech and efficient railway system, the Central Japan Railway Company opened a museum of the past and future of Japan's railway system.Â  Opened on March 14, 2011 in Nagoya, the Museum displays almost a century-long history of trains including Japan's fastest steam locomotive (129km/h, 80mph), series of world famous bullet trains and the Superconducting Maglev (581km/h, 361mph).Â  The museum's the best collection of Japanese rolling stock brings old memories to adults and future dreams to children visitors.
Cup Noodles Museum in Yokohama
A unique museum was opened for the globally

known Japanese product.Â  A Japanese food company Nissin is the manufacturer of the internationally saturated Cup Noodle, and opened the museum in Yokohama in September 2011.Â  Cup Noodle is saturated internationally, and this museum shows the product history and the founder's creativity, and offers factory tour, and own cup noodle making program.Â  In the contemporary designed museum restaurant, enjoy global varieties of noodles.
Start the MLB 2012 Season in Japan
One of the 2012 season opening games goes to Tokyo.Â

The Major League Baseball announced the opening game between Seattle Mariners and Oakland Athletics in Tokyo on March 28 and 29, 2012.Â  MLB opened Boston Red Sox and Oakland Athletics game in Tokyo Dome in 2008, which is going to be the 2012's opening game venue.Â  Baseball is one of the sports much loved by people in both Japan and the US, and the two countries even share the players as well.Â  Both the Mariners and the Athletics have Japanese players Ichiro Suzuki and Hideki Matsui, both of which are fan's favorite.
Fish World far from Water

If looking for something else than cultural and historic landmarks in the old capital city of Kyoto, go to Umekoji Park just west of Kyoto station.Â  Already popular among local families for the Steam Locomotive Museum, the park is opening a new aquarium.Â  The construction continues to complete KYOTO AQUARIUM for grand opening in spring 2012, and it will be a rare aquarium located far from waters.Â  For the unique location, the aquarium contains large space for freshwater fish.
Odaiba Adds More Play Grounds
Odaiba, one of Tokyo's top destinations Odaiba areas, adds more fun for family travelers:Â  In Tokyo's waterfront entertainment city with indoor playgrounds and shopping malls, Tokyo LEGOLAND Discovery Centre will be opened in June 2012.Â  The newest LEGOLAND features interactive and educational indoor programs for children such as 4D cinema, and workshop with LEGO Master Model Builder.Â  The newly opened Trick Art Museum will invite visitors to the world of trompe l'oeils.Â  This is a very unique experience of the human vision tricks with Japanese art elements. 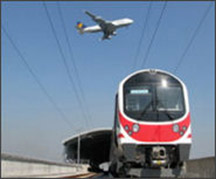