Any time I think of Japan, and to a greater extent Asia, I cannot help but think of food. Not because I love it or hate it, but because it is frequently unrecognizable to that kinds of foods I normally eat. I love cheese and meat lots of vegetables with a little butter and salt. I like eating both junk and really healthy. In Japan, forget it. There will be almost no junk and the veggies will just be something different too. As an avid traveler, I am used to and embrace the differences. However, for the occasional travel this may be cause for alarm. It should, even though I have poked a little fun a Japanese cuisine in the past, Return to Japan and the Lord of the Flies.

I did fine and ate a lot during my recent visit, here are a few pointers visitors should know about the cuisine.

Food is not only prepared for flavor, but also sight, sound, and texture. This means food will have a variety of gelatinous forms, soft forms, creamy forms, and blended forms that come in a variety of squirmy, crunchy, slippery, wriggly and slimy. This sounds challenging, but really I am making it sound worse than it is. Most everything was tasty, but never having an overpowering flavor. All these morsels will come with fish, rice and soup (probably miso). As a diner, expect numerous small portions of many different tastes. I had heard it said, that the Japanese believe that every persona should eat 30 different kinds of food at every meal. After nearly a month of meals in Japan, I would have to agree that this is a goal well achieved. 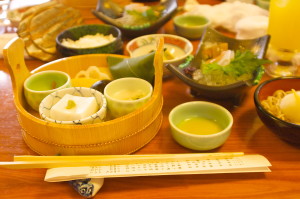 I remember at one point saying to my guide, “I would hate to be a dish washer in a Japanese restaurant.” Not because of the difficulty of cleaning up Japanese food, but due to all the tiny odd-shaped bowls and plates — none of which match. My guide later told me the this is by design. Plates are not meant to match each other. They are meant to match the color and style of the food. So a small green square of tofu might come small sea-foam cup to match the tofu, regardless of what the rest of the dinnerware looks like. 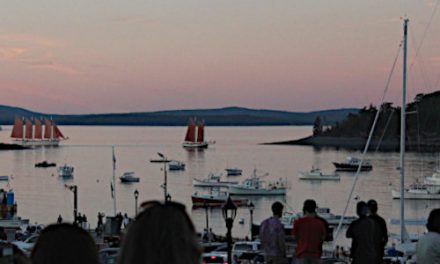 Our Lady of Lebanon, Harissa

Seasick on an Elephant