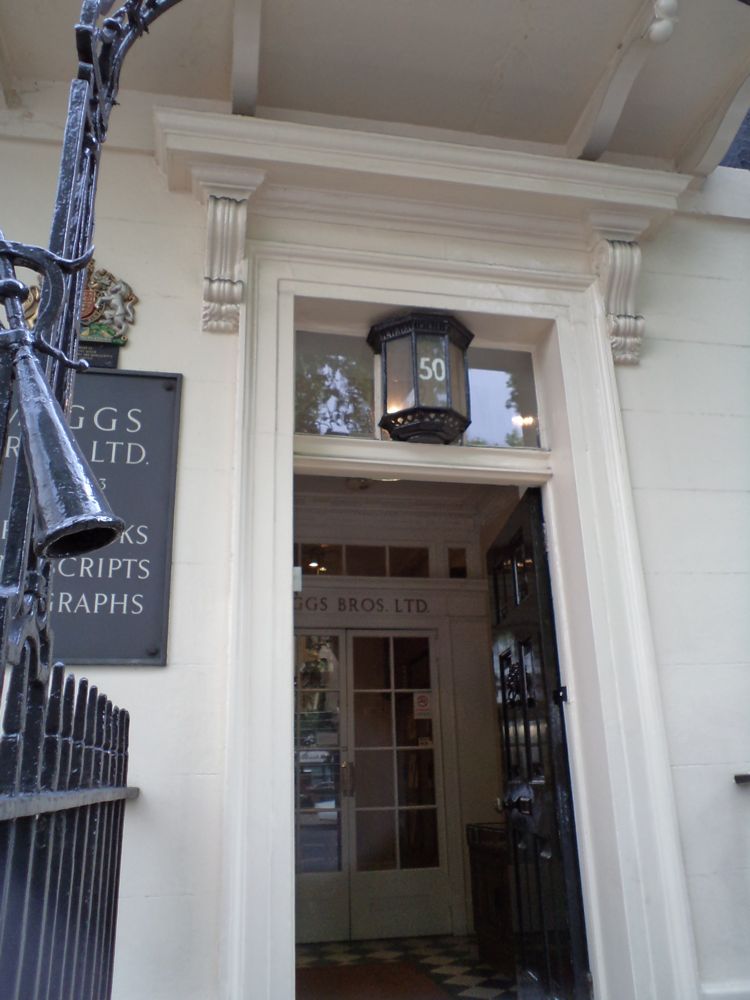 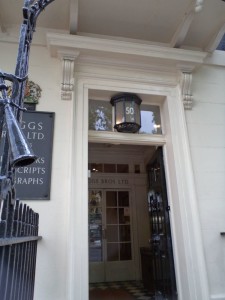 Perhaps it is because of the movies and books, but whenever I think about haunted houses — a subject I'm quite fond of — images of desolate landscapes, moors, maybe wind beaten cliffs, spring to mind. I certainly do not think of one of London's poshest and most elegant areas, residential Mayfair within walking distance of New Bond street's designer shops and smart restaurants. However, it seems, that Poltergeists also have a taste for glamor and luxury, and sometimes prefer to wreak havoc in elegant town houses rather than medieval castles or isolated country mansions.

Much to my surprise, none of my London friends knew about the city's most haunted house, 50 Berkeley Square, so I was quite pleased to be able to tell them the story.

I have to admit, I went in broad daylight and made my way along Bond Street, then turning left into Bruton Street, which took me right to Berkeley Square. There was another purpose to that route because I wanted to revisit one of London's most peculiar pubs, a quaint triangular building, much like a mini flatiron of New York and Toronto fame, incongruously wedged between the much newer and quite unremarkable building at either side, or rather, remarkable for the shops they house.

When Bruton Street meets Berkeley Square you come out right opposite number 50 with the beautiful, green little park in between. If you don't know what you are looking for, you would never guess. There is no plaque or sign, no strange light emanating from the windows, no ghosts whistling or chains clanging.

The premises are today occupied by renowned antiquarian booksellers Maggs Bros. The plain Georgian faÃ§ade belies the grandeur of the interior with sweeping staircases, marble fire places and chandeliers as well as thousands of books which can clearly be seen through the windows.

Famously haunted is a room at the tiop floor. The chamber is supposedly charged with supernatural forces which are so horrible in appearance that they have caused people to go insane or die of shock. Stories of screams in the night, flickering lights and strange noises were an every day occurrence during Victorian times and the rumors were such that the building remained unoccupied during long periods of time.

There are at least two stories which try to explain the ghosts haunting 50 Berkeley Street: one refers to a Mr. du Pre who had a lunatic brother who was so violent, that he had to be locked away in the top floor and could only be fed through a hole in the door. When he died, his soul refused to find peace and haunted the building ever since.

Another story refers to a Mr. Myers who had leased the house as the marital home for himself and his bride to b,. On the day of the wedding, the lady jilted him and he became a recluse, locking himself away in the top floor and roaming the rest of the house at night by candle light. Then there are stories of a little Scottish girl who was tortured and died in the house and of two sailors, who spend the night in the then abandoned house, not knowing that it was haunted. One of them was found the next day, terrified and disorientated and his companion had jumped out the window to his death rather than confronting the terror which occurred during the night.

It seems that the ghosts and spirits are active to this day. In 2001 an employee of Maggs Bors, reported that she sat in the haunted room and suddenly saw a brown mist moving across the floor and a customer had his glasses snatched off his nose by no one as he was climbing the staircase.

I didn't go in and I didn't touch the building either to see if it is true that a strange energy has seeped into the very structure. Whatever it is, it didn't extend to the pavement in front but you are free to let your imagination run riot and I think that Maggs Bros and everybody working there, are very brave souls indeed. 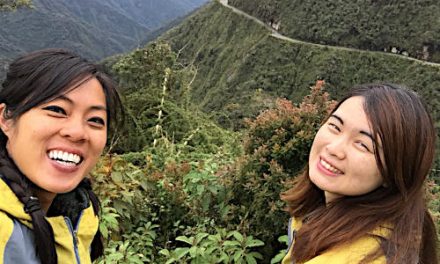 Altira Hotel, My Kind of Digs

The Samba of Rio de Janeiro