A Garden in Fiesole 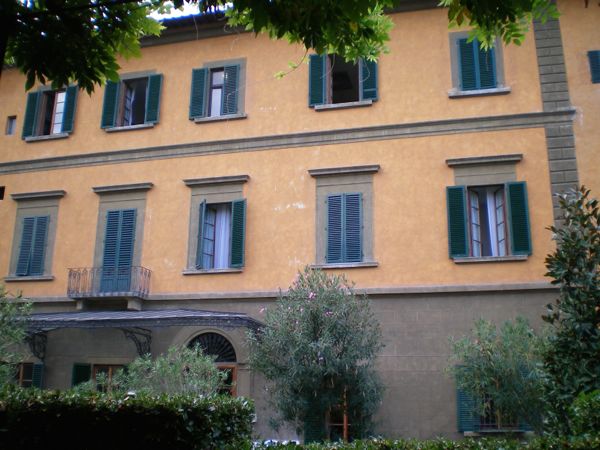 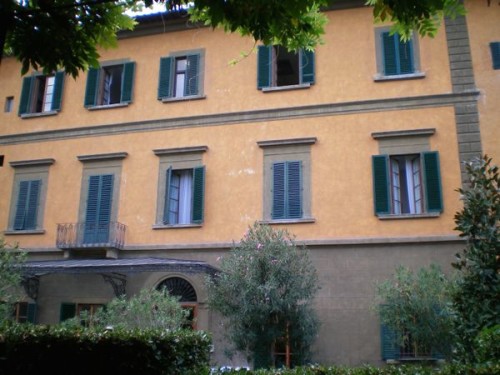 The Sights in Florence

I sat soaking up the sun in a small walled garden. Tumbling geraniums held the moss-covered stones together as they did most of this hillside town. The drone of bees left the air heavy. Once formal garden paths weaved through one another as they rambled towards a statue of the Virgin, standing forgotten in the center of the garden. A rose branch crept out to tenderly embrace her.

Autumn sunshine danced through the trees, with midges floating contentedly in the warmth of its wake. Below me, the Duomo rose above the purple haze of Florence. Church bells floated up from the city. I hadn't expected the cathedral to dominate the skyline so. Maybe when it was first built, but not in the twenty-first century. 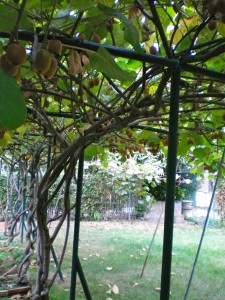 Some forty-eight hours ago my plane had landed in darkness. Flying anywhere from Australia takes forever, and I'd spent a lifetime suspended in that metal cocoon. At four in the morning Rome airport lay deep asleep "“ except the barista, with his elegant three-day growth. I braved an espresso. The potent brew shattered through the layers of cobwebs numbing my brain.

Now the convent cat purred around my legs. Behind me, three Medici pomegranates graced the entrance to the convent. Hidden amongst Etruscan ruins and run by Irish nuns, the Villa San Girolamo, Fiesole, once lay under the protection of Lorenzo il Magnifico. One of the Medici summer retreats stands reclusively across the road from the convent. Somewhere in the hills behind me a plaque marks the spot where Leonardo tried to fly.

The creak of the gate told me I was not the only one awake. Siesta was ending.

A Fiesole Garden and Franciscan Monestary

I turned as an ancient priest hobbled towards me, a gnarled stick in one hand, a rosary in the other. His brown cassock slowly swayed with each step. I had seen him yesterday presiding over Mass. In a cathedral predating the Battle of Hastings, he had withstood the onslaught of communion, when the entire congregation gossiped and jostled to be first in line. (I later successfully imitated this technique at the markets.)

Now he came to share the turn of the day with Mother Superior, to ease arthritic joints in the sun whilst gossiping over coffee and biscotti fresh from the convent kitchens. I smiled hello as he passed, and he slowly lowered himself beside me.

Some bells rang out from the Franciscan monastery up the hill. As if released by the sound, the priest's vernacular flowed. He spoke continuously, all the while his hands waving through the air, an extra voice to his own. He talked largely to himself, his back turned half towards me without any expectation of reply. Indeed, most of the time I could barely hear him.

Paradise with a Priest

"Paradiso." Finally. A word I could understand. Paradise. I am sitting in it. "Leonardo." Another word fell towards me as, turning his stiff body, the priest embraced the hills behind, his words incessant with fervor and youthful joyousness. Chortling, and with cane dangling from one hand, the priest slowly stretched his arms out wide as if he were flying. As infectious as any child's, the old man's laughter spilt over me, holding me captive. Then he whistled and spun his finger in a downward spiral, laughing and shaking his head.

Another bell chimed, and the priest stirred from his thoughts. Mother Superior was waiting. Rising slowly from the bench, his weight full onto his rickety cane, the priest gave the cat and me a final blessing, and was a gone.

I slowly closed my eyes. How many sins had I just committed?

I had fooled a priest.

Unwillingly, but I needed no Jesuit to argue moot points of theology. The old man had talked unceasingly; I spoke at best two-dozen words of Italian. How could I even go to confession? He was bound to be the priest administering absolution.

Instead, I looked at the icons of Florence unfolded below me, a map shimmering through a mist of trees. The Duomo, the Uffizi, the Baptistery; the priest was right. This place truly is paradiso.

Anne Harrison lives with her husband, two children and numerous pets on the Central Coast, NSW. Her jobs include wife, mother, doctor, farmer and local witch doctor "“ covering anything from delivering alpacas to treating kids who have fallen head first into the washing machine. Her fiction has been published in Australian literary magazines, and has been placed in various regional literary competitions. Her non-fiction has been published in medical and travel journals. Her ambition is to be 80 and happy. 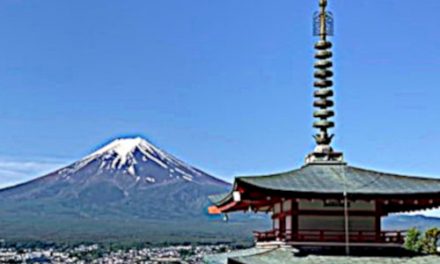 Myanmar: Unlike Any Land You Know