Aruba Serves Up an Amazing 2007 Calendar of Events
Bursting With Incredible To-Do's!

"We are very much looking forward to an exciting and successful 2007. The island is again offering travelers an extremely comprehensive calendar of events designed to meet the needs of our diverse travelers," said Minister of Tourism and Transportation, Edison Briesen. "In 2007, the island will finalize major investments and expansions to the tourism sector. These developments will reinforce the quality of travel offerings and enhance travelers' experiences while they are on island."

Following is a highlight of Aruba's 2007 notable events:

January 1 "“ February 20 "“ Aruba's 53rd Carnival Celebration
The year starts off right with the island's biggest party serving up "jump-ups" (street parties), parades and contests. Thousands of people from across the island participate in this magical event.

February 17 "“ Jouvert Morning
Carnival’s biggest “jump-up," this extravaganza features local musical bands on floats making their way through the streets of San Nicolas (Aruba's oldest city.) The parade starts in the middle of the night and continues until sunrise.

February 20 "“ Old Mask Parade and the Burning of King Momo
The burning of "King Momo" is an Aruban tradition that symbolizes the finale of Carnival.

March 18 "“ National Anthem and Flag Day
This year Aruba celebrates the 30th anniversary of the island's Flag and Anthem Day with nationalistic shows and folkloric presentations.

June 27 – July 3 "“ 21st Annual Aruba Hi-Winds Amateur World Challenge
One of the most celebrated amateur windsurfing competitions in the world happens in Aruba with participation from a number of countries. Windsurfers, depending on skill level and age, can compete in six different categories: men, women, juniors, masters, super masters and free style.

July 6 – 7 "“ 18th Heineken Music Festival
This live concert, which features bands from Caribbean and Latin America, teems with energy and is loaded with excitement. Past appearances have included Elvis Crespo, Eddy Herrera and other popular Latin American stars.

July 6 – 7 "“ 14th Annual Aruba Reef Care Project
Aruba is known for its annual marine environment awareness efforts. This campaign, which allows volunteers to participate, focuses on the preservation of clean underwater sites and the island's beaches.

September 25 – October 2 "“ UlitmateBet.com Aruba Poker Classic and Blackjack
Tournament
A no limit Texas Hold’em Poker and Blackjack tournament brings together sun seekers and card-sharks from all over the world will to compete for millions of dollars. Prior celebrity participants have included Ben Affleck and Jennifer Tilly.

November 2 – 4 "“ Aruba Beach Tennis International Championships
Aruba is among the first to host an international beach tennis tournament and the island was the birthplace of the sport.

"We are thrilled about Aruba's 2007 roster of event as it truly offers up something for all of the island's wide ranging visitors," said managing director for the Aruba Tourism Authority, Myrna Jansen. "From vibrant Carnival celebrations and renowned music festivals to outstanding sporting events and educational volunteer initiatives, the island's 2007 is sure to be a hit." 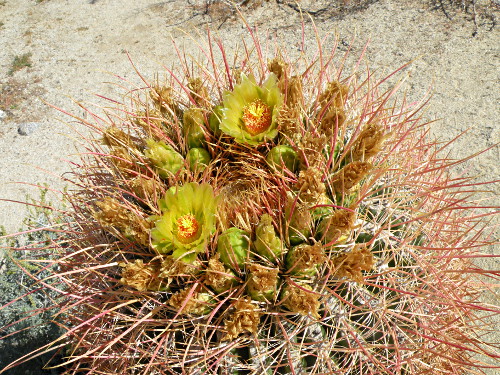