Dubai is considered an expensive destination but it doesn't have to be. John and I visited in Dubai in January 2009 and our favorite evening turned out to be our least expensive. After wandering through the spice souk with it aromatic smells we hopped on board an abra, handed the boatman one dirham (27 cents), and crossed Dubai Creek. Abras are flat-bottomed water taxis that ferry people across the Creek.

We strolled along the waterfront promenade for 15-minutes to Sheikh Saeed Al Maktoum’s House, the 1896-home of an early ruler. Admission was fifty cents. Interestingly, the house was kept cool by hanging wet cloths in the four wind towers. When the wind blew over the wet cloths it caused evaporation which is a cooling process. Another 15-minute stroll and we were at the Heritage Village where admission is free. The living museum had a tented Bedouin village, camel rides, children performing traditional dances, weavers, and an exhibition of traditional cooking techniques. 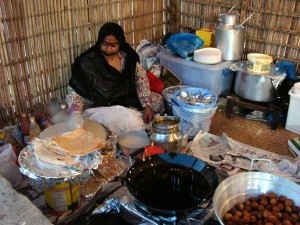 While I was asking the lady sitting on a rattan mat what she was cooking a lady dressed in a traditional abaya and sheyla with a veil bought one of the crepe-like items and wordlessly offered it to me, which I graciously accepted. The cook was wearing a Gulf burqa, which in Dubai is a seldom-seen face covering of metallic-looking cloth.

I watched the cook pour the batter on a flat frying pan creating something similar to a crepe. When it was cooked she cracked an egg on top, spread it around, and then did the same with the cream cheese. Near her another lady was deep-frying what looked like donut holes which were slathered in syrup before serving. John and I bought treats from both ladies for about one dollar each. We sat down to enjoy our "dinner" next to a man in a white kandura. He asked, "How do you like them? You will never find these in a restaurant but my wife makes it all the time." We told him the food was great as was our entire evening. 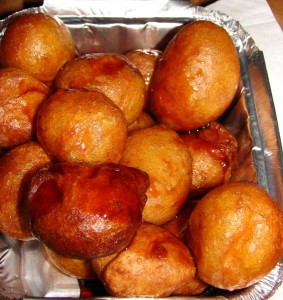 Sift the flour and salt into a bowl.
Make a well in the center and add the egg and egg yolk.
Slowly pour in the half of the milk, stirring constantly, then stir in the melted butter.
Beat until smooth.
Add the remaining milk, cover, and let stand at room temperature for at least 30 minutes. The batter should be the consistency of light cream.
Pour a thin layer evenly over a flat frying pan.
Cook until dry and turn over.
Break one egg on top and spread it quickly over the surface.
Spread cream cheese over top.
In about it minute it was folded in quarters and ready to serve.

Looqemat Dumplings:
3 1/2 cups plain flour – sifted
1/4 ounce plain dried yeast
2 1/2 cups lukewarm water
1 teaspoon sugar
corn oil (for frying)
NB: some recipes call for chopped onions, parsley, and a variety of spices but not the ones we had.

Syrup (or use honey):
2 cups sugar
1cup water
1 lemon, juice of lemon squeezed
Mix Sugar and water, when it thickens add lemon, and bring to a boil.

Dissolve the yeast in 1/4 cup of the lukewarm water, add sugar and set aside until the mixture rises and foams.
Beat rest of the ingredients, except the flour, into the yeast mixture.
Gradually beat in the flour until the mixture becomes a sticky batter
Cover with a damp towel and set in a warm place to rise, approximately 1.5 hours.
Drop spoonfuls of dough in hot oil until golden brown.
Drain and while still hot dip in syrup. 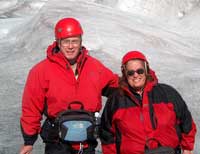 Sandra and her husband, John, are compulsive travelers and writers who have been exploring the world since the 1980s writing all the way. To see more of their travels go to www.sanscott.com. They are on the road seven months a year "“ half in the US and the other half exploring the rest of the world. They like to promote Slow Travel "“ taking time to enjoy the uniqueness of each area. 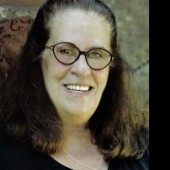 Sandra and her husband, John, are compulsive travelers and writers who have been exploring the world since the 1980s writing all the way. To see more of their travels go to www.sanscott.com. They are on the road seven months a year â€“ half in the US and the other half exploring the rest of the world. They like to promote Slow Travel â€“ taking time to enjoy the uniqueness of each area.

The Next Rome Five