On my final day in Puerto Escondido, I was able to get just a taste of what lifeÂ is like in this laid back beach town. It is unique from other Mexican beach destinations because its lack of big corporations polluting this surfers paradise. As the woman in the tourist information hut told me, “I’m sorry, but if you want McDonald’s you can go to Cancun.” That is exactly the kind of place I like. In the morning, I enjoyed a cruise through a mangrove lagoon with lead by the son of the family run tour. In the afternoon I relaxed by the water front, swam in the scrumptous warm water, and walked along the rocky shore taking in the magnificent views. 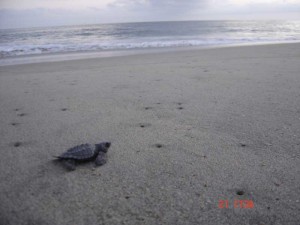 At six in the evening I met up with a group to head to a beach about 10 minutes North of my hotel. There by the orange light of the setting sun, we were introduced to baby Golfina turtles only an hour old. About 150 tiny sea turtles were coralled in a circular fence, probably where they hatched, and there we were allowed to pick them up (after washing our hands), hold them, pet them, and for most us, love them. There was a small group of us on the beach for the release, with only two young boys running around in enthusiasm, but the truth was we had all turned into young kids. How could you not? When it came time to take them down to the water’s edge, one man even scooped a little pile of newborns into his arms to have his own private send off, as if the sight of new life had turned him into a ten year-old boy. Down by the water we let them go one by one as the light began to dim along the water. Some of the turtles (not much bigger than an oreo cookie) were easily turned around and headed for the tree line, and we each did our job to pick them up and turn them around. I wondered how far these turtles would get if we weren’t there to guide them?

My anxiety rose as I saw there tiny little bodies slowly move into the ocean. When waves came up many of them were swept back around are feet. One volunteer warned us not to move in case we might step on one. I thought how tragic that would be, to be crushed out on the same day you broke out. As the sky darkened and we watched the last of the baby turtles finally find there way into the ocean, I had to hope, though the odds were against them, that they would make it to see another sunset.

Baby sea turtle are released everyday at sunset between the months of August and May. For more information you can go to selvanegra.org.mx. 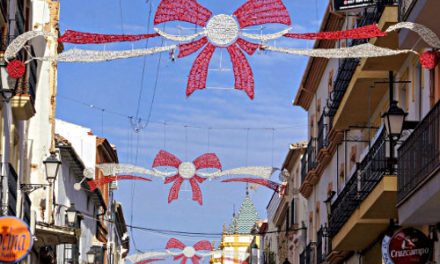