I felt like Alice falling through the rabbit hole as I walked into Tallinn from its port on the Baltic Sea. Or perhaps I stumbled into a time machine. The stone ramparts of this medieval walled village stand in stark contrast to the modern city surrounding them.

Because I like to "bag" countries, as dedicated mountain climbers bag peaks, I was delighted when this little-known city in Estonia appeared on my cruise itinerary. Beyond that, I had few expectations for the day's excursion.

When I entered Old Tallinn through one of the centuries old town gates, the magic began. My first thought was how grateful I was to be wearing comfortable walking shoes. Hundreds of years of wagon wheels and hobnail boots had undoubtedly worn down the cobblestones, but to my eyes "“ and feet "“ they could have been laid down yesterday. 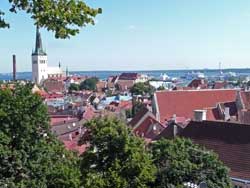 I parted with a few EEK (Estonian Kroon) before arriving at Town Hall Square. Although Estonia has joined the European Union, they have yet to convert their currency to the Euro. The numerous cafes ringing the square played their siren song of food and drink. Ignoring their pleas, I started the climb along Pikk Jalg, which leads to the town's highest point. From this vantage point, I looked out over the sea of red-tiled roofs, a classic European vista. While I was at the top of the town, I checked out Toompea Castle, today the seat of the Estonian Government, and the 19th-century symbol of the Tsar's power in Estonia, Alexander Nevsky Cathedral. 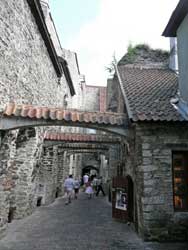 My next stop was the Museum of Occupation. Although it sounds self-explanatory, to be totally accurate, this new glass-walled building would be named "The Museum of Occupations". Tallinn has experienced the trauma of invasion by the Bolsheviks, the Germans, the Soviets. Finally free in 1991, Estonia dedicated this museum to the tenet that history must be studied to avoid its repetition. A tower of battered suitcases serves as a poignant reminder of this tiny country's traumatic history. This makeshift memorial pays tribute to the hundreds of Estonians, mostly women and children, taken away to a life of slavery in Russia.

After this sobering experience, I returned to the welcoming gaiety of Town Hall Square. At CafÃ© Karl Freidrich, I ordered seljanka, a savory beef vegetable soup that is a local favorite, accompanied by a crisp, cold white wine.

I completed my day's excursion with a stroll through St. Catherine's Passage. The monastery of the same name was established in 1246. Quaint shops and galleries line one side, while the monastery walls mark the other. As I walked, I read the centuries-old headstones embedded therein. Soon I left medieval history behind and emerged from the rabbit hole to return to the port via modern sidewalks and traffic-light intersections. Time for a tea party with the queen perhaps? 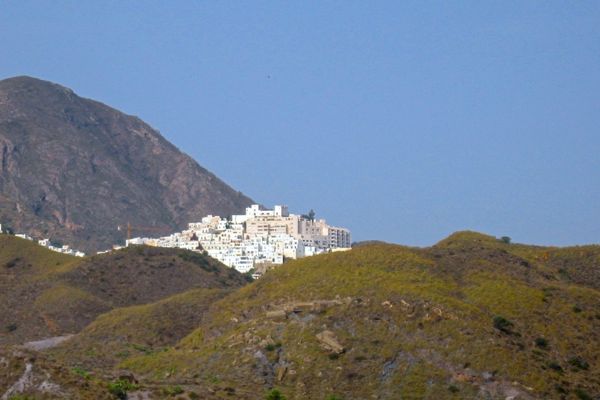 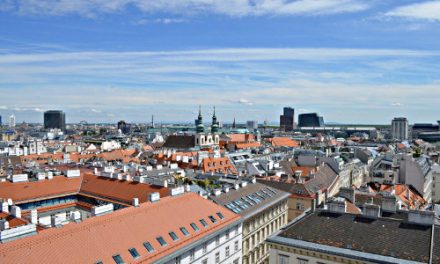