Imagine paddling an ocean-going canoe to ancient village sites, joining a generations-old purification ceremony in the Rocky Mountains, or even seeking out the mysterious Spirit Bear in the Great Bear Rainforest. These are just some of the ways you can experience British Columbia with the people who know it best: BC’s Aboriginal or First Nations peoples. A growing number of Aboriginal-owned tourism operators are encouraging visitors to enjoy BC’s wilderness, wildlife, culture, history, and cuisine from a First Nations point of view. Whether it’s kayaking among orcas, visiting archaeological sites, or even pursuing a personal vision quest, a First Nations operated tour can enrich any visit to BC.

Note, though, that there is no single British Columbian Aboriginal culture. From the Haida and Tsimshian of the North Coast to the Nuu-chah-nulth of Vancouver Island and the Secwepemc, Okanagan, and Ktunaxa people inland, British Columbia is home to 198 First Nations – more than any other province or territory in Canada – and each has its own language, culture and traditions.

Where to start? If your time is short, the easiest place to begin is just minutes from downtown Vancouver, with the North Vancouver-based Takaya Tours. With this First Nations-owned and operated company, you can paddle a replica 45-foot traditional-style Salish ocean-going canoe through the scenic and sheltered waters of Burrard Inlet and Indian Arm. As you paddle the canoe or, if you prefer, a kayak, First Nations guides relate local legends, sing traditional songs, and point out ancient village sites en route.

Like Takaya Tours, Talaysay Tours on the Sunshine Coast, north of Vancouver, mixes outdoor adventure with a chance to learn about local First Nations culture, history, and ecological practices. Owner Candace Campo, a member of the Shishalh First Nation, offers hiking, kayaking, and snowshoeing tours as well as trips in a traditional-style sea-going canoe and workshops in drumming, singing, and art.

Unique to Talaysay Tours are bird watching tours by kayak (the area is rich with eagles, kingfishers, cormorants, and more) and women’s hikes and kayak tours, which bring together scenery, adventure, and insights into the lives and lore of First Nations women.

Wildlife, birdlife, history, and legend also feature in the lake and river trips run by Sasquatch Tours. Based in Chehalis, near the resort town of Harrison Hot Springs two hours east of Vancouver, Sasquatch Tours offers year-round treks, including boat trips on Harrison Lake and the upper reaches of Harrison River. Part of the traditional lands of the Chehalis people, this area is home to salmon, eagles, herons, river otters, seals, deer and bear, as well as ancient pictographs (rock paintings) and petroglyphs (rock carvings), archaeological sites, and rock formations, called transformer sites, that are significant in many legends.

Guides also share tales of the Sasquets, or Sasquatch, a mythological creature said to live in the local forests, as well as legends, songs, and, most importantly, insights into Chehalis culture.

Says owner Willie Charlie: “Every one of the places we visit has a moral teaching that relates to the history and beliefs of our people.”

Between late October and early January, Mr. Charlie, a storyteller among the Chehalis people, operates tours to see the thousands of eagles that gather to feed on the region’s annual salmon run. Visitors can also join a variety of ceremonies, workshops, feasts and dances that take place in a traditional Long House on his family's land, 20 minutes from Harrison Hot Springs.

Another traditional storyteller, or legend speaker, is Tom Sewid, a member of the Kwakwaka’wakw First Nation. Mr. Sewid runs Aboriginal Adventures with Village Island Tours, offering wildlife viewing trips by boat or kayak from Sayward on northeastern Vancouver Island. The tours travel the fabled Johnstone Strait, one of the best places in the world to see orca or killer whales, as well as bears, both black and grizzly. Some tours will also take in the boardwalk fishing hamlet of Telegraph Cove and the abandoned First Nations village on Village Island, the site of BC’s last potlatch.

Aboriginal Adventures with Village Island Tours also offers a near immersion in Kwakwaka’wakw culture, from the tales and legends relayed by Mr. Sewid to daily feasts of fresh-caught seafood, and nightly accommodation in a traditional big house-style cabin.

Another exciting wildlife habitat lies just north of Johnstone Strait in the Great Bear Rainforest. Said to be the last intact temperate old growth forest in the world, this roadless wilderness is home to a wealth of wildlife, including the rare white Kermode, or Spirit Bear. This is also the traditional territory of the Kitasoo/Xaixais people and is rich in culture and history, with over 100 documented ancient cultural sites, including abandoned villages, fish traps, and middens spread throughout the vast territory.

Klemtu Tourism, owned and operated by the Kitasoo/Xaixais First Nation, offers multi-day boat and kayak tours of this remote area, with accommodation in the village of Klemtu and in wilderness cabins.

In a vastly different landscape to the east, Doug Green of Cariboo Chilcotin Jetboat Adventures can also take you where the roads don’t go. Based near Williams Lake, Mr. Green runs jet boat tours through rapids and past bizarre rock formations, called hoodoos, through the Cariboo Chilcotin region in central BC.

“The Fraser River has the largest salmon stocks and largest big horn sheep population in the world, but there are no roads or development along this stretch. It’s a part of the world people hardly ever see,” says Mr. Green.

Mr. Green, who is of Tsilhqot'in (Chilcotin) and Cree heritage, passes on ancient knowledge about the area’s medicinal plants, flora and fauna, and local lore during visits to ancient village sites, areas featuring ancient pictographs and petroglyphs between eight to ten thousand years old, traditional fishing spots, and abandoned mining sites. Lunch might be salmon netted straight from the river, cooked over a fire on the riverbank, and served with wild tea and hushum, a treat made from wild berries. Multi-day trips include a chance to try a sweat lodge; similar to a sauna, it is used for both physical and spiritual cleansing.

If your journey is more of an inward one, consider some of the cultural experiences offered by Kootenay Wilderness Tours or for pure adventure, any of their trips into the Rocky Mountain wilderness.

Based in the Kootenay River Valley at Cross River Cabins wilderness lodge, about an hour and a half south-west of Banff, this outdoor outfitter offers three to eight-day lodge-based adventure holidays that bring together hiking, backpacking, rafting, and canoeing with wilderness skills training and traditional First Nations ceremonies facilitated by a native elder. Guests stay in traditional Lakota-style tipis or in private cabins.

During the Elk Runner Nature Weekend, for example, guests prepare for and participate in a traditional healing and purification ceremony. Another option is a solo wilderness outing, based on a traditional Vision Quest ceremony and facilitated by a native elder.

These tours, from simple kayak trips to potentially life-changing spiritual experiences, are just a sample of what’s available in BC. For more information about First Nation-owned tourism companies, see the Aboriginal Tourism Association of British Columbia’s Web site, at www.aboriginalbc.com.

A Traveller\’s Guide to Aboriginal B.C. 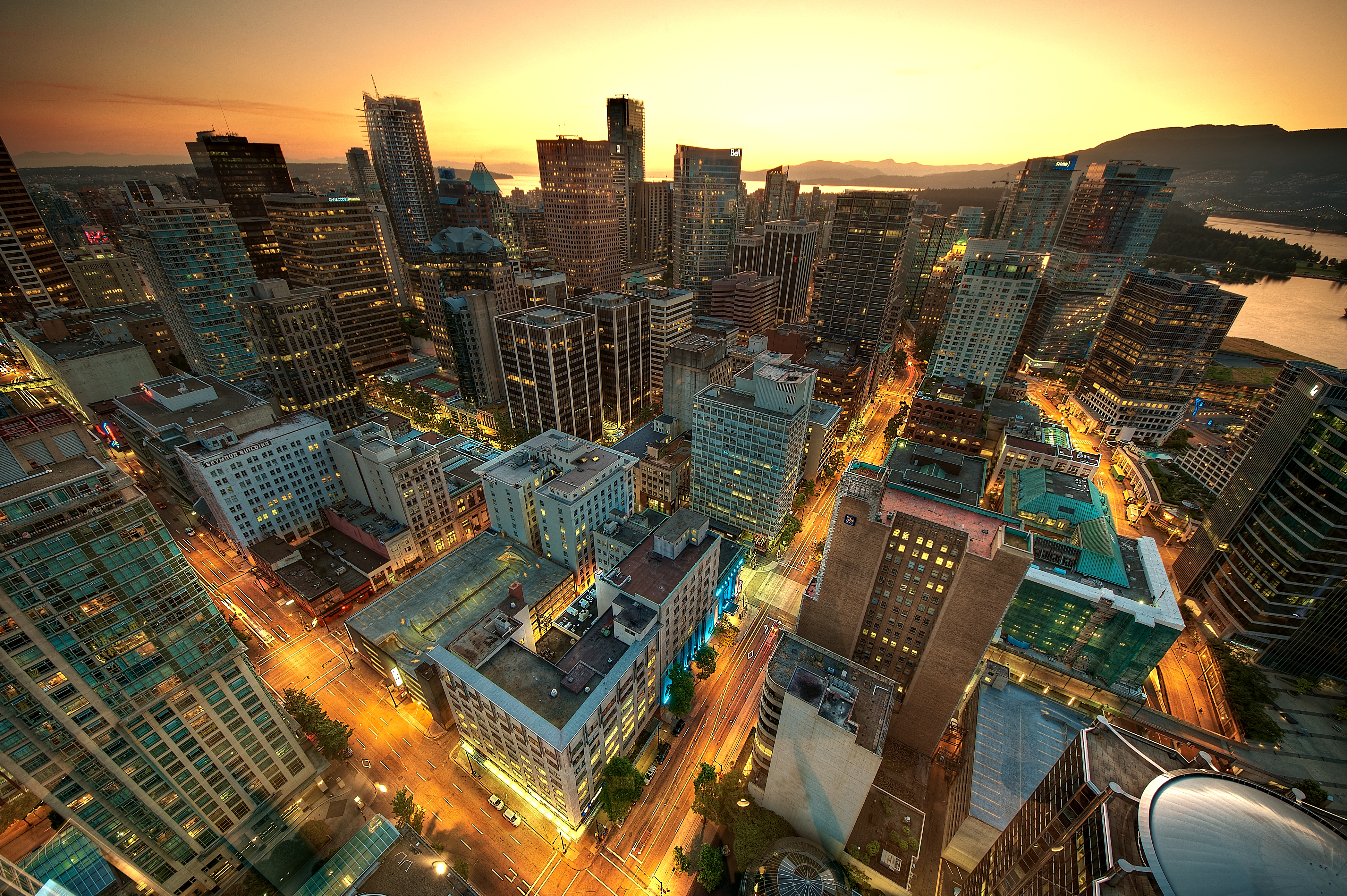 Jumping the Border to Vancouver

The Smell of Yak