I was in Mendoza, a desert in the west of Argentina that is now wine country, taking tours of vineyards and wineries and tasting the local Malbecs (Argentine wine). I wasÂ having a lovely time, but all I could do was stare off into the distance to the jagged Andes that ran to the west.Â

There they were, the second highest mountain range in the world and so close.Â And to think just west of the mountains was Chile. Chile was not in the plans, but the snow-capped mountains calling my name. On the wine tour was an Irish couple who had flown into Santiago just to take a bus through the Andes to Argentina. It sounded so simple, so it was decided, with Chile in my sights I would cross the Andes.

It reallyÂ was quite simple, just a six-eight hour bus ride of winding roads through peaks and valleys. On the bus they played the movie Collateral Damage. Arnold, my Governor, is not the best thing to pair with beautiful scenery. ItÂ´s likeÂ enjoying a thick juicy steakÂ with a cup of prune juice, but I didn’t let that get me down.Â

Once passed the Chile-Argentina boarder the scene broke into aÂ winter wonderland. From my window I watchedÂ young families sled and barbecue in the shadows of the beautiful rugged peaks. At one point the road weaved and curved just below a ski lift that flew above us. I waved at a happy skiers, who waved back.Â

Once out of the mountains the rocks and snow fell away to lush green land cut through by a clear blue bubbling brook. Brightly colored houses and tiny wooden bridges peppered the landscape. I exhaled at the wide blue sky and plush green surroundings, “I’m in Chile!” 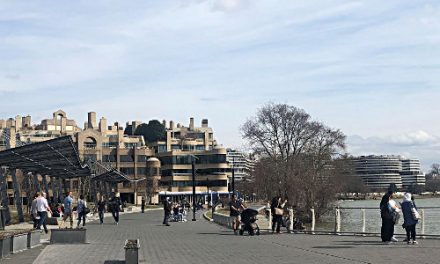