The Empire State Building and Times Square are regularly the necessity stops for any visitor to energetic and exuberant New York City. The neighborhoods that are in the vicinity of these global icons are a good destination too for a few hours of sightseeing. Recently, I decided on exploring the various points of interest that fall within the areas helmed in by Bryant Park on 42nd Street and tiny Greeley Square Park at 34th Street.

Leaving behind me the cacophonous crossing at Seventh Avenue and 34th Street, I walked east, Empire State Building, a U.S. National Historic Landmark looming majestically in front of me. I did not plan to visit the viewing decks on 86th floor and 102nd floor as the lines were long which is how it is at most times. To take in the expansive city views, I would strongly recommend going either in the mornings or later in the evenings when it is easier to beat the crowds as the building stays open until 2am.

The surrounding area has a plethora of shops and department stores that attract both visiting and local shoppers. Chief among them is Macy's, the flagship 11- floor giant department store covering a whole city block and considered as the largest store of its kind in the world.

A Street In Koreatown ©2019 Susmita Sengupta

Close by is Koreatown, on 32nd Street between Fifth and Sixth Avenues. I found the street, officially nicknamed as Korea Way, jam-packed with stores, restaurants and Korean barbecues, spas and karaoke bars with some businesses spreading up vertically, similar I believe to retail establishments in Seoul, the South Korean capital city. At Koryo Books, here in the neighborhood for close to thirty years, I spent some time looking at books, a significant number of which were in Hangul, the Korean script, Korean skincare and makeup and of course, walls of posters and merchandise devoted to K-Pop.

Between Sixth Avenue and Broadway, next to Koreatown, I detected tiny Greeley Square Park extending from 32nd to 33rd Street, a charming oasis crowded in the summer and fall with locals and tourists alike, resting their tired selves or just merely passing a few moments oblivious to the sound and commotion of the city pulsating around them. The park hosts a variety of food stalls and carts during spring, summer and fall offering delectable fare and flavors. The park is named after Horace Greeley, who launched the New York Tribune in 1841 and his giant, bronze statue has adorned the space since 1894.

The Library at the Pierpont Morgan Museum ©2019 Susmita Sengupta

Not too far away from Koreatown is another U.S. National Historic Landmark, the Pierpont Morgan Library and Museum, again not a particularly common stop for tourists. This was the residence of the financier J. P. Morgan, an inveterate collector of rare manuscripts and documents, books, fine art and artifacts, all of which can be seen in spectacular display in a dramatic architectural setting. There are rotating exhibitions drawn from its own collections as well as shows from other institutions.

I walked through an exhibition of monsters from the Middle Ages, a fascinating show on the human being's predilections towards all things fantastic and whimsical. I enjoyed the exhibit based on the collection of James Ivory, the celebrated director, of the film company Merchant Ivory Productions. There were annotated scripts, letters and telegrams, journals and notes on a variety of their films which were usually set in the US, England or India.

A must visit is the grand 1906 library and study of Pierpont Morgan, a sumptuous collection of rooms and a rotunda through which I and just a handful of other visitors walked into the library. Designed by Charles McKim of the famous architectural firm McKim, Mead and White, the grandiose structure reminded me of the classical style of an Italian Renaissance villa. The splendidly preserved, gilded and frescoed rotunda ceiling, the richly paneled in red "West Room," the Library or "East Room" with its treasured collection of rare books, manuscripts and paintings and the smaller "North Room" with its display of Mesopotamian seals and tablets can actually be seen for free on Tuesday(3-5pm), Friday(7-9pm) and Sunday(4-6pm).

A Plaque on the Fashion Walk of Fame ©2019 Susmita Sengupta

Although the Museum at FIT was slightly off the grid that I was following, I could not resist a visit to see a display of fashion at the renowned Fashion Institute of Technology at 27th Street and 7th Avenue. The museum, located on the main floor is not too big but it is free to enter and the collection on display at the time of my visit was eye catching. "Fashion Unraveled" in the Fashion and Textile History Gallery showed the beauty of imperfect and flawed garments. The historic pieces were exhibited under dim lighting to preserve the aesthetic of the objects on display. To my untrained eye, each piece looked pristine and beautiful but in reality the exhibition was about clothes that were altered, mended or repurposed. The highly colorful Betsey Johnson jumpsuit was made from rugby shirts and an Oscar de la Renta tweed dress was bedecked with sequins, feathers and an unstitched hem.

Next I walked over to the Fashion Walk of Fame, a series of plaques embedded into the east side sidewalk of 7th Avenue or Fashion Avenue from 35th to 41st Streets. The circular, silvery white bronze panels honor American designers who have contributed significantly to world fashion. There are four plaques on each block and 26 plaques in all. I enjoyed reading about the designers that were unknown to me, for instance, Lily Dache, a milliner famous during the 1930s and 40s for hats that "were characterized by bold, sculptural shapes, which required complex blocking" as mentioned on the plaque.

Along the way, I admired The Garment Worker, a marvelous life like bronze sculpture depicting the father of Judith Weller, the sculptor of the statue. Right behind him is a giant needle threading a button resting against the kiosk of the Fashion Information Center. Together, the sculptures to me provided a stark illustration of the life of clothing workers in the late 19th and early 20th centuries when multitudes of poor Jewish immigrants worked ceaselessly in the Garment District under oppressive circumstances.

Sidestepping hordes of tourists who had stopped to take in the glitz and the swirl of Times Square, I bypassed the frenzied environment and walked towards the carefree zone of Bryant Park, known for its lush formal gardens, terraces, eateries and dedicated areas for free activities, events and classes.

The park was crowded at mid-day when I reached, with hundreds of people sitting by in the open-air cafes that dot the perimeter of the park while still others were reading, relaxing and eating in the sun and shade of the park. The central green area is off limits to people, which brought about a surprising peaceful air in the midst of the surging crowd.

Adjacent to Bryant Park on Fifth Avenue and 41st Street stands the incomparable Beaux Arts building of the New York Public Library Main Branch, the NYPL being the country's largest public library system. The distinctive building is a NYC Landmark as well as a U. S. National Historic Landmark. I walked up the majestic stairs, past the regal marble lions Patience and Fortitude, named so during the 1930s by Fiorello LaGuardia, Mayor of New York and walked into the lobby or Astor Hall. A magnificent space covered with marble on every surface, it has two broad staircases that lead up to spaces reminiscent more of European palaces than staid libraries. I looked entranced at the many painted ceilings, intricately and richly carved wood on various walls and reading rooms decorated with wall murals, paintings and elegant chandeliers.

At last, I reached the historic Rose Main Reading Room located on the third floor of the library building. To call it grand or ornate would be almost an understatement. This is the largest public room in the building, its length nearly equivalent to two city blocks with high gilded and carved sumptuous ceilings displaying murals of curling pink clouds and azure skies. There was a little crowd gathered at the entry, all busy clicking pictures in a hushed atmosphere, taking in the rows of glistening chandeliers shining above the carved rows of reading tables fitted with gorgeous lamps and full of people, some reading, others on their laptops and some taking a snooze unmindful of the tourists milling about.

Before leaving for my next stop, I stopped by the Children's Reading Room to see Winnie the Pooh and his friends. There they were in a glass case, the original Winnie the Pooh teddy bear doll and his four friends Eeyore, Tigger, Piglet and Kanga who belonged to the real Christopher Robin, whose father A. A. Milne wrote tales about them, after creating his stories first as bedtime tales for his son in 1921.

Still having a few extra moments at hand, I took a walk on 41st Street and Fifth Avenue, just a block away from the Main Branch to see Library Way, similar in thought to the Fashion Walk of Fame. Having done a google search before this outing, I knew that it was best to approach the library by that way, walking in from Park Avenue and seeing the glorious view of the library building while reading famous quotes from literature and poetry embedded in bronze plaques on the sidewalk at regular intervals.

There are 48 plaques repeated on either side of the street and while it is hard to read all of them due to the constant footfalls, parked food carts and sidewalk vendors, I succeeded in reading some of them. I read, "Everything is only for a day, both that which remembers and that which is remembered," from "Meditations" by Marcus Aurelius Antoninus (A.D. 121-180) and marveled at how the quote was engraved within a calendar page representation, all dates filled with a to do note almost as if it was real. And the one that became my favorite, "Truth exists. Only falsehood has to be invented," from "Le Jour et La Nuit" by Georges Braque (1882-1963), the French artist associated with Fauvism and Cubism.

Doing these less touristy things while being smack in the middle of the most popular New York City sights gave me an insight into the hidden gems of this very vibrant city and I found it to be a much more memorable experience. 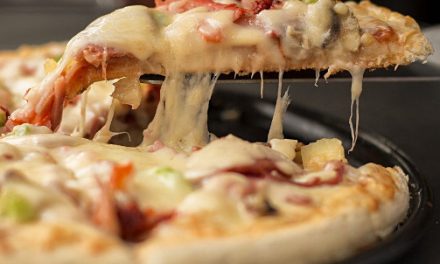 Italy May Have Invented Pizza,
but Di Fara Perfected It