How I Spent Six Hours in Versailles 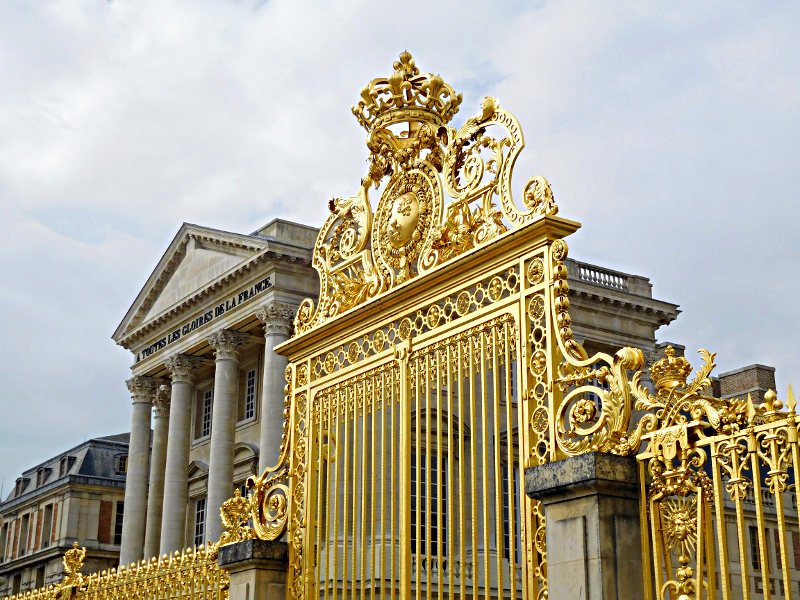 Versailles – there really aren’t words to describe it. Amazing, magnificent, dazzling, over-the-top, breathtaking just don’t do it. I had to see it for myself. And it is everything I ever imagined.

I made a day trip from Paris to Versailles, twelve miles away and easily reached by train. The RER C train from the St. Michel/Notre Dame metro stop took me directly to the Rive Gauche station in Versailles and that’s about a quarter mile from the chateau. I was surprised to learn that the ticket I had purchased online did not allow me to skip the line. It just got me through the turnstile slightly faster. So, even in March when the tourist count is relatively low, I had a two-hour wait in line. The only way to avoid this is to buy a package that includes a guided tour.

This is where I picked up my free audio guide and started my tour through the grand Chateau de Versailles where the Sun King and his 20,000 courtiers lived, dined and entertained. The chateau dates from the 17th century and started out as a hunting lodge. Then, in 1682 it became the seat of power when Louis XIV moved it from Paris to Versailles, and that lasted until the French Revolution when the royal family was forced to move back to Paris. Today it is one of the most remarkable museums in the world.

I was awestruck by its most famous room, the gilt-encrusted hall of mirrors, a large gallery and reception area built between 1678 and 1684. Three hundred fifty-seven mirrors cover the wall spaces between seventeen arches along one long wall, and each set of mirrors is opposite an arch of the same size overlooking the gardens. The reflections in the room make it look even larger than it is. In 1919, the Treaty of Versailles which marked the end of World War I was signed in this hall.

I slowly made my way through the rest of the chateau, admiring the lavishly decorated Grand Apartments, the opulent chapel where Louis XVI and Marie Antoinette were married, and the clock room with its 250-year old clock. It was almost too much to take in. I imagined how the young Marie Antoinette must have felt living here amidst all this splendor when all she ever wanted was to be like everyone else.

Behind the chateau is almost 2,000 acres consisting of gardens, waterways and the trianons and hamlet. Being somewhat weary from my visit to the chateau and wanting to visit the trianons and hamlet, I decided to take the trolley rather than walk the mile to get there. It is a beautiful trip. I passed waterways where Louis XVI rowed his boat, fountains that put on a spectacular musical show on summer weekends, impeccable lawns, geometric beds, rows of statuary and peaceful meadows. 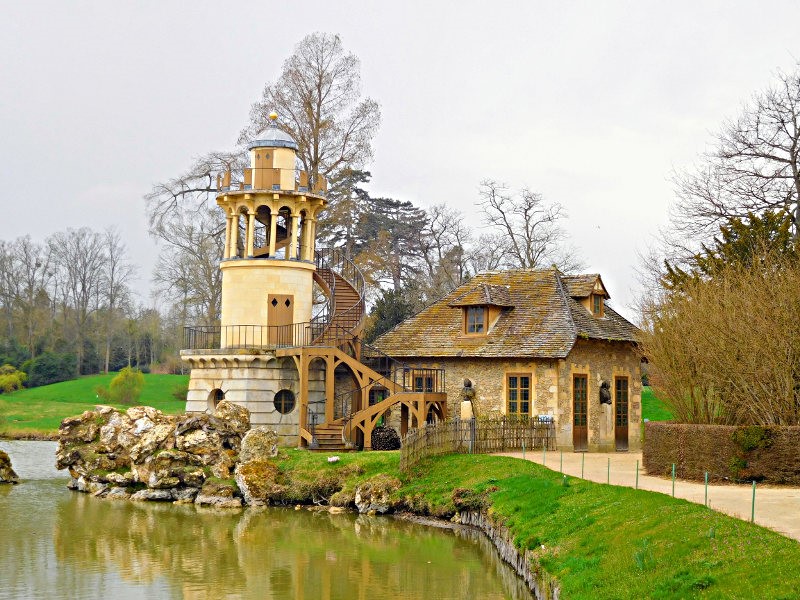 I did not have time (or energy) to visit the Grand Trianon, Louis XVI’s private cottage in the woods. But I enjoyed seeing Marie Antoinette’s Petit Trianon and hamlet where the teen queen played out her wish to just be like everyone else.

The hamlet provided a place where Marie could get away from the formality of palace life. This is a quiet area of meadowland, ponds, rolling hills and woods where she built little thatched-roof houses and other lovely but simple structures. Here Marie could live a quiet life, dressing like a milkmaid, feeding the animals and frolicking in the grass. The hamlet is not far from the Petit Trianon, her unassuming “weekend cottage” where she wore comfortable muslin dresses and played cards with her closest friends in a cottage that looks like it was decorated by Laura Ashley.

Elizabeth von Pier is a retired banker who loves to travel. In her retirement, she finally has the time to travel extensively and has developed her talent for photography and writing. Her articles have been published in Travel Magazine, WAVE Journey, Travel Thru History, Hackwriters, In the Know Traveler, and Go Nomad. When she’s home, Ms. von Pier lives in Hingham, Massachusetts.