Atsuta Shrine attracts around 9 million visitors annually, and houses one of Japan's three imperial regalia, placing it among the country's most notable places of worship. Legend has it that over 1900 years ago, the goddess Amaterasu Omikami handed down to the imperial family a sacred sword which came to be one of the three regalia (curved jewels and a sacred mirror make up the other two). Also enshrined at Atsuta are the divine ancestors of the Owari clan, the indigenous people of Nagoya and the surrounding region. Atsuta Shrine On June 5th, the shrine will hold its annual Main Festival, or "reisai" in Japanese. Solemn yet colorful ceremonies begin promptly at 9am and continue throughout the day with events dedicated to Atsuta's enshrined deities. This is a good opportunity to see several Japanese traditions like tea ceremony, Noh theater, flower arrangement, and kendo. Some lucky visitors manage to catch a glimpse of the emperor's messenger delivering offerings from the Imperial Palace in Tokyo. Nighttime is an especially memorable time to be here, as tall lantern clusters and elaborate fireworks light up the night skies. Food stalls offer up tasty festival fare. This grand event draws 250,000 locals and tourists every year, so plan ahead and arrive early. Atsuta Shrine sees 9 million visitors a year, with 3.5 million paying New Year visits in late December and early January.

The shrine is accessible from downtown Nagoya in 7 minutes by JR Tokaido Line or Meitetsu Line. Get off at Atsuta Station (for JR) or Jingu-mae (for Meitetsu) and find access to Atsuta Shrine a short walk west of the tracks. For more information, see http://www.atsutajingu.or.jp/eng 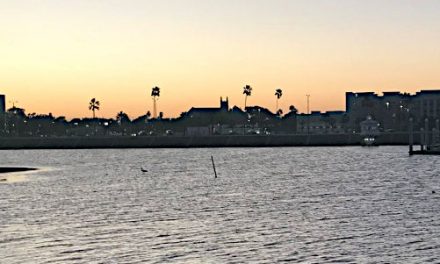 Corpus Christi, City by the Sea

Collectors Rejoice in the Cook Islands